Last week, I teased the idea of a winter retrospective on our vagabonding adventures.  This week, I suppose I’ll deliver.

Now, when I say “winter,” I loosely mean “everything from when it starts to get cold until it stops being cold.”  So, we headed out from our Michigan place at the end of September, and traveled pretty constantly until last week.

I will note that we did return “home” (ish) in November and stayed in the Midwest until New Years.  The purpose of this unplanned return was to sell our old townhouse in the Chicago suburbs, so we actually spent a good bit of time staying at that townhouse, and then hotels in the area.  So, with the logistics, transit and moving, and the fact that our original plan involved Key Largo in November and December instead of a Michigan-Illinois mish-mash, I’m just rolling the whole thing into one giant ball of transit.

Whew.  With caveats out of the way… Everyone likes to take a data-driven approach these days, so let’s do that.

Our Vagabonding Season, by the Numbers

Alright, here are the raw stats of our travels.

Let’s break that down now, with a qualitative analysis.  And, if you’re so inclined, you can read back through the digest history and see me blog about all of these places.

We have developed a habit of leaving our current location when the time comes to take the boats out of the water.  So it went last fall, at the end of September.  We hit the road, taking a leisurely two day drive to Newport, Vermont, where we setup to leaf peep.

Vermont was a cold and beautiful place.

We enjoyed the Norman Rockwell-esque scenery and day trips to Montpelier, Burlington, Montreal, and some other out of the way places.  Our stay involved a lot of hiking, the Cubs losing in the playoffs (boo), and scenic driving along, windy, narrow New England roads.

Destination Highlights: Maple syrup, the spectacular fall colors, low enough light pollution to see the Milky Way every night, looking out on a lake that became more scenic as the leaves fell, Burlington, and quiet evenings beside the cozy fireplace.

Destination Lowlights: Doing furious battle with a wasp nest, the small, but surprisingly in-your-face meth head population in Newport, colder weather than Michigan, and the 2 days of non-stop rain that marked our drive home. 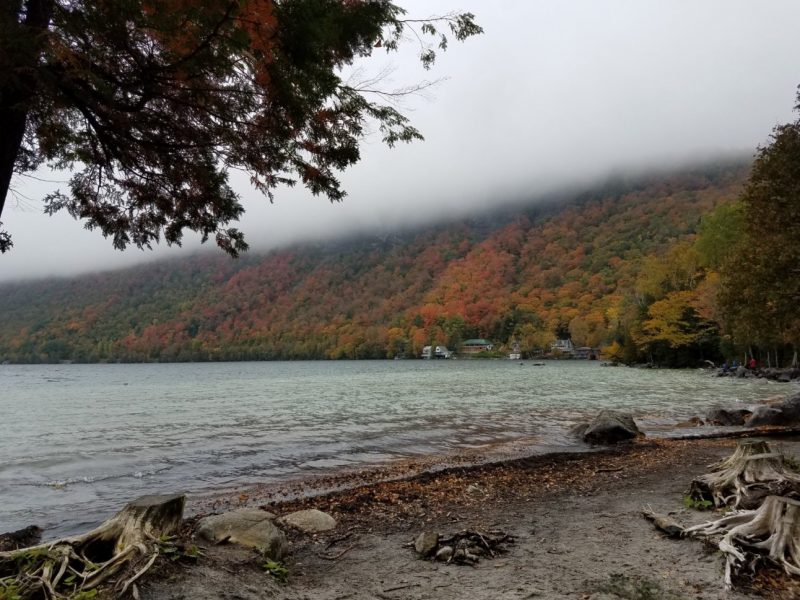 After leaving Vermont, our goal was to head to Illinois, negotiate the closing on our townhouse, move the last remaining items, and wrap that all up before Thanksgiving.  This was to allow us a victory lap down the Keys for 5 weeks.

Alas, life had other plans.  Logistics, protracted negotiations, work, and one of our cats somehow getting fleas all conspired to maroon us going back and forth on the frozen wasteland between Cassopolis Michigan and Wheeling, Illinois.

There’s not much more to say here.

Destination Highlights: Finally getting rid of a townhouse after 2 years empty and on the market, surprisingly — my high school reunion (plus a long weekend staying in a hotel in Chicago’s Loop), the wine tour weekend I bought Amanda for her birthday, seeing friends and family.

Destination Lowlights: Ugh, everything else. 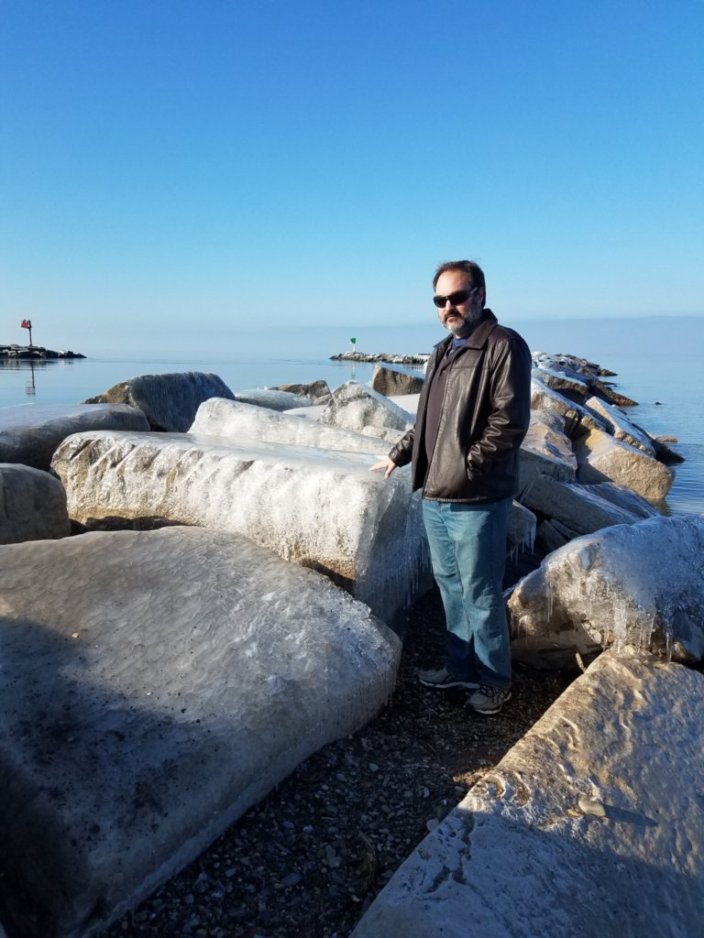 By a few days after New Years, we’d had all we could take.  We packed up the top loader, and drove south until we hit Texarkana, where we paused for a night before continuing on to Austin.

To be more specific, we were staying in unincorporated Austin, which was actually probably a 30 minute drive from downtown.  We were right on a lake called Lake Travis, and we stayed in one of the coolest places we’ve ever stayed.  You could crawl up into a crow’s nest on the deck, look out over the lake, or take in blood-wolf-moons and other impressive astronomical events.

We visited downtown Austin a fair bit, including spending a weekend at a hotel there, and we also checked out nearby San Anton’.  This was another locale where we hiked a lot and drove a lot to check out local scenery.  Work got a little burnout-y from time to time there, so we might not have carpe’d as much diem as we could have.

Destination Highlights: Tacos (especially of the breakfast variety), barbecue, the best brewery I’ve ever been to, a wonderful day along San Antonio’s riverwalk, the family of deer that lived in our backyard that I’d watch every day, incredible sunsets over Lake Travis, and surprisingly, a brew-and-view date night that Amanda and I took.

Destination Lowlights: The aforementioned scorpion battle, the fact that it was hard to walk much of anywhere, the aforementioned heavy workload, the second weirdest Uber driver I’ve ever encountered (also sort of a highlight), and the fact that everyone in Austin drives a pickup truck and has no interest in remaining in their own lane. 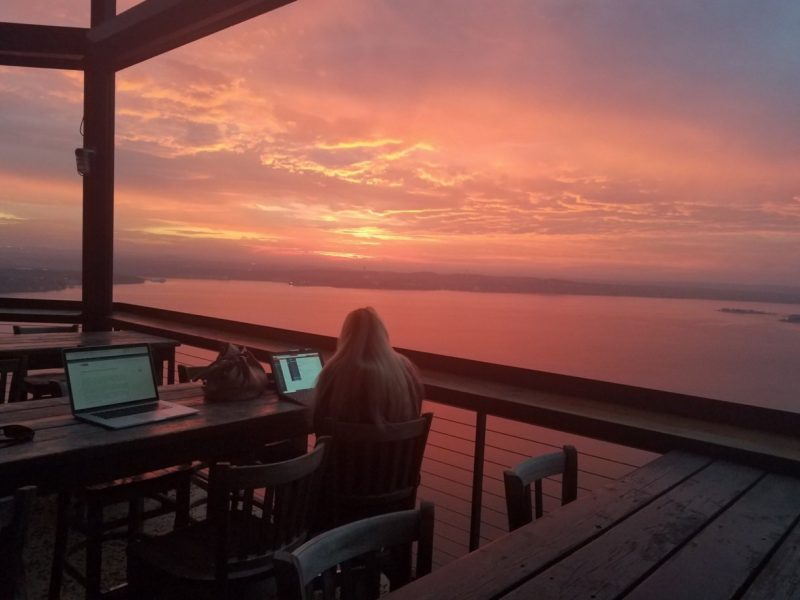 We might have stayed longer in Austin, but someone else had rented our place.  So, we had to to move on.

We dithered a lot in picking, but kind of at the last moment found a place right on the beach in Isle of Palms, which turned out to be a wonderful destination.  The house, predictably, had an ocean-beach-house kinda vibe.  It was roomy and my office setup featured maybe the best view I’ve ever had.

In Isle of Palms, we took it relatively easy.  Usually, we’re sort of aggressive-touristy when we slow travel.  But our quasi-burnout and the fact that local life was beach life led to us, well, spending a lot of time a the beach.

We did range out a bit and take some tours, but evenings and weekends featured a lot of laying on the beach reading, walking along the beach looking for shells, and sipping cocktails on the beach while looking out at dolphins and sunsets.  (Yes, I realize that the sun sets in the west, but Isle of Palms is actually positioned facing more south, and you could look to your right and see the sun go down.)

Destination Highlights: A plantation tour that featured both lots of wildlife and lots of history, moonlit walks on the beach (cheesy, but true), lowcountry food, animal encounters that included bottle feeding baby goats and walking anteaters, Charleston itself, and spending a month on the Atlantic.

Destination Lowlights: Losing an expensive pair of sunglasses on the beach, the no-see-ums that tore me to shreds, also I’d like to reiterate the no-see-ums, and really, that was about it. 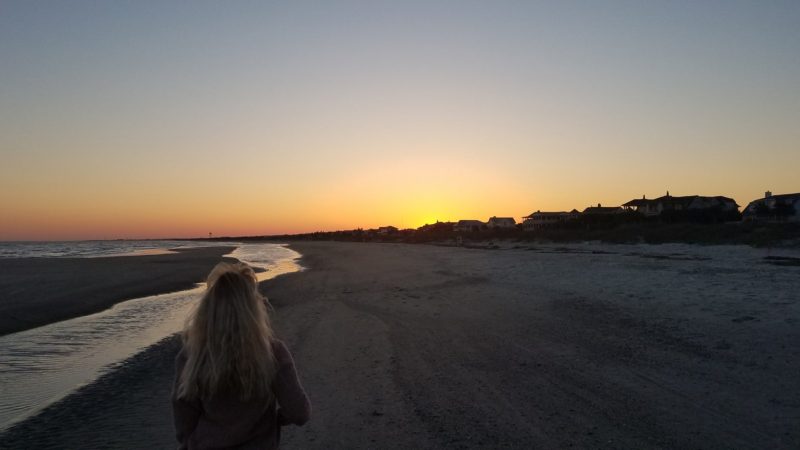 We stayed in Atlanta for 10 days, with the main goal being to catch a Cubs-Braves game.  This was not long enough to get to know the place.

Destination Highlights: Seeing a new baseball stadium, the awesome birthday Amanda planned for me, randomly stumbling into an awesome all-you-can-eat sushi place, the scooters in the city.

Destination Lowlights: The Cubs’ performance, having to work a LOT, feeling sick as a dog the entire drive from Isle of Palms to Atlanta. 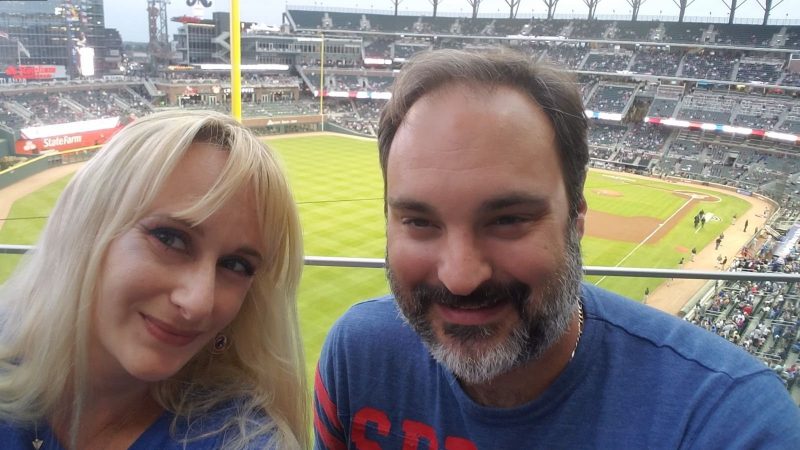 April – May: Ramrod Key, Florida (about a half hour out from Key West)

I actually wrote about Ramrod Key pretty extensively and recently.  So, I won’t go into detail here, other than to summarize.

We left Atlanta and had an easy, warm drive south.  Ramrod Key and our AirBNB located therein constituted paradise.  And that isn’t just Amanda and me saying this — we got outside corroboration.

While there, we had the pleasure of visits from friends and family, and we could not have been happier.  Both of us viewed staying in the keys as more of a life experience than something that we thought would captivate us, but boy were we wrong.  Neither of us wanted to leave, and we think we may head back next fall.

On top of all of the pleasures you can read about in my summary, my brother and sister in law visited us, as (separately) did a good friend of mine.  Together, we all reached broad consensus that the lower Keys were an ocean-lover’s paradise.

Destination Highlights: Lizards everywhere, the freshest seafood imaginable, driving to Miami to see the Cubs beat the Marlins, the quiet, snorkeling, kayaking, paddle boarding, coffee in the morning looking out over the canal, watching sunset while eating dinner on an island, fishing charters… wow, I could go on, but I’ll stop.

Destination Lowlights: Sweltering heat if you’re inland, no-see-ums (though these bothered Amanda more than me), the slightest incident blocking traffic or knocking out power to everything, trying to turn left onto Route 1, and the occasional run-in with Florida Man. 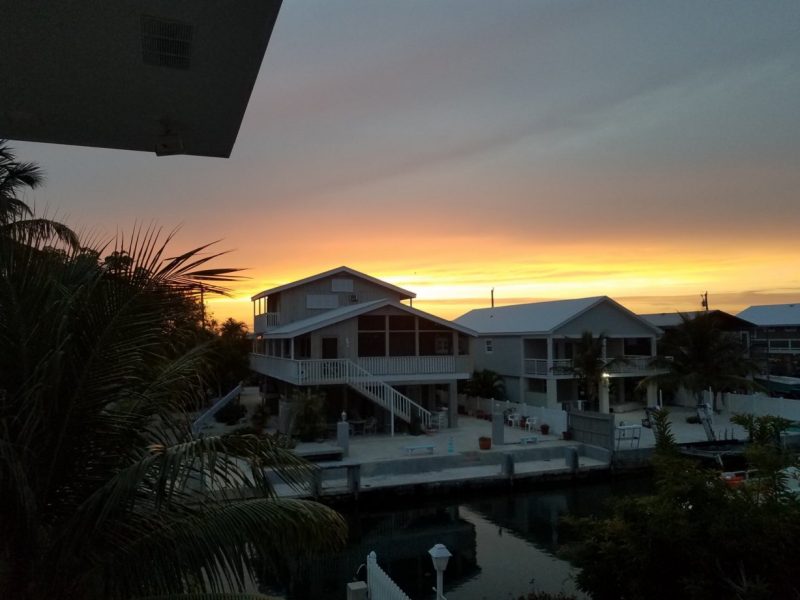 On the way home, we decided to schedule a visit with a client.  So we made a fun business trip out of it, staying in a hotel in Raleigh for about 10 days, though with a fairly heavy work schedule.

We did, however, make time to explore both Raleigh and Durham, sampling local food, attending an art fair, and seeing Lemurs.

Destination Lowlights: Our Jeep’s AC giving out in 90 degree heat, spending our first day too exhausted from travel to do much of anything, the worst room service food I’ve ever had in my life, and staying in a small-ish suite with our cats for 10 days. 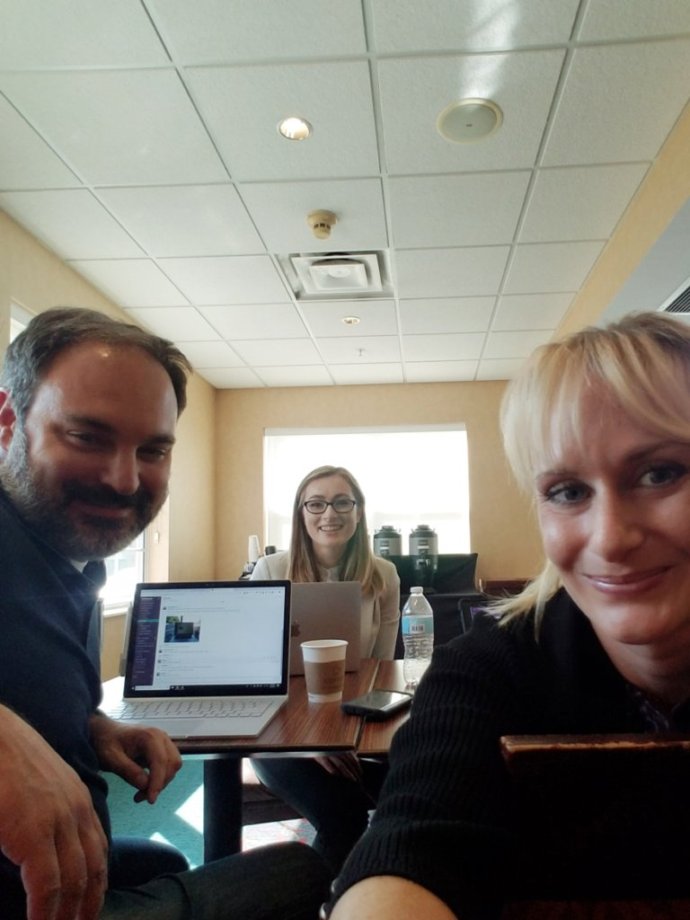