DaedTech Digest: Fear and Loathing at the Ben & Jerry’s Factory

We’ve had a good run in Northern Vermont (and a little in Canada), but we’re going to be wrapping up soon and heading back to Michigan.  (Well, actually, to Chicago-land, but that’s a different and sort of boring story.)  So we’re trying to sneak in all of the site-seeing while we can.

This led us, last weekend, to put on our best tourist hats.  And, if you’re a tourist in northern Vermont, especially on a day with rain in the forecast, you kind of have to tour the Ben & Jerry’s factory.  We looked on the site, thought it seemed fun, and noticed they took no reservations.  So we headed out for a 40 minute drive there to watch them make ice cream and then eat it.

It was a solid plan, but it all went terribly wrong.  I’m an introvert that prefers a massive bubble of personal space, and who doesn’t much care for touching strangers or being touched by them.  I loathe dense crowds.

We walked into the Ben & Jerry’s plant, and it appeared that the entire population of Vermont was in the lobby. There was yelling, jostling, pushing and crowding.  The air had to be 10 degrees warmer than anyone would have selected on a thermostat.  It was like elbowing through the crowd at the Louvre straining to catch a glimpse of the Mona Lisa, but instead of the Mona Lisa, there was Funky Monkey.  Someone almost knocked Amanda over trying to get to the ticketing window.

And so, with no ill will toward Ben or Jerry, we bid a hasty retreat.

When Life Gives You Lemons, Leave them at Ben & Jerry’s and Let Them Make Lemon Ice Cream

This was a pretty big bummer because we found ourselves with no plans for the day at about noon.  But it actually worked out great.  We meandered over in our car to nearby Montpelier, where we discovered a mountain/forest preserve in the middle of the town.  We spent about 2 hours hiking around, and then decided to drive to Peacham, Vermont because it had a good view, or so Yelp or something said.

Peacham did have a good view.  Spectacular, in fact.  But there was really nothing there and nowhere to park, so we drove through it and just kept driving.  We found ourselves in a town called Littleton, right across the New Hampshire border.

Littleton was a really scenic town with a long river walk, shops and restaurants stretching out a long ways, and even a brewery restaurant and tasting house overlooking the river.  We passed delighted hours at a place neither of us had ever heard of that morning.

The moral of the story?  One of the beautiful things about slow travel is that it lets you turn busted tourist plans into unstructured days where you discover views like this one. 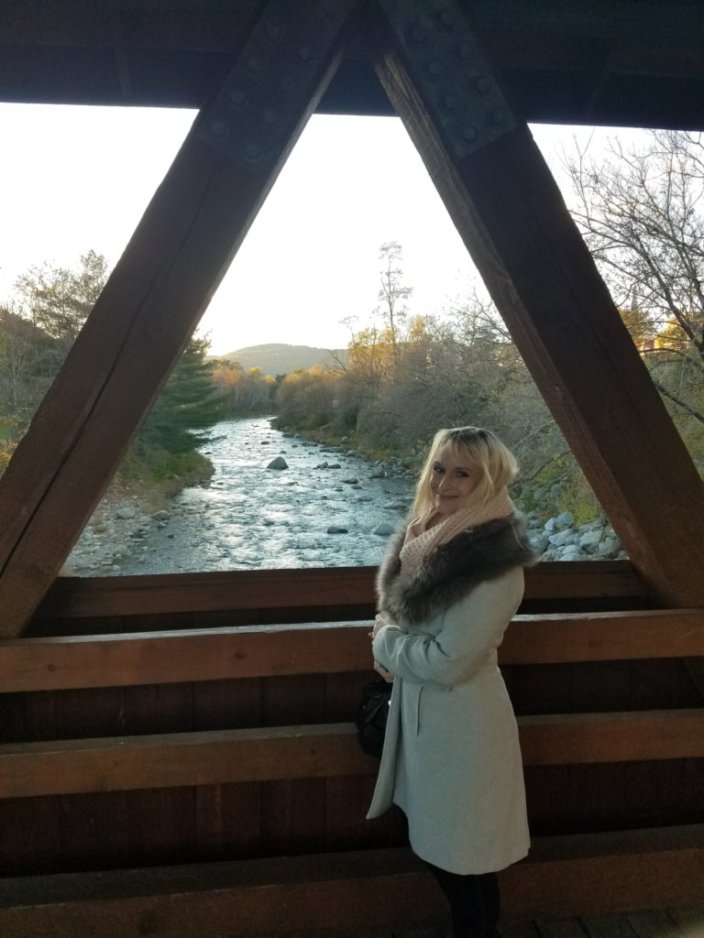 As always, have yourselves an excellent weekend.