DaedTech Digest: What is Slow Travel?

Last time on the digest, I answered a question about whether or not I viewed myself as a tourist.  While answering that question, I used the shorthand term, “slow travel.”  This week, I figure I owe a definition to anyone that hasn’t heard that turn of phrase.

What is Slow Travel?

If you Google this term, you’ll get… interesting… results.  You’ll probably see a lot of quasi-spiritual takes and wishy-washy definitions.  Let’s put those aside, and define it sort of simply.

When I talk about slow travel, what do I mean?  I frequently describe our travels using this term.  To define it, let’s first think about it in the negative.  What would “fast travel” mean?

Fast travel is what you do on your vacations.  You fly to Paris and then you… (deep breath) go to the Louvre, see the Eiffel Tower, check out the Arc de Triomphe, and Notre-Dame Cathedral.  And that’s just day one.  You say, “I’m going to hit everything or die trying!”

It’s what you’re used to as a tourist.  It’s the default.

What is Meaningful (Slow) Travel?

Slow travel is something else, entirely.  To me, it’s the idea of visiting a place not as a vacationer, but as a temporary resident.  You move there for a short period of time.

I reject a lot of the other definitions I see because they dump on tourism.  It’s as though being a tourist were some kind of culturally inferior experience and that you should aspire to be far to cool to do it.

How do I reconcile this?

Well, by moving to places and spending months there, while also taking in touristic sites.  I reconcile the apparent contradiction by existing somewhere as a quasi-local while also enjoying the sites.  If I were in Paris, sure, I’d see all the places I mentioned.

But I’d also gain an appreciation for the subtleties of being a resident.  What’s it like to go work in a coffee shop for an afternoon?  When is the best time of day to head to the gym?  What’s an extremely uncrowded place with great breakfast?  You get the idea.  Slow travel means getting to know a spot the way you get to know your own neighborhood.

In that vein, here we are conducting a meeting over beers at a place called Sip, in Phoenix. 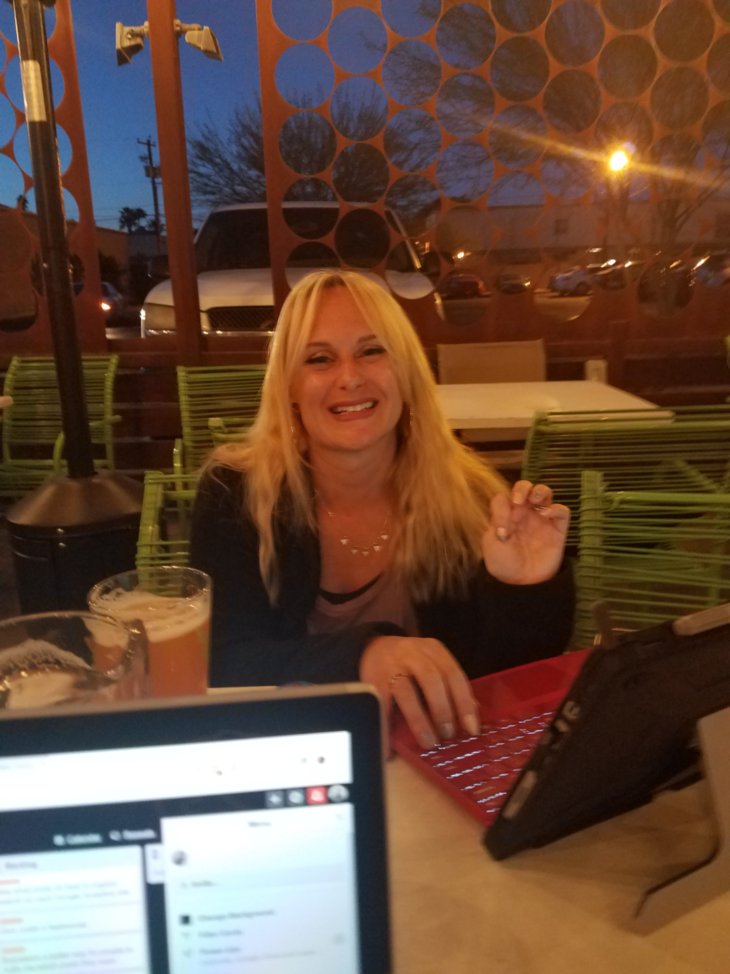 And, as always, have a good weekend!