The Siren Song of the Long Term Engagement

These days, I find myself getting more and more transparent about, well, everything, as if I were Pat Flynn.  Last week, I discussed a semi-fictional gig, but with realistic prices.  And last fall, I explained, essentially, how my career has worked and why I have money.  That was a fun one.

And, it was from the comments of that post that today’s reader question comes.  At one point during that tour de force of a post, I said that “consider the siren song of long term contracting.”  This prompted a comment that I logged as a reader question.

I am particularly interested in why you describe long term engagements as a “siren song”? I have been independent for 6 years. 3 of which was spent at my 3rd client. There I made the mistake of remaining hourly.

Currently I maintain an agile R&D posture to my services; hourly to assess and propose for 30-45 days, then fixed bid for 3 month contracts. But this is a repeatable process where the client lines the next one up. My downtime is minimized. I see this as a good arrangement.

What pitfalls are there in a long term (3 yrs.), single client business model?

It’s an interesting question.  Let’s get into it. 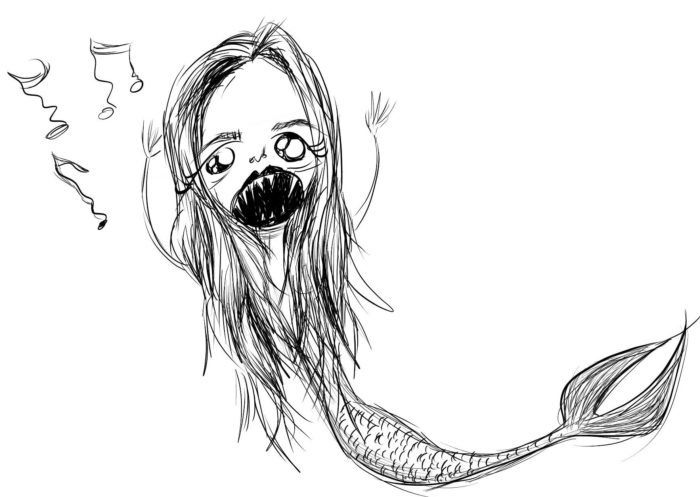 If you opted not to click on the link to the previous post, I’ll offer a little more context around my comment.  I was talking about “four seasons” for a solo consultant.

The point of that post was to answer a reader question about my life as a solo consultant.  And I was explaining that my life varied a lot depending on my current “season.”  A week onsite during an engagement looks a lot different than a week at home, working on the business.

It was here that I alluded to the “siren song” of long engagements.  In context, I meant that each of these four seasons is necessary, if not equally fun.  So prolonging the engagement indefinitely is a siren song — something alluring and attractive that leads you to doom.

The alluring and attractive part is easy to understand.  During all of the other seasons, you’re hustling instead of reliably making money.  So prolonging the money-making part sounds pretty great.  Where does the doom part come from?

The Danger to the Client

I’m going to start out being a good citizen.  Let’s talk a little bit about the danger to the client.

Clients typically don’t bring in consultants when everything’s great.  They don’t say, “hey, let’s pay someone $250 per hour to bear witness to our awesomeness for 3 weeks of 40 hours each.”  Usually, they call you in when things are weird or sideways in some capacity.  Or maybe it’s when things are find or just starting, but they’re worried that they’re going to go sideways in a hurry.

In either case, they’re worried.  And you’re a savvy service provider with a lot of expertise who can talk a big game and (hopefully) deliver an even bigger one.  They will often latch on to you like a drowning victim to a life preserver.

I’m not exaggerating when I say that I’ve lost track of exactly how many clients have offered me salaried positions.  No interview, no nothing.  Just “I’d start you running X department next week if you’d take the gig.”  As much as I’d like to think this is because I’m some kind of singular corporate genius, I know that’s not true.  It’s because I’ve supplied a tiny island of competence in a sea of ineffectiveness.

So what’s the danger for them?  Their siren song, if you will?  Well, you’re not (in all likelihood) going to acquiesce and go salaried.  So the danger is that they start radically overpaying you to stay on beyond your original charter and do other, often less valuable, stuff.

Alright, so I’ve said my piece on the client.  Their siren song is they get addicted to your competence and they overpay you.  They bring you in for a high value, high leverage thing like training their developers to do TDD.  And then you stick around writing code, fixing the build, and cleaning up miscellaneous tech debt.

They’re overpaying for this.  At first, they know it and don’t care.  They’re star struck and they’re eternally grateful.  Well, maybe not eternally, exactly.  But they’re grateful, and they will be for a while.

Just how long is that “while?”  Well, you’re about to find out by sticking around indefinitely.

When you’re a short timer, you have the cachet that I described in my “always be leaving” post.  But once you agree to stay, indefinitely, the luster wears off.  Gradually, at first, but then insistently.

You came in as the high end consultant on rarefied air.  But then you stick around, and the luster wears off.  You eat cheeseburgers for lunch, just like everyone else.  And, after a bunch of months, you don’t seem as special as you used to.  Just one of the crew.  Alex at the Daily WTF describes this as value convergence.

This has an impact on your brand, too.  In-demand consultants move around a lot.  They have more business than they know what to do with.  You?  You spent 15 months at EnterpriseCo, and other buyers know what that means.  It means you settled in for a while as a pseudo-employee.  You no longer look like a constant — you look like a pseudo employee Robert Half “consultant.”  You look like a grunt contractor.

So the doom behind the siren song comes initially in the form of degradation of your brand.  You spend considerable time and effort and incur considerable risk to achieve employment escape velocity.  And then you decide the Earth looks so inviting that you let is suck you back in.  You look like an employee.

But it goes deeper than how you look.  How’s your acquisition process going?  How are the other 3 “seasons” doing while you languish in the indefinite engagement, simulating employment.  Are you at the top of your sales game?  Are you improving your offering ladder?   Or are you just coming home on Friday, like any other workaday employee, too tired to worry about the “side hustle” that your business has become?

And to me, that is truly the doom behind the siren song.  You’ve done the considerable legwork to build a business, and you let it go for the dulcet tones of temporary comfort.

Do Acquisition Until it Hurts

One of my absolute favorite aphorisms, often used by self-described agilistas, is “if it hurts, do it more.”  That’s the advice I’d give any consultant, efficiencer, or entrepreneur.  As a technically oriented consultant, sales hurts.  Finding new gigs hurts.  Convincing others of your values hurts.

Engaging with one client for months (or up to 3 years) isn’t a business model.  That’s called job hopping.  You can’t scale it, build on it, automate it, or delegate it.  It’s a treadmill.  It’s a lucrative treadmill, making it a siren song, but a treadmill nonetheless.

The question asks what the pitfalls of taking on an exclusive client on for months or years are.  The pitfalls are actually pretty minimal, all things considered, making it an attractive proposition.  You’ll be comfortable, because you’ll be an employee in all but name.

I like the last line, “you’ll be an employee in all but name”. As a regular reader of your blog and your book Developer Hegemony I am convinced of the basic idea that getting paid hourly is a bad deal as a developer. The deal is even worse if you are a good developer as that effectively means you are doing more work for the same pay. My own exit strategy goes like “be a consultant in all but name”. Although I am a full time salaried developer, I’m getting out of code slinging in my nine to five job… Read more »

Congratulations on your success positioning yourself that way — it’s an excellent path. It’s also really cool to hear that folks are putting these concepts into practice and starting to carve out expert roles in this field.

It’s partly for this reason that I no longer take full-time (in the “40 hours a week” sense) engagements, even if they’re remote (so I don’t have a commute). I have had a “most-time” client (averaging about 5 hours a day) for the past two years, at a great hourly rate. (Let’s skip the whole “hourly rates are BS” rant.) However, I recently added some short-duration advisory services (as opposed to long-duration, possibly multi-project, code-slinging services) to my lineup, so I can maintain variety, stay “fresh”, build more of a portfolio of past clients, make DARN sure the IRS doesn’t… Read more »

I prefer to fixed/value price things, myself, but far be it from me to criticize others’ arrangements if client/provider are both happy. Having a 5 hour work day sounds pretty sweet to me, and I think you’re absolutely right that those are good signals to the IRS that you’re not a contractor masquerading as an employee (though I’d think that’s more an issue for your client than for you)