I realized something this week.  Specifically, while I field a lot of questions about slow travel as part of the digest, I don’t spend a lot of time specifically chronicling places of interest.

But that’s exactly the content I’d want to read if the roles were reversed.

So, I’m going to create the content I want to see in the world.  And, while I’d advise against this strategy for content marketing, it’s perfectly fine for a hobby blog.

And thus I give you my initial impressions of the lower Florida Keys.  On Monday, we left Atlanta Georgia and drove about 12 hours south to arrive in a little key called Ramrod Key (it’s okay, I snickered too the first time I heard it).  We’re now staying in a nice elevated house on a canal that empties into the sea.

We came here because neither Amanda nor myself have ever experienced small island living.  She’s never been to the Keys, and I’ve only previously spent about 3 hours here, in Key West, at a cruise ship port of call. 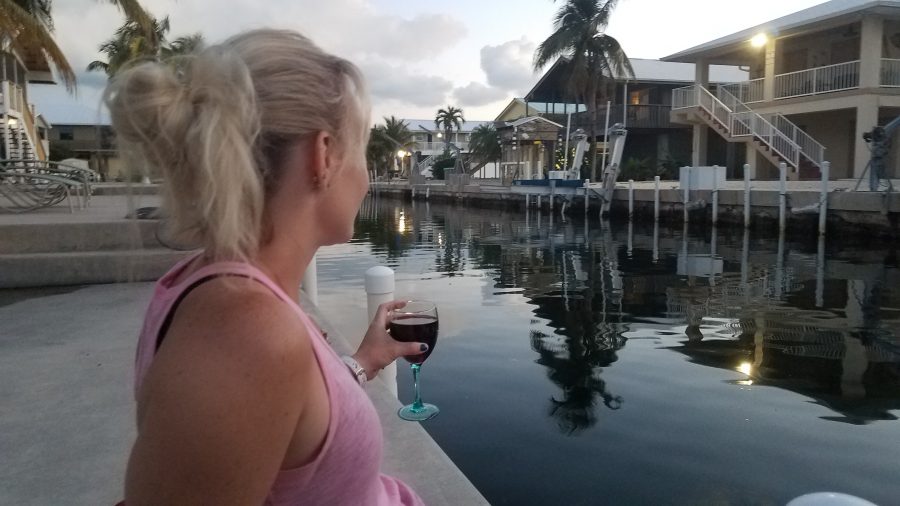 I’m starting with this one because it was the first thing, chronologically, that I could speak to.  We drove in well after dark, so I couldn’t really see much.

But we did stop at a gas station, earning ourselves a slice of life.  I kinda expected local people to have a “Salt Life” vibe: divers, surfers, fishermen.  And, while that’s probably true in a lot of cases, the people at the gas station seemed more like… hobos.

We went in to pick up a few sundries, not knowing if our AirBNB would have anything stocked.  And, while there, we encountered a number of loiterers and other ‘shoppers.’  They were buying varying ratios of Red Bull, bad beer, and chewing tobacco, and some of them were yelling about whatever upsets drunk people that are missing teeth and hanging out at a gas station.

And, the people at stores and whatnot have been nice enough, and undifferentiated from other places.  So, I guess, too early to get a definitive vibe.

Here, I have very little idea.  We got groceries the first day, and have been cooking at our place.

The only sense I have so far is that there’s a little “grocery” in walking distance, which is really just a place that has a few sundries and serves Cuban food for lunch.

We’re pretty close to Cuba, so I think that counts.  And the food smelled good, but I have yet to eat it.  Will report more later.

This, I can speak to with a bit more authority.  We came to this area because we wanted to experience Caribbean and island living.  And, we’re certainly getting both.

Granted, there’s a road that runs through the keys (route 1), so you can always drive off of the island.  But, still.  I can easily walk in any cardinal direction and quickly hit the sea.  In fact, I’ve already mostly circled the island’s perimeter in my daily jog.

As best I can tell, the island has 2 restaurants, a hotel, the Cuban food ‘grocery,’ and a landscaping business.  Beyond that, it’s just a handful of houses.

We can drive over to the next keys in either direction at any time (or walk along A1A if we wanted).  And there are bigger keys within 15 minutes driving that have proper grocery stores (Winn Dixie) and such.  But it’s a really interesting thing to be on an island with so few things.

The more we travel, the more I tend to notice wildlife, even including birds, which I’ve never historically cared about.  So, I’ll talk a little about that.

We’ve learned that the Keys is home to alligators, crocodiles, “Key deer,” sea turtles, and various other exotica.  We’ve seen none of those things so far, but I’m hoping to report later that we have sought them out and seen them.

But here’s what we have seen.  There are huge iguanas and little skinks that roam around here, everywhere.  You will probably trip over one if you come.  We’ve also seen pelicans, some kind of giant buzzard, grackles, and lots of fish in the harbor.

What we haven’t seen any of is palmetto bugs, which is great.  We saw them in both Austin and South Carolina, so it’s weird not to have seen any yet here (knock on wood).  We’ve also seen no scorpions.  Apparently, there are some here, but they’re not super common.

I think I’ll wrap my first impressions here, and leave off with a picture.  And, if you’re wondering anything about what life here is like, fire away in the comments with your questions! 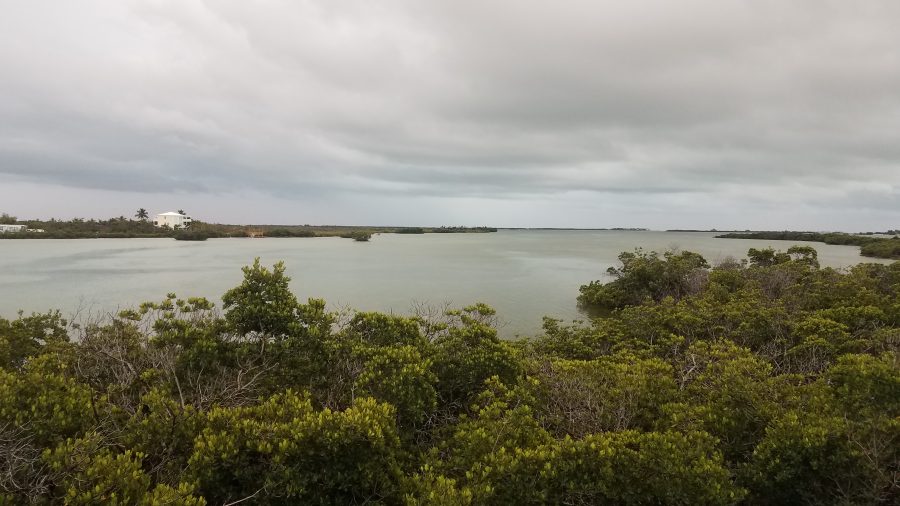 Can you talk more about the birds