Salary Transparency as the Fault in Our Stars

A few years ago, Hollywood produced a movie that I didn’t see and still haven’t seen, entitled The Fault in Our Stars.  I assume this movie’s title riffs on a quote from Shakespeare’s Julius Caesar.  And it is that quote to which I refer as a segue to talking about salary transparency.

The fault, dear Brutus, is not in our stars,
But in ourselves, that we are underlings.

I read Julius Caesar in high school, but if I dust off my literary dilettante credentials, I kind of remember what this meant.  Cassius, the speaker, was telling Brutus, his eventual co-conspirator that fate/the divine wasn’t installing Caesar as a monarch.  Instead, they were, by acting as underlings.  Cassius was saying, “God isn’t doing this — we are, with our inaction.”

And, naturally, this relates to the idea of salary transparency. 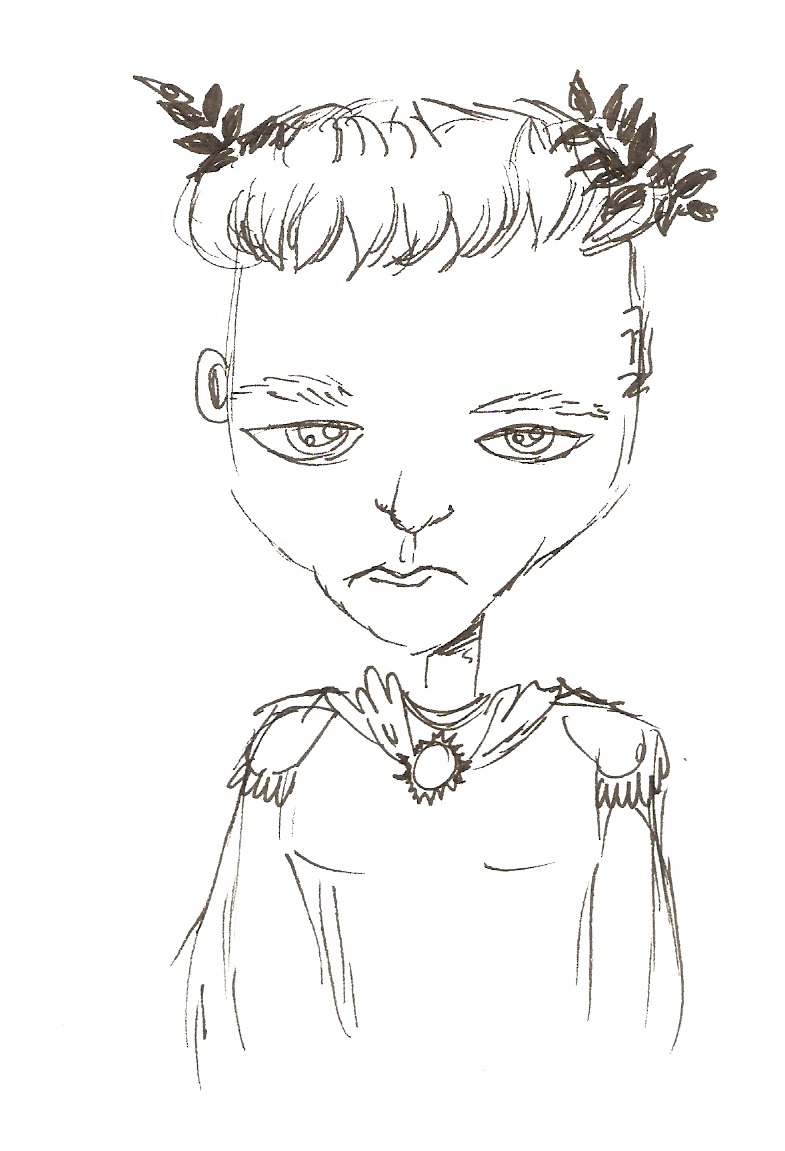 If you’ve never heard of salary transparency, that’s understandable, particularly if you live in the US.  Ever gone out to dinner with friends and asked to compare salaries when arguing over the check?  No, of course not.  Telling other people what you earn is considered gauche.

If this is true in social situations, it’s doubly true in the workplace.  You don’t wander over to Doris’s cube plop yourself down and say, “so, whaddya make per year?”  This is really gauche, and you could get in trouble.  As I describe at length in my book, Developer Hegemony, pyramid-shaped companies have a natural and rational incentive to hide this information.  In fact, so strong is this policy that they’ll create company policy of questionable legality.

The reasoning here is simple enough.  When negotiating, the less information your opponent has, the better.  If, at salary negotiation time, you know that everyone else in your role earns at least $90K per year, you’re going to hold pretty firm at $90K.  If you have no idea, you might lose your nerve and accept a job for $80K instead.

Now, you might object to me categorizing your employer as your opponent.  But you shouldn’t.  Salary negotiation is, ipso facto, a zero sum game.

Given that it’s such historical taboo and such an alien idea, you might wonder why anyone would do this.  Why make your daily lunch in the cafeteria more awkward by making you and Doris both aware that she makes more than you?  Or that you make more than her?  Or, whatever?

Well, for one, salary transparency advocates believe that it could go a long way toward closing the gender wage gap.  Employees can see who gets paid what.  Then, without needing subpoenas or whatever, they can see for themselves if employers have discriminatory pay practices.

But the ostensible benefits don’t stop at helping to address protected group discrimination.  They also help anyone less inclined to wheel, deal, demand, and self-advocate.  Consider two extremely demographically similar workers, Steve and Fred.  If Steve consistently marches into the boss’s office, touting his accomplishments and pushing for raises, he might wind up earning more than Fred, who does none of this self promotion.

What I Think of Salary Transparency, In Principle

I’ve now meandered through half of a post about salary transparency without mentioning what I think of it.  Let’s fix that now.  I love it.  Full stop.  And I love it even on the labor buying side.

In a career development that surprises even me, I’m building a content marketing business that now pays money to something like 10 different human beings.  This gives me the ability to remake a tiny slice of the corporate world according to my zany philosophies.

More specifically, on the salary transparency front, we pay authors $100 per post.  If they hit certain monthly milestones with posts written and sold, we incentivize that with extra money.  We don’t have senior authors and we don’t have principal authors.  We don’t nickle and dime every author that comes along, hoping that we can prey on prospective authors’ insecurities to suck an extra $15 of margin out of a post.  Life is too short for that, and if you scale based on jealous opportunism, you probably don’t have a great business model in the first place.

Salary transparency (well, for some definition of salary) makes my life easier and it helps me sleep better at night.

Now, I know what you might be thinking at this point.  What about merit?  (And why did I talk about something called “the merit delusion?”)

Well, let’s look at that.  Right now, I pay authors a set rate unless they supply a certain number of posts per month, in which case I goose the compensation.  I do this because a blog post has a certain value to us, operationally, and more of them makes my planning easier (and reduces my cost).

But if we tried to base this on merit, things would get more complex.  I mean, from the simplest perspective, how would I do this?

I’m going instead with “none of these things,” because, while they all capture some iffy notion of “merit,” none of them actually relates to my business in dollars and cents.  If I were going to modify author compensation, I’d do so on the basis of demonstrable benefit to the bottom line of the business, which is the only kind of merit that matters, in the end.  All of these other things are just proxies that I’d use if I didn’t really understand what each incremental author post meant to Hit Subscribe.

Effective transparency, then, requires more than just blabbing everyone’s salary to everyone else.  It requires an understanding of how each marginal worker’s contributions impact the organization’s bottom line.

Let’s return now, in earnest, to the meritocracy delusion.  In just about every pyramid-shaped, traditional corporation out there, employees receive salary in units of dollars per hour.  Compensation happens not for value-added, or even for service delivered, but for butts in seats per unit of time.

As an employer, I’m not going to pay you for this game-changing feature you deliver, nor even for market software development, per se.  Instead, I’m going to pay you for spending a lot of hours, completing miscellaneous, yet-to-be-determined tasks that someone in the corporate pyramid thinks will help us make money, somehow, eventually.

Whereas I pay Hit Subscribe authors $100 on the basis of knowing very well what blog posts are worth to the business, employers of knowledge workers pay their staff in a much different way.  They have absolutely no idea how much financial value the marginal employee adds to the company.  In fact, the pyramid-shaped, scaled-up corporation makes this so opaque by its existence that nobody would even begin to know how to approximate it.

What do they do instead?  They indulge the meritocracy delusion.  If you’re marginally better at programming or QA-ing or project-manager-ing than the next grunt, you deserve slightly more money.  I mean, right?  Probably?  Makes sense?

No, it doesn’t actually make any sense at all.  If you’re “better” at your job than the person next to you, and this allows you to keep a losing project alive for an extra month past when it should have failed, is this “better?”  Not for the company, it isn’t.  And yet, they’ll pay you 4% more salary for hurting the company because they don’t know what else to do.

The Fault, Dear Brutus, Lies in Our Stars

How, then, do you implement effective salary transparency?  When you hire the Nth employee, you have no idea how much value that person adds to the company.  Heck, you don’t even know if they make or lose the company money.

You could use “merit” as a proxy, sure.  But does your “merit” construct even relate to anything financial?  Unknown.  And are you any kind of real arbiter of merit?  Probably not.  I’ve traded in and sold blog posts for years, and I don’t consider myself some kind of infallible authority on who writes good blog posts and who doesn’t.  Sure, I can give pointers, but that’s really kind of up to the reader, now isn’t it?  So merit makes for a terrible proxy, even if you define it somewhat better than sloppily (which most orgs don’t).

So when you hire an employee, you don’t know what value that person brings, financially.  And, even accepting “merit” as a reasonable stand-in for value, you’re not very good at it.  So what does salary transparency get you, exactly?  It ensures that Doris knows what you make and that you know what she makes, which allows both of you to have pointless, fruitless, and undecidable arguments over your respective “merit” and “value.”  It may help level salaries and eliminate discrimination, or it may just move the goalposts on the same issues.  And nobody will really know either way.

The fault, Dear Brutus, lies in the stars that are our pyramid-shaped, corporate benefactors.  Until we figure out more suitable and modern structures to organize knowledge work, transparency will shine light only on problems — not solutions.

Don’t forget government employees, their salaries are public information. Another reason companies pay what they pay: Cost control and market rates. When you work in a cost center especially, you never really contribute to the top or bottom line. Therefore, think of yourself as insurance – you want to pay enough to keep the person on (especially as they gain trust and knowledge) but not so much that your cost of keeping them on is more than the cost of replacement. But here we are looking at it from a pure economic perspective… Actually economists say all the time that… Read more »

Competence, relatedness and autonomy? Is that similar to the research in “The Surprising Truth about What Motivates Us: Mastery, Autonomy, Purpose?”

Great article. I do agree that “merit” is a dubious method for determining compensation. However, in my experience in the tech industry, the 80-20 rule plays out – i.e 20% of the engineers do 80% of the work (and probably 100% of the harder parts, like defining architecture, starting new projects etc). If they aren’t compensated accordingly, they are unlikely to stick around and will look for a place that will. Of course, this incentivizes organizations to not have salary transparency. As a data point, check out Buffer’s salaries (https://open.buffer.com/transparent-salaries/). They are ridiculously low for Bay Area standards at least,… Read more »