Make Yourself Big And Get More Job Offers

Category: You Asked For It Tags: Career, Job Search

A few posts ago, I answered a reader question about getting around lowest common denominator hiring practices.  It’s a subject I’ve talked about before as well.  I addressed the reader’s question mainly as it pertains to the front end of the hiring process.  After that post, you might understand a strategy for not really dealing with recruiters and other low-knowledge screener types.

(If you want to submit a question, check out the “Ask Erik” form at the bottom right of the side bar)

But even if you secure the inside track to a conversation about a job instead of going through the tuple-focused HR machine, it’s still in your best interest to paint yourself in as advantageous a light as possible.  I’m going to plant my tongue slightly in cheek and refer to this process for the rest of the post as “making yourself big.”

The phrase is intended to evoke imagery from the animal kingdom.  Probably the most dramatic example of “make yourself big” is a puffer fish who, when threatened, balloons to many times its original size.  But it’s pretty common throughout the animal kingdom from birds with ruffled feathers to cats with puffy Halloween tails.  The animals react to adversity by creating the illusion (or reality, in the case of the puffer fish) of substantially more size. 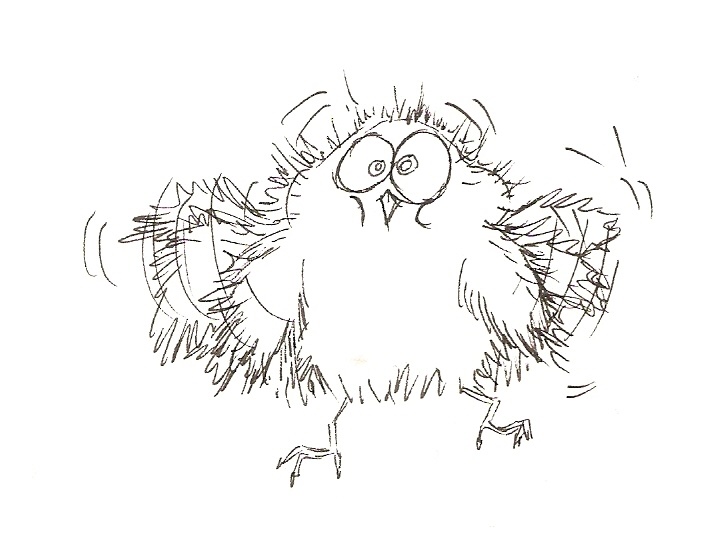 When it comes to your how you display yourself to prospective employers, you want to make yourself big.

Before offering some specific tips on how to do this, I’ll speak to the general philosophy and the rules of the employer-candidate matchmaking came.  And I mean that I’ll explain them in an honest, realpolitik sense.  But prior to doing that, I’ll digress briefly into a realpolitik explanation of, well, US politics.

The Nature of the US Politics Game

Presidential politics in the USA is sort of a strange beast.  There are only two viable political parties in the country, and most people in the country more or less pick one to root for in similar fashion to popular sports teams.  They either inherit preference from their parents, or, at some point, pick one and go with it.  These folks are referred to as each party’s “base” and their votes can be taken for granted.  The people that decide the election are referred to as “swing voters” and they consist of so-called “independents” and people with only loose affiliation to either party.  These are generally thought of as being “in the middle.”

Where things get interesting is that there is a primary presidential election for each party (incumbent presidents generally win this one unopposed), where that party picks its nominee.  The intrigue arises from the dance a candidate has to do to capture the party nomination and then the general election.  In the primary, the candidate has to pander to the party base, often having to outflank moderate rhetoric with more extreme positions.  In the general election, the candidate then has to walk gingerly back toward the center to capture the independents.

So, US presidential politics can be summarized by the approach of “be as extreme as you possibly can early on, without being so extreme that you can’t recover later.”

The Nature of the Job Search Game

In a lot of ways, your position as a candidate can be summed up in similar fashion.  You want to be as extreme in optimistic characterization of yourself as you possibly can without getting busted in an exaggeration or lie.

At this point, some of you reading may be feeling a bit of righteous indignation since I’ve essentially said that the problem isn’t lying, but being caught.  And, that’s fair.  But, I stand by what I’m saying in that it’s naive to think that fibbing is anything but commonplace in the job search process.

That said, I don’t lie during this process, nor do I advocate that you do so.  Personally, I have an ethical problem with it, and, even if I didn’t, I don’t view it as a smart play.  Lying to prospective employers gives them cause to keep in their back pocket to drop on you any time they see fit.  Still, it’s important to understand where the goalposts are and that you will be competing against people without such ethical qualms.

What I advise is actually a bit more nuanced.  Lying during this process is, frankly, obtuse.  It’s a short term hail-mary whose expected value is negative.  But framing things advantageously is certainly fair game.  What’s the difference?

Well, rather than split hairs coming up with a definition, I’ll offer an example instead.  Let’s say that I started as a programmer in 2010 and programmed in Java for the last 5 years.  While doing that, I was also getting a graduate degree in computer science at night, doing regular project in work in Java as well.  Let’s then say that I was on the phone with a recruiter who told me that he was looking for someone with 6 years of Java and asked me if I fit the bill.  I would say, “yes.”  Making myself big this way is an extreme position — I’m pandering to the ‘base’ (recruiter) but in danger of making myself ‘unelectable’ (if an interviewer notices that I only started programming five years ago).

There are a variety of ways to get as much mileage as possible out of your background.  It’s just a question of making yourself as big as possible while still being able to back up your claims.

Factor in all of your experience.

In light of the example, a good first thing to discuss is to how to put your experience to work.  Sure, grad school at night counts, but so can other things to.  Do you spend 5-10 hours a week contributing to open source?  Do you do any kind of hobby programming?  Volunteer work?

In general, remember that most people gain experience by spending 40 hours per week at a job, maybe 30 of which are spent programming, on average.  Working with that, stack your experience up against theirs and figure out ways that your rate of acquiring experience per calendar year might exceed that of someone else.

When applying for roles, particularly for positions with titles like “Application Developer” or “Senior Software Engineer,” leadership can give you an edge even if you’re comparably light in resume-stacking considerations.  It’s a common misconception that this only comes in the form of official “dotted line” designations like “team lead” or “architect.”  Having served in those roles can certainly help, but it’s not the only way to give yourself this edge.

Have you ever organized lunch and learns at work, or started some kind of after hours coding club?  If not, maybe you should.  Have you ever spear-headed some kind of initiative, like introducing automated tests to the build or chipping away at a large refactoring?  How about outside of work?  Ever been the owner of a project on Github?  (One that had other contributors — don’t push it by claiming to be the team lead of your own solo project as that will sound incredibly lame when the time comes to explain in an interview.)

These are leadership activities, and you can make a general reference to them on your resume.  Then when the time comes to explain, you’re ready to talk about the initiative you’ve taken.

Were you, at some point, responsible for bringing new hires up to speed on your team?  Do people come to you to ask for pointers in the language or framework that you’re using?  Do you have a bunch of answers on Stack Overflow?  These are the characteristics of a “guru” or “mentor.”

Find a way to work this into your resume and into the interview.  You can use verbs like “train,” “coach,” and “mentor.”  This will naturally shift the discussion away from experience tuples.  Interviewers will be less likely to sweat years of experience.  I mean, why bother?  If you can teach people, then you’re likely above average, which is more than a few years of experience can demonstrate.

You Can Be Really Honest

I’ll wrap up with a slightly feel good spin on all of this.  What I’m actually advocating isn’t that you embellish or be dishonest, but rather that you do a deep dive into your own experience to look for things that an employer might find valuable.  You’re adrift in a sea of mediocrity, which is exactly why people put “6 years of XML” on a list of job requirements.  The reasoning is, “if they’ve been doing it 6 years without getting canned, they can’t be the worst.”  It’s easy to assume that a lot of things you’ve done are no big deal and not worth self-promoting over, but you’d be surprised how much mileage they can earn you against a field of people whose qualifications you’re probably overestimating.

And because it’s really about mining for gold in the narrative of your life, I can’t possibly cover all situations.  But I can offer the broad advice to mark down traits of people that are successful in the roles you seek and then see where you can find those in your own background.  And, if they’re really not there, figure out how to put them there.  Once you get used to this practice, you’ll find that it’s not terribly hard to find ways to make yourself big.