Happy Friday, DaedTech readers!  Time for yet another installment of the DaedTech Digest.

I didn’t do one last week because of the US holiday.  For those of you not from the US, there’s this holiday called Black Friday that everybody celebrates by getting together and eating turkey the day before and then subsequently bludgeoning one another in retail stores the next day.  Out of respect to this noble tradition, I held off on making a post.

At any rate, it’s been a busy couple of weeks in my world.  We’ve migrated south for about 5 weeks and are living in a beach town on the Gulf of Mexico.  This photo below is a shot of where I’m working from today as I type this post. 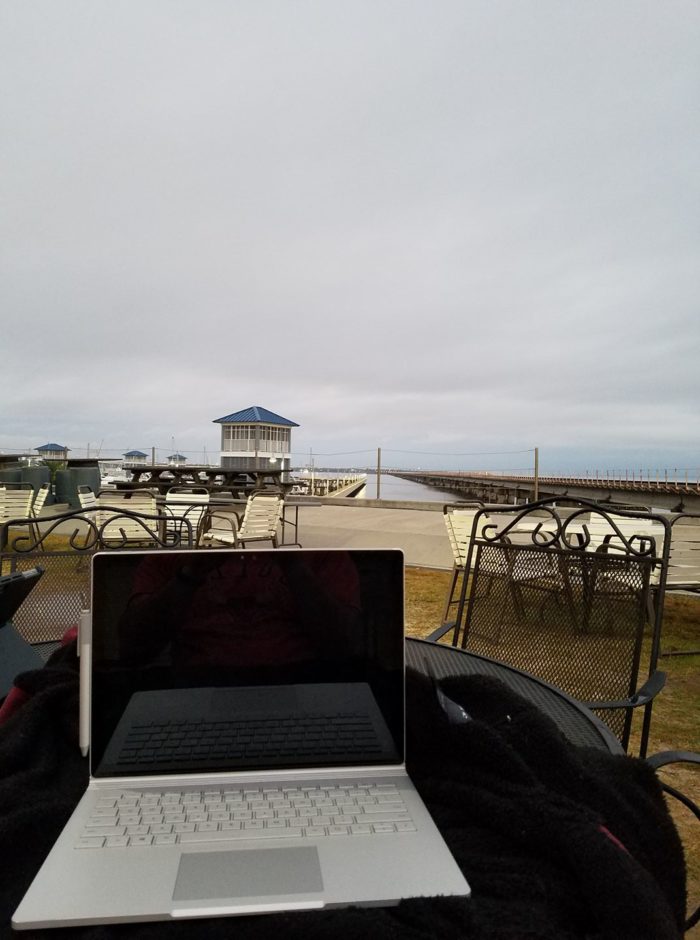 So life is good.  With that in mind, let’s get to picks.

And, that does it for the digest round up.  Have a great weekend!