DaedTech Digest: The Results of Our Winter Destination Lottery Are In

Last week, I asked for everyone’s help in picking a refuge from winter cold for Amanda and me.  And that went well!  Thanks, everyone, for your comments through the various media.  It was fun to read and discuss.

This week, we’ve arrived at a decision.

I carefully took all of the input from last week, aggregated it, and thought “wow, I’m insanely busy this week, so I’ll think about this later.”  And, that went well.  The part where I didn’t think about it, I mean.

In the meantime, Amanda went on AirBNB and fell in love with a place near Austin, Texas, on a lake called Travis.  It’s affordable, it’s spacious, it’s got great scenery, and it kind of looks like a tree house.  What’s not to love?

So, by the time I had a few spare minutes, our path was all but chosen.  And, that’s actually perfectly fine with me.

In fact, I’ve historically been the one more likely to feel the allure for a particular locale and pick it.  It was about 3 months ago that I said, “hey, let’s go to Vermont for when the leaves change.”  So, she’s overdue to have the whim and decide our fate, and I was more than happy to ride shotgun on this decision.

This winter will be a bit different, though.  I think we’re going to think about it month by month, rather than laying everything out until Memorial Day.  So, it’s going to be a month near Austin, and then, wherever we feel like heading next.

In honor of that, here’s a picture of Amanda eating Mazapan in El Paso (the last time we were in Texas, which was about a year ago). 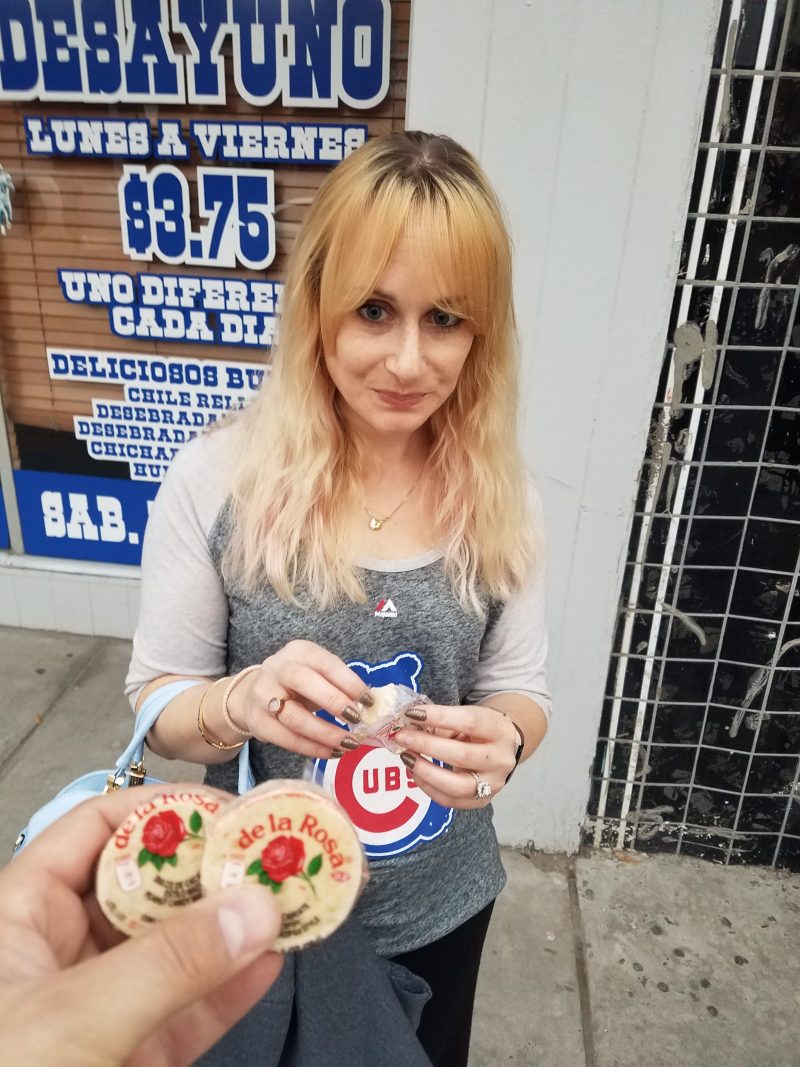 One bit of housekeeping here.  Hit Subscribe is officially on company holiday the week between Christmas and New Years, and we’re going to try to do a little R&R.  So there’s a pretty good chance of a quiet DaedTech the next two weeks.

And, with that, as always, have a great weekend.

Awesome! Kelly and I have been in the Austin area for 5 and a half years, in a not-so-sleepy suburb called Pflugerville (we came for the name, but stayed for the amenities), and we’re very fond of the place. The traffic is a bit insane, and the summers kind of suck, but the fall/winter/spring time is pretty sweet (first New Year’s Day we were here, we went riding around the countryside with the top down). And then there is the food. My God, the food. Especially if you are an unabashed carnivore such as myself. A year or so back,… Read more »

I appreciate it! I’ll let you know once we’re there and settled, and we can meet up.