Another week in the books, marked, as always, by a DaedTech digest post.  Another week here in sunny San Diego, marked by a predictable mix of work and fun.

On the work side, we’re building out our tech content agency at what feels like a fairly furious pace.  I suppose at some point, I may write DaedTech posts about business and growing an agency, but that seems a little off mission at the moment. (Weigh in if you feel otherwise.)  I’m also keeping the dream alive with our boutique codebase assessment practice, so a lot going on.

On the fun side, we spent a great weekend exploring Pacific Beach and La Jolla Beach in San Diego.  This included a ton of walking/hiking, sampling meals, appetizers, local beers, and desserts at local establishments, and just generally being outdoors.  As someone born and raised in the US Midwest, I can think of nothing better than a winter where it’s perpetually 70 degrees and sunny.

To include you in my joy, here’s a picture of some sea lions we came across while exploring.  Don’t let the apparent peacefulness fool you.  These things bark like crazy, stink like crazy, and spend most of their time banging their heads against one another.  It’s an endlessly amusing spectacle. 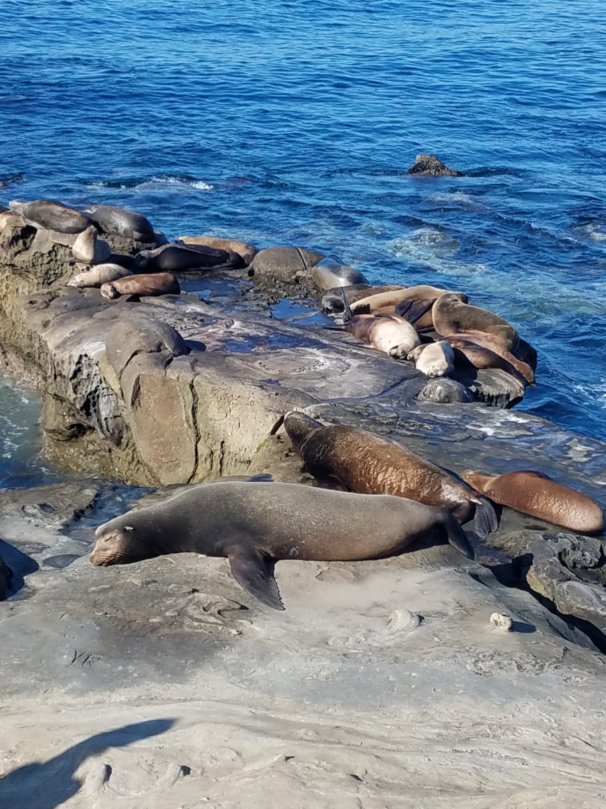