A New Kind of Blog

Category: Run with It Tags: Blogging

This comic from The Oatmeal is one of my favorite pieces of internet.  That’s true for a variety of reasons, but one of them is how he explains that it’s much easier to be told what to write than to be given the instructions, “write about whatever you want.”  He’s not alone in feeling this way.  Strangely, when it comes to writing, I find that restrictions on the content are oddly liberating.  And I have a hypothesis that this doesn’t only apply to Matthew Inman and me.  It probably applies to a lot of you as well.

This is one of the reasons that I think it’s so hard for new bloggers to get started.  You build up a bunch of momentum, picking a host, a platform, a theme, etc.  You procrastinate by doing these things, subconsciously terrified of the moment where you sit down, stretch, and say, “everything done — now to produce a little content!”  Because then the next thing to happen is a quick moment of anti-climatic dread as you realize you have no idea what to say.  Self doubt creeps in, and you start thinking things like, “what could I say that others haven’t already said better than I could?”  It’d almost be better if you had a time crunch and content restrictions/parameters. 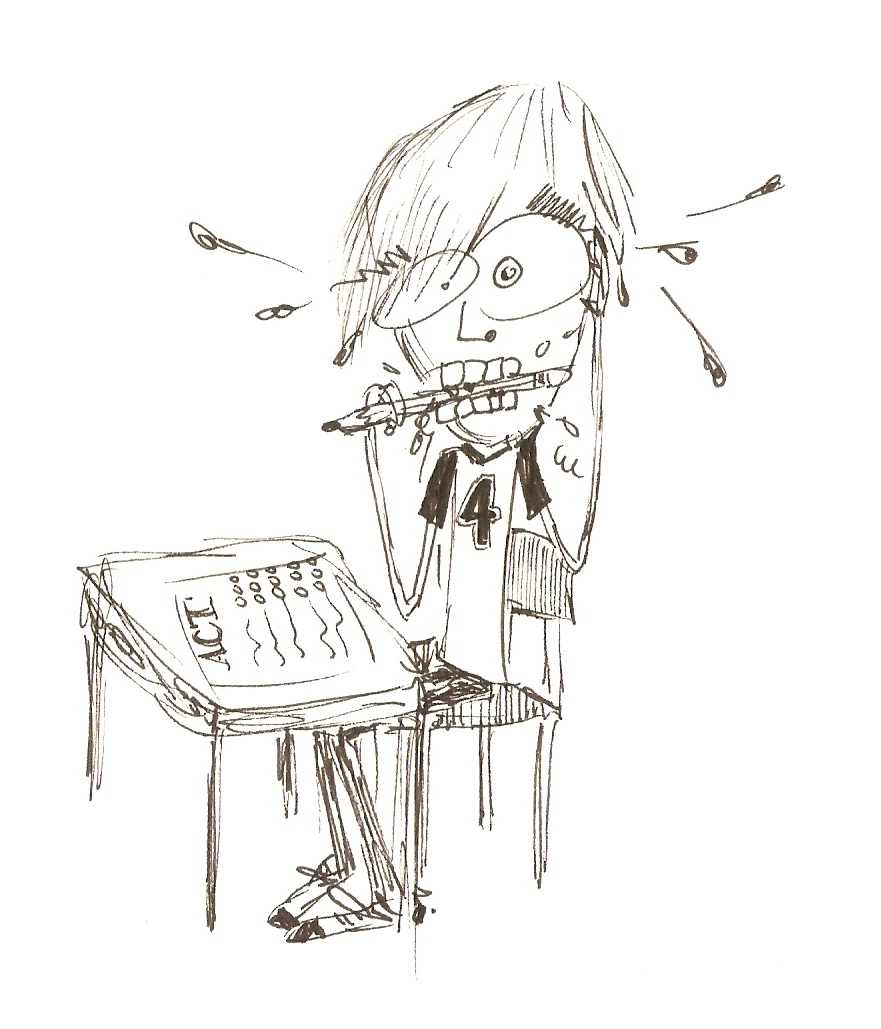 I’ll get a little more specific.  I’m throwing an idea out there for a link blog that someone could start, and it’s a thing that I’d really like to see.  I’d like to see it so much, in fact, that I’d help whoever started it with some of the content and whatever else my (very limited) time allowed.  I think this could be a cool thing and a lot of fun.  (And, as always with my “Run with it” posts, please point out if this already exists somewhere — lack of time to do it also == lack of time to research it).

Here’s roughly how I’d see this working.  There would be a list of achievements, similar in concept to Stack Overflow badges.  And these achievements would be designed to drive someone incrementally toward setting up a blog.  For instance, here is what some achievements might look like:

If you look, there’s kind of a subtle thing going on here.  Sure, you could earn these achievements of various, dubious distinction simply for their own sake, but notice what happens if you do them:

Most of the tutorials and information I’ve seen about how to get started blogging come at you in the form of a mountain of wisdom.  They’ll offer you all kinds of hosting options and advice for choosing one from the crowd.  Ditto the platform, the comment engine, etc.  They’ll tell you to install analytics, install plugins, worry about your SEO, etc.  They will overload your brain to the point where inaction seems like the best course of action.  What I’m proposing wouldn’t.  It’d be narrow, broken into small, achievable chunks, and put in a fun, competitive setting.

Alright, so why would anyone participate?  Tsk, I’d hope that just the love of the blogging game would be enough, but in case it’s not, recall that I said this effort would be a link collection blog at its core.  So (new) bloggers would sign up and, by signing up, they’d immediately be added to the Adventures in Blogging blogroll (I’m giving this link collection blog the lame operating name “Adventures in Blogging” because if I don’t call it something, I think this is about to get pretty confusing).  But beyond that, there would also be a page where the bloggers were ranked in order of achievements, so readers of Adventures in Blogging would be encouraged to check out the creative bloggers who’d managed to notch the most achievements.  I could even see a feature for “editor’s picks” or some such thing.

Why would anyone read this?  Well, as a vehicle to discover to discover interesting new voices for one.  I’d also assume that the contributing bloggers would be sizing up their competition, so to speak.  And, finally, I’d imagine that this blog would also mix in posts that were tips and tricks for new bloggers.  Of course, there may be other reasons as well (or not, I have no idea if this would take off, but it’s an easy experiment to run).

This would definitely require some effort, and that’s the part I really don’t have time for.  Here are some non-trivial things I can see being needed.

There’s probably a good bit more that I’m not thinking of.  But I think it could be a lot of fun and a good way to get your name out there a bit.  A lot of people tend to subscribe to link curation blogs, so you could certainly grow yourself an audience.  And I’d definitely be interested in partnering up with you in whatever capacity I had time for (might honestly be as little as writing the occasional post with blogging tips).

So, anyone who is interested, let me know or even just go out and make it happen.  Looking forward to seeing/hearing if anyone runs with this.

That’s a neat idea to gamify content creation, getting people thinking about outcomes rather then the multitude of variations for the steps to achieve those outcomes.

The link aggregation posts offer some easy wins — you get in the habit of sharing things you’ve learned, it’s really easy to get on a schedule (to let readers know your blog is active), and if you don’t already have a habit of learning on the side (i.e., professional development) making such posts can build that habit.

Thanks for the feedback. It’s good to know that if I’m crazy, at least someone else is crazy with me 🙂

I think most appealing thing to me is that it’s a fairly easy experiment to run, so even if it’s not an ultimately workable idea, that can be discovered with minimal cost in terms of time and effort and certainly in terms of money.

Hello, Great post, good point about writing foibles. In part a bit too technical for me. Could you please explain “syntax highlighting scheme?

Thanks for the feedback! Syntax highlighting scheme refers to how you display code in the programming sense of the word. The black background sections in this post are an example: https://www.daedtech.com/what-story-does-your-code-tell