What Is a Best Practice in Software Development?

A while ago, I released a course on Pluralsight entitled, “Making the Business Case for Best Practices.”  There was an element of tongue-in-cheek to the title, which might not necessarily have been the best idea in a medium where my profitability is tied to maximizing the attractiveness of the title.  But, life is more fun if you’re smiling.

Anyway, the reason it was a bit tongue in cheek is that I find the term “best practice” to be spurious in many contexts.  At best, it’s vague, subjective, and highly context dependent.  The aim of the course was, essentially, to say, “hey, if you think that your team should be adopting practice X, you’d better figure out how to make a dollars and cents case for it to management — ‘best’ practices are the ones that are profitable.”  So, I thought I’d offer up a transcript from the introductory module of the course, in which I go into more detail about this term.  The first module, in fact, is called “What is a ‘Best Practice’ Anyway?”

The first definition that I’ll offer for “best practice” is what one might describe as the “official” version, but I’ll refer to it as the “ideal version.”  Wikipedia defines it as, “method or technique that has consistently shown results superior to those achieved with other means, and that is used as a benchmark.”  In other words, a “best practice” is a practice that has been somehow empirically proven to be the best.  As an example, if there were three possible ways to prepare chicken: serve it raw, serve it rare, and serve it fully cooked, fully cooked would emerge as a best practice as measured by the number of incidents of death and illness.  The reason that I call this definition “ideal” is that it implies that there is clearly a single best way to do something, and real life is rarely that neat.  Take the chicken example.  Cooked is better than undercooked, but there is no shortage of ways to fully cook a chicken – you can grill it, broil it, bake it, fry it, etc.  Is one of these somehow empirically “best” or does it become a matter of preference and opinion? 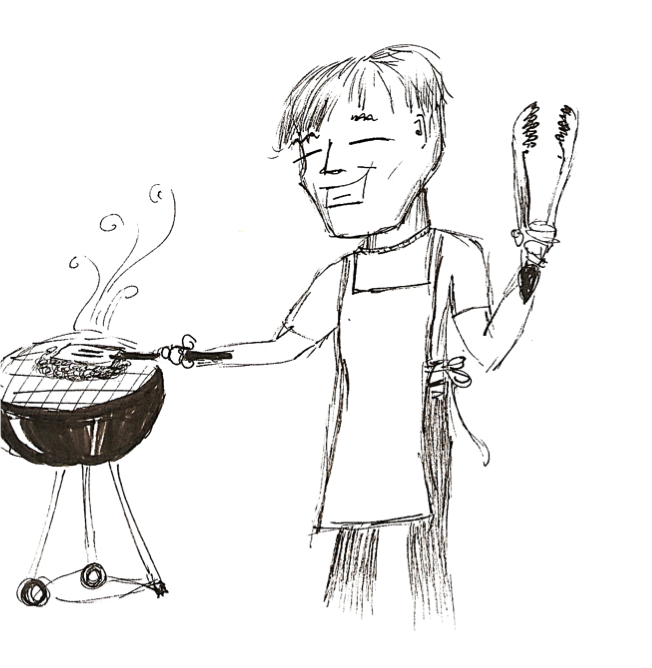 This leads me into what I’ll loosely refer to as the “real” definition of best practice, and by this, I mean, the most common applied definition.  Here it generally refers to a convention for the accepted way of doing something, often enshrined by some standards organization such as ISO or other, similar agency.  In this regard, perhaps a better name for it might be “standard practice” or “accepted practice.”  An example of this might be surgeons washing their hands prior to surgery.  It is such a widely accepted and standardized practice that it would be scandalous for a practitioner not do follow it.  Washing hands versus not washing hands has been empirically demonstrated to be better in terms of patient outcomes.  Is the washing of hands the absolute “best” thing in the universe that a surgeon conceivably could do prior to surgery?  Well, this philosophical question is not especially important to what I’m calling the “real” definition of best practice.  What matters is that hand-washing is beneficial and widely accepted.

And now, for the cynic’s definition.  To many, “best practice” is basically a meaningless buzzword intended to make one’s actions seem more important, reasonable, or justified than they actually are.  I’m sure I’m not alone in having heard people toss around the term “best practice” to justify their actions when it was clear that the practice had neither been empirically demonstrated to be the best possible practice nor had it been endorsed by convention or a standards organization.  You’ll often hear developers talk about their approach to some problem as being a “best practice,” particularly if they’re in a position of seniority or to control the organization’s technical decisions.  But is it truly a best practice?  Or are they just using that word to stave off debate?

Having taken care of some definitions around the term “best practice,” let’s talk about some examples of things that are commonly put forth as best practices at some point or another along the continuum that I mentioned in the last slide.  I’m not talking about something specific to a group or an organization, such as your architect deciding that a group “best practice” is to use the validation library that she wrote.  I’m talking instead about commonly known and defined industry practices.  It isn’t that these practices are universally agreed upon or without their detractors, but rather that the preponderance of developers out there seems to see potential value in moving toward adoption, even if they believe, perhaps, that the value of adoption is outweighed by the cost and inconvenience of adoption.  In other words, it is possible to believe that something is a best practice but also not worth doing.

Here are some examples in the software development world.

This list is certainly not exhaustive nor is it, perhaps, without controversy.  It may well be that you don’t consider one or more of the items here even to be good ideas.  However, the industry in general has moved in a direction where this would be a contrarian point of view.  For better or for worse, the industry has collectively voted that these are worthwhile goals.

Well, that’s the theme of the course (and here’s a hint — follow the money).

I’m a software developer, and I’d imagine many of you reading are as well.  Almost certainly you’re a developer, a former developer, or someone who works with developers in some capacity.  So, we all know that there’s a natural tendency for software developers to want to experiment with new things and gain marketable experience during the course of the work day.  And we all know that there’s a natural tension between developers wanting to adopt the newest development practices, languages, processes and frameworks because they’re interested in doing so and developers wanting to do what makes the most sense for their organization or project.  That’s simply a universal line to walk in this industry.

My goal with the course is, simply put, is to help you navigate walking the line between these two concerns.  I aim to give you a way to look at the things being touted as industry best practices and to identify whether adopting them makes practical sense for your organization.  And, further, I aim to give you a way to move things along the “best practices continuum” from “something that we want to do because people say it’s awesome” to “a convention that we can justify” to, ideally, and in some cases, “something we can do because it’s been empirically demonstrated to be better than the alternatives.”

It might be that with the heuristics and the framework that I’m going to show you, you come to the conclusion that a so-called industry best practice actually doesn’t make sense for your team or your organization.  That’s fine, so be it.  The important thing is that you’re basing your decisions on measured experience and data rather than on word of mouth and conjecture.  The important thing is knowing whether so-called best practices are actual best practices.