It’s been a little while since I’ve done a reader question.  Let’s fix that today by examining a question that is simple in the asking and complex in the answering.  Should scrum masters make as much or more money than software developers?

The actual question was a little more nuanced, and it came from the Developer Hegemony Facebook group.

The numbers on this chart show that scrum masters could make as much as some senior level developers in Los Angeles.  I’d be curious do you guys think this is a “market distortion” brought on by the fact that the “MBAs” need a way to manage the “propeller heads” or do you really feel the market is accurately reflecting the true value a scrum master can bring to a team?

So let’s dig in.  But first, let’s make sure that everyone reading is up to speed.

What Is a Scrum Master, Anyway?

If you’re in the software world, you’ve probably heard the term “Scrum Master” before.  But let’s level-set with a definition, because for a lot of you reading this might have a fuzzy definition.  Let’s go back to first principles and snag a definition from the Scrum guide:

The Scrum Master is responsible for promoting and supporting Scrum as defined in the Scrum Guide. Scrum Masters do this by helping everyone understand Scrum theory, practices, rules, and values.

First of all, this is sort of ingenious and fascinating from a meta perspective.  Scrum is a wildly successful approach sold by consultants to organizations.  It’s so successful that it’s created a job whose primary purpose is marketing the product being sold to the company.  I say this because job one is, apparently, “promoting and supporting Scrum.”  This would be like Microsoft convincing a .NET shop to create a job whose primary purpose was extolling the virtues of Microsoft products.

The Scrum Master in Practice

But I digress.  Apart from process evangelism, and the unfortunate use of a term that I personally detest (“servant leader”), the Scrum Master does provide some serious potential value.  They serve as sort of internal referees for the team, officiating collaboration and keeping it on track.  But, perhaps most importantly, they defend the team from outside distractions.  And that matters.

Of course, someone in a role like this will also develop situational dynamics with the team.  They’ll develop a knack for goosing development along, keeping people happy, and finding other ways to pitch in.

So think of Scrum Master as being sort of a process-specific hybrid of dev manager and project manager, but (most likely) without direct reports.  If you wrap your head around that concept, you can see a person whose value to the team could fluctuate pretty wildly based on myriad factors.

And What is a Scrum Master Salary?

The reader question was specifically about the Los Angeles area.  Let’s broaden that, at least, to the US.  At the time of writing, here is what Salary.com had to say for the US:

I also perused Glassdoor and found figures that seemed to corroborate this.

How about a Software Engineer Salary?

Now, let’s look at the range for software engineers, which is a bit more complicated.  This is because we software engineers are comically accomplished at stack ranking ourselves, depressing our own salaries, and creating a weirdly large pay band.

Indeed, on Salary.com for Scrum Master, you have two position titles: Scrum Master and Senior Scrum Master.  With software developers, there’s like 30 at a casual glance.  Let’s narrow the field by just considering only software engineer (which has I, II, III, IV, and V, of course 🙄 ).

Other software-y roles seemed to pay less, so let’s just say, for argument’s sake, that the average software developer salary is around $100K.

So, via a fairly cursory bit of research, it looks like a Scrum Master might fall in the 40th percentile of software developer pay ranges.  And they clearly make more than developer closer to the entry level.

What “Should” Someone Make is a Fraught Question

Our task now, then, is to ask whether this is how the world “should” be.  Are scrum masters “worth” more than 40% of developers?

Everything is worth what its purchaser will pay for it.

Channeling Adam Smith a millennium and a half before there was an Adam Smith, Syrus has the right of it for our purposes.  A scrum master (and any employee) makes what they should, in a market sense.  And it becomes a challenge to frame and answer the question otherwise.  Consider the following arguments that would be easy to make.

So let me give my answer to this question in a different way.

A Hypothetical Team and a Fixed Budget

Recently, I’ve been talking with a friend and business partner about a possible venture for which we could probably secure investment.  This would involve something like $1M in runway, as a nice round number.  And I SWAG that we could build the thing with a nicely-sized software team over the course of year, with revenue starting to flow in upon completion.

Etc.  The combinations kind of explode in a hurry.  But let’s be serious here.  This is the software industry, where demand is through the roof.  So the team we wind up with will likely be whatever combination we could staff.

So we’d do our best to find and hire a team of good folks, get them together, and set them up for success.

When And Why Does A Scrum Master Make a Good Hire Here?

It seems that a dedicated scrum master is an excellent hire if you’ve built a dysfunctional scrum team.  But if everything is clicking along smoothly, the role is likely superfluous.

Should Scrum Masters Earn More Than the Devs Around Them?  Probably

This finally brings me around to answering the question.  Scrum masters, when needed, should probably earn more than software developers.

Well, for the same reason that I tend to charge a lot of money for assessment engagements designed to get software programs back on the rails.  The scrum master is coming in to make an untenable situation tenable.  If the scrum master is truly needed, you have an organization that’s investing in developer salaries, equipment office space, etc. and in danger of under-perfoming on those investments.

So you’d bet it’s worth paying a pretty penny for a hire that could turn that around. 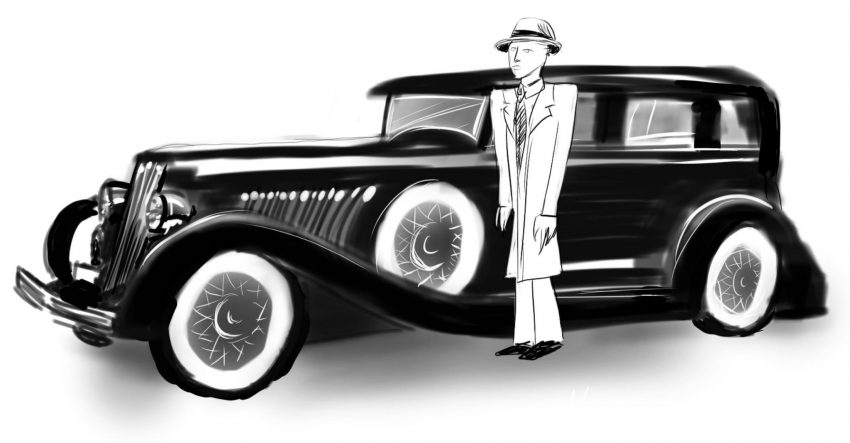 But over the longer haul, this is a penny-wise, pound-foolish strategy.  Righting a ship should be a temporary effort, rather than a permanently staffed hire.  If you permanently need a scrum master (or any ship-righter), it’s worth asking whether you have the right staff/process/resources/leadership.  Is there no other way to stop people from interrupting software developers than with a 90K/year permanent employee?  Could a wall maybe suffice instead?

So I’ll draw this to a conclusion with as definitive an answer as I can give.

Should a scrum master make more than a developer, when the scrum master role is necessary?  Yes, but in the same way that short-timer consultants make more money.  Should the salaried role of scrum master exist at all?  Almost certainly not.  If it does, your organization has bigger problems than the pay matrix.

I’ve never worked in a shop that had a scrum master. I’ve been in a few where a vaguely similar role was called project manager. Vaguely similar. One of the roles of the PM was to ostensibly act as a gatekeeper between the dev team and everyone else. At least until someone higher up the food chain blew past the PM and interrupted us anyway. So right under this bullet: “We’d need a lot of interruptions, to justify a role frequently dedicated to fending them off.” I would add: “And you’re willing to actually go to the servant leader (heh)… Read more »

That’s a great point. It’s pretty often the case that the would-be interruption preventers are not empowered to actually prevent the most frequent sources of interruption.

In an ideal world, people should be paid either by the value they bring to the table or the accountability they have. You have covered the former. For various reasons, probably arising out of the stereotype that a developer is a nerd that hates other people and can’t communicate even if their life depended on it….unfortunately developers are not seen as accountable towards the project. They are also assumed not to show any interest in non-code related activities. Hence there has been an explosion of various non-coding functions that rule the roost. Here is my tongue in cheek take on… Read more »

While I definitely find the idea presented of a scrum master as a ship righter quite intriguing, let me just point out that from my experience, especially in the bigCorp world, scrum master is not only a permanent position that is often paid more than devs but also rarely (if ever) actually righting any project. Deepak Karanth piece mentioned below is indeed much closer to reality in my experience. Using the world of the great Eric Hoffer: “Every great cause begins as a movement, becomes a business, and eventually degenerates into a racket.” That in my view sums up the… Read more »

As a quick aside, that’s a GREAT quote.

Personally, the most common “use case” I’ve seen in the enterprise of scrum master is “we don’t know what to do with project managers in this new agile thing.”

Indeed, the ultimate goal of the scrum master should be to become useless!

The situation where you have described a scrum master would add value sounds like your average enterprise to me. 🙂