Yesterday’s post where I included Grady Booch’s comment that clean code “reads like well written prose” made me think of something I’ve been contemplating. The other day I was looking at some code and I saw the following (obfuscated):

I automatically started refactoring this to the following:

To me, this keeps in line with Grady’s statement and is easy to reason about at every level. “If I need an umbrella, get it” and “I need an umbrella if it’s raining, I need to leave, and I’m parked in the street” are pieces of code so simple that one need not be a programmer to understand the logic. I think it’s hard to argue that this is less conversational than “If it’s raining then if I need to leave then if I am parked in the street then grab an umbrella.”

But does this matter? Am I just being fussy and shuffling around the code to no real benefit? Are there advantages to the “ifception” approach (thanks to Dan Martin for this term)? Why would someone prefer this style? These were the things that I found myself contemplating.

In order to understand possible advantages or reasons for this preference, I sought to figure out the motivation. My first thought was that someone would write code this way if they missed the week in discrete math/logic where DeMorgan’s laws and the rules of inference in Boolean Algebra were covered. However, I don’t like to assume incompetence or ignorance when the only evidence present is evidence only of a different preference than mine, so let’s dismiss that as a motivation.

The second thing that occurred to me was a lack of awareness or mistrust of the compiler short-circuiting and operations. To put it another way, they believe that all three conditions will be checked even if the first one fails, so the ifception is more efficient. But, again, this requires an assumption of ignorance, so let’s assume that the author understands conditional short-circuiting.

After that a slightly more valid motivation dawned on me (and one that doesn’t assume ignorance/incompetence) – the author loves debugger! That is, perhaps the code author likes it this way because he or she prefers to be able to step through the method and see the short circuiting or success in action.

As I poked around a little more, I found code in the same class of this form as well:

Two data points now seem to point to my conclusion. I believe the motivation here is Debugger Driven Development (DDD) — a term that I’ll use to describe the approach where you write production code specifically designed to be stepped through in the debugger. This is a rather pessimistic approach since it seems to say “when you’re dealing with my code you’re going to be in the debugger… a lot… seriously, I have no idea how or even if my code works.”

I will also allow for the possibility that someone might view these approaches as inherently more readable, but I can only imagine that’s the case as a result of familiarity. In other words, this style is only more readable if it’s what you expect to see — I doubt anyone not versed in programming would gravitate toward nested conditionals and/or return statements as approachable.

If anyone can think of an additional benefit that I’m missing, please let me know. Or, in other words:

Does It Really Matter?

So having tentatively identified a motivation for ifceptions (DDD), is this style preferable? Harmless? To be avoided? I actually wrestled with this for a while before forming my opinion. The style is very different from what I prefer and am used to, but I try very hard not to conflate “I’m not used to that” with “That’s bad”. Doing so is the height of arrogance and will greatly hinder one’s ability to learn.

That said, the conclusion I came to was that this should be avoided if possible. And the reason it should be avoided boils down to method level abstractions. A method should tell a story. The method “GrabUmbrellaIfNecessary” tells a story — it tells you that it’s going to figure out whether an umbrella is needed and grab it if so. As a client of that method, you’re going to take it at face value that it does what it advertises, but if you do decide to drill into the method, you’re expecting to see a concise implementation of what’s advertised.

In the factored example, that’s exactly what you see. What better captures “GrabUmbrellaIfNecessary” than a single if condition for “DoINeedAnUmbrella” followed by a “GrabUmbrella” for a true evaluation? But what about the ifception example? Well, I see that there’s a condition to see whether it’s raining or not and then a scoped block of code with another conditional. Oh, okay, if it’s raining, we’ll get in there and then we’ll see if I need to leave in which case we’ll get… another scoped block of code. Okay, okay, so now, we need to know where I’m parked and, what were we doing again? Oh, right, we’re seeing whether we need to get into another scoped block of code. Ah, okay, if we’re parked in the street, here’s the meat of the method – grab the umbrella!

Notice that in the ifception reading, you see words like “scope” and “block”. I’m having to think of scoping rules, brackets, nested conditionals, control flow and other language constructs. Each of these things has exactly nothing to do with whether I should bring my umbrella or not and yet I’m thinking of them. If you look at the flattened early return method, a similar thing is happening: 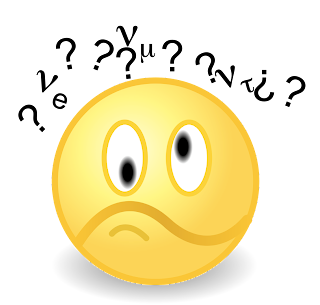 An easy argument to make at this point is “Erik, you’re a programmer and you should understand things like scope and early returns — don’t be lazy.” While this is true, it’s also true that I’m capable of squinting and making out tiny, bright yellow font against a white background. In neither case is that enjoyable or a good use of my time and effort when it’s possible simply to have more clarity and ease of reading.

Programmers are paid to solve problems by handling and abstracting away complexity. This applies to end-users and fellow programmers as well. It’s easy to lose sight of this and believe that knowledge of particular languages, frameworks, etc is the end goal, but that knowledge is simply a tool used in pursuit of the actual end goal: problem solving. If methods are written in such a way as to make them read like “well written prose”, I don’t have to focus on language syntax and details. I don’t have to be acutely aware that I’m in the middle of a method, figuring out scope and/or when to return. Instead, I can focus on the business logic of my problem domain and meeting user requirements.

Method writing techniques that make language syntax an afterthought are good abstractions. They hide the bare-metal, nitty-gritty details of writing C# (or any language/framework) as much as possible, exposing only enough to facilitate understanding of the problems being solved. And while it’s never going to be possible to avoid all scoping, returning and other such method housekeeping, you can certainly arrange your methods in such a way as to minimize and hide it, rather than to distract readers by calling attention to it.

Good points. The surprise “return();” line in the middle of a method (or, in some of my codebase’s really old code, the surprise “continue;” in an iteration, god help me) has a spectacularly jarring effect on the reader. I can completely lose my train of thought, hitting one of those lines. My brain can actually do exactly what it says. I’m not kidding: I literally lose scope.

Thank you for this.

(BTW, your link to the “ifception” description is broken. Take out the “/blog/” part.)

Updated the link, and thanks for the feedback. I guess Dan must have changed his URL structure between then and now.

Interesting thought on return ending the train of thought. I’ll have to see if that’s the effect it has on me next time I’m reading code.

Oh, I doubt you’ll experience the same. You have greater command of your codebase than I do mine. The methods in my codebase — at least, the parts with the abrupt exits — tell sad, drunken stories.

These days, I do a lot of coaching, part of which is auditing a lot of legacy code bases. People don’t typically call me in for help unless things are fairly sideways (though occasionally I do wind up looking at a tidy code base of a team that just wants some pointers)