I’d like to have a little fun for this Friday post.  I’m sitting on a plane, where I paid for wifi to take care of a few late in the day items.  Those took less time than I was expecting, so instead of the cross-post I was planning, I’m going to do this post.

Someone on twitter linked to this article, and Rands had previously linked to it, so I thought it must be worth a read.  It’s titled, “We got 10 CEOs to tell us their one killer interview question for new hires,” so I immediately thought, “Rands… why?!”  Off the cuff, it seemed like a standard Buzzfeed piece, filled with typical interview mythology where we’re asked to assume that something is profound because Warren Buffet asked it, or something.

As I read through it, though, something struck me.  Most articles like this are written by corporate pragmatists, for corporate pragmatists.  As such, they are ispo facto not interesting from a realpolitik perspective.  They are, to draw on Gervais Principle lexicon, gametalk.  “‘What’s your greatest weakness,’ should be answered with, ‘well, try to find a way to describe a strength as if it were a weakness!'”  Thanks for that insight, Dale Carnegie!

But as I read the article, it dawned on me that there were potentially non-zero stakes, and that these were actually questions that opportunists might gamely pose to other opportunists.  In other words, this isn’t “CEO says that these are questions grunts should be prepared to answer when asked by grunt-managers.”  Instead, it’s, “this is something I would ask a C-level person because I would find the answer interesting.”  (And finding the answer interesting might be entirely orthogonal to a hiring decision). 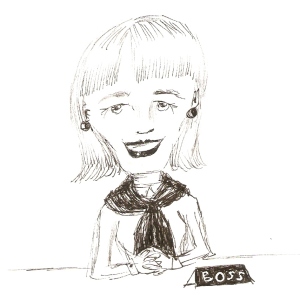 So here are the questions, along with what I’d posit as the right answer from any self-respecting opportunist (answers in normal print, commentary in italics).

Would you rather be respected or feared?

If the guy is a Machiavelli (or Bronx Tale) fan, give him the right answer.

Why are you here today?

I’m here today because I think we can both provide something that the other wants.

What’s your biggest dream in life?

Agency.  I want to have earned the ability to depend on no one and work on whatever I think is the most fulfilling and valuable thing that I could do.

Opportunists smell their own by recognizing a desire for ownership mentality.  If your dream is to work for them or some other subordinate thing, you’re an idealist.  Opportunists want to own their destinies.

“I ask how they were treated.”

This is sort of thematically weird because it’s not a question of the aspiring opportunist, but of the people in ostensibly subservient roles that helped the opportunist — admin assistants, drivers, etc.

Always treat people in roles like this the same way you would a peer or superior that you were meeting during a client interaction.  If not because it’s the good thing to do, just do it as a way to practice being measured, polite, and in control.  There is absolutely no political upside to acting like a prima donna in a restaurant or cab.  That’s a self-indulgent thing done by people who think of narcissism as a fashion accessory.

This is a nice area where realpolitik and human decency just happen to align.

What is your favorite property in Monopoly, and why?

That’d get you a callback, and it would be fun.  ’nuff said.

Tell me about when you failed.

This is obviously going to have to be at least somewhat personal to you.

I walked from a leadership role when I perceived that I couldn’t win.  I had enough org chart authority to be ultimately responsible for delivery, but not enough to have full authority over budget.  I did my best for a while, but viewed this as untenable, so when an opportunity came along with another organization for a role with more authority, I jumped.  My replacement wound up delivering it, and I wish that’d been me.

A lot to note here.  First of all, it’s a genuine “I failed” story.  But also packed in there are messages that include, “I’m in demand,” “I’m ambitious,” “I don’t sweat my failures,” and “I don’t lose.”  Pragmatists, when asked for “what’s your greatest weakness” pap focus on seeming humble.  Opportunists focus more on outcomes — feelings don’t matter.

Talk to me about when you were seven or eight. Who did you want to be?

If you’re asked this, you’re not talking to an opportunist.  This is an idealist question.  If you still want this gig (which I wouldn’t advise), make up something that sounds idealistic to humor the idealist (Venkatesh’s “Babytalk”).

The article isn’t particularly well-written here, but it seems to (ambiguously) imply that this CEO and his crew take the candidate out to dinner, and ask the candidate to pick a bottle of wine for the table.

(Addressed to the server) I have my tastes when it comes to wine, but I’m not on my home turf and I’m out with 5 people whose tastes I do not know.  Can you please make a recommendation for less than $200 per bottle that tends to appeal to the widest range of palates?  I’ll trust your judgment.

I recognize the game being played, and I want to communicate that I don’t really have enough information.  So, in an information vacuum, I make a few, critical, snap assumptions.  I’m not picking up the tab, so I wouldn’t go nuts, but I do recognize that this is a dinner of high rollers.  I’m shrewd enough to set a budget, but enough of a delegator to ask someone to operate within that budget.  And, I treat people decently, whether they’re my direct reports or waiters, so I will graciously ask for help.

The guy asking this question then goes on to say he closes dinner with, “tell me a joke.”

A group of corporate big wigs walk into an expensive restaurant.  Tell me a joke, one says…

They’ll laugh politely, and maybe excuse you.  If nothing else, at least this will buy you time to gauge how ribald you should be with your actual joke.

This CEO asked a candidate to sing for him and his “panel of senior executives,” when the candidate mentioned that he was a “keen singer.”

Nope.  Nice talking to you.  I’ll show myself out.

Are you saying if we took away corporate culture, a lot of people would lose jobs? If so, that’s true, though commerce would still happen — I don’t think anything would stop that. People would find ways to make money. (Though I don’t think that the corporate world is going anywhere overly soon)

I am saying your vision of tech people to be like lawyers working for a tech firm and a company basically hire some tech dudes for X amount of hours, is a nice idea. but won’t work for all places for few reasons.
but yeah, if corporate culture will vanish, all those HR people will work somewhere else.