Job Titles: Would a CEO by any other Name Smell as Sweet?

If you were to tick off a list of status symbols in US culture, you’d see stalwarts on there like cars, houses, jewelry and, these days, smart phones. But you’d probably want to make room for “job title” on that list. Don’t believe me? See how creative people get in advance of a 10 year high school reunion when they gear up to explain their livelihoods to former classmates. “Dynamic Brand Analyst” has a lot more zip to it than “Social Media Updater.” The job title is your elevator pitch’s elevator pitch to explain your value in society, and is thus a natural candidate for obsessive validation-seeking by proxy. 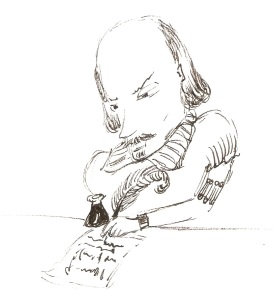 By its nature, the job title is thus a fairly nuanced construct. It has layers of significance and impact on our lives. Let’s consider some, ordered loosely from least to most cynical.

If I walked into my doctor’s office and asked to make an appointment with an accountant, there would, no doubt, be some confusion. At its most basic level a job title identifies the nature of one’s professional work. This is why the overwhelming majority of job titles are, at their core, just verbs turned into nouns in some way. Directors direct, engineers engineer, servers serve, policemen police, etc.

A lot of times, titles have another pragmatic component that’s similar to but subtly different from the functional identifier. The simplest example is a line manager with a title like “Operations Manager.” The functional identifier indicates that this is a person that manages the business operations, but the title also implies org chart responsibilities, such as conducting performance reviews. Another good example of this in action is C*O, with the O being of most interest. Officer in a company implies that the title bearer has signing authority with the company, allowing him or her to officially represent the company to external parties.

Another thing you commonly see is certifications, licensing, union membership, etc baked into titles. This is simply an abbreviated way to indicate some sort of accreditation above and beyond the realm of employment. In other words, you’re not just a Widgeteer, but you’re a certified Widgeteer, WP. The Widgeteering Professional designation is good for your company as it implies outside endorsement, and it’s good for you because it makes you more marketable. That’s the theory, anyway, and it’s probably true fairly often.

Wolves do it through fighting, chimpanzees through various forms of physical competition, and humans through job titles: establishing dominance in social groups. While our way might initially seem a lot more lame, you have to remember that it comes with snazzy business cards. In collaborative affairs, pure democracy and consensus building tend not to scale well, so subtle rules of influence and deference are needed for practical decision making. Job titles expediently define the rules for such a thing. A Principal Widgeteer, Senior Widgeteer and Widgeteer walk into a bar and order three different drinks — which is the right drink? Why, the one the Principal Widgeteer ordered, obviously. You don’t get to be a Principal Widgeteer without knowing how to order drinks. Or… something. But anyway, he’s right. Unless, of course, the Director of Widgeteering comes in and she orders something different.

Frankly, this is probably going to piss a lot of people off, but it’s worth saying. There are a lot of quasi-meaningless designations that get added to titles. I’m looking at you, “Senior” or putting numbers after positions, such as, “Engineer IV.” I say that they’re quasi-meaningless because they usually locate you in some kind of compensation matrix designed to stave off lawsuits and offer nominal pecking order shuffling, but that’s about it.

What they really tend to do is facilitate you feeling mollified over a relatively poor economic bargain. “No, you can’t have the corner office and the 200K income until you put in 20 or 25 years, but we really, totally value your contributions enough to make you a Lead Principal Black Belt Widgeteer IX.” It won’t buy you a Porsche, but it sounds like it could!

In all seriousness, there really isn’t much malice aforethought that goes into this. It’s really organizations and leaders saying, “we’re not in a position to do more for you financially and/or to have you run a department, but we do value you and we want to show it.” It’s human nature to seek validation and recognition, and the adding of buzzwords to titles is a mechanism for that.

The last concern I’ll mention is the one to which I alluded in the opening paragraph. The considerations about pecking order and consolation prizes are mostly internal matters at a company, but this is an advertisement for how your company views you and, in a sense, how valued you are by society at large. It’s the company saying, “this is how we want the world to think that we view you,” and that’s significant. If you’re a semi-unemployable goofball that they have doing grunt work in a pinch, they’re probably willing to call you, “Part Time Assistant” or something, but not so much “Senior Team Leader” because the latter would make them look idiotic. And, because of the way position titles can reflect on a company’s reputation, there’s a general impression that companies will be parsimonious with praise, meaning whatever title you advertise to the world is probably either reflective or an understatement of the person’s worth.

Interestingly, I’d also argue that this is the dynamic that drives high title churn of positions that are considered to be low status gigs. The classic euphemistic ones that I can think of are migrating titles from “Janitor” to “Custodian” to “Sanitation Engineer” or whatever. On the surface, you’d think that this is a “consolation prize” concern, and perhaps it starts out this way, but I’d imagine that this is more a matter of companies trying to manage reputation with more professional sounding titles than it is to toss a bone to a relatively high turnover position. Retention in a gig like that isn’t usually going to be a high priority.

Having explored the various components of the job title, what’s the point here? Fact is, I’m not entirely sure that I have one except to wonder idly if the job title as a construct actually adds much to the corporate human experience. It’s an expedient way to categorize the nature of someone’s work, which seems important, but would it really be hard for me to say “I write software” instead of “I’m a software developer” when someone asks me what I do for a living? As a matter of fact, the former has fewer syllables and the latter is a non sequitur in that you ask me what I do and I tell you what I am.

It’s from a somewhat uncomfortable position that I write this since, if you go take a look at my employment history on LinkedIn, I’m not without “Senior” positions and it’s not as though I’ve been unclear or coy about any position titles that I’ve held. They’re out there for all to see, marking my progress through a career and presumably my worth as a professional, if not explicitly as a human (though implicitly is probably another matter). I’d even say that I have a substantial dependency on those value assignments from former employers because they’re my single biggest negotiating chip in future professional arrangements — how I prove that I shouldn’t need to start from scratch.

But I’m growing increasingly leery of this mainstay of our society. Henceforth, I will never be Romeo.

At this point, I’m restraining myself a bit from a mega-post, so stay tuned for the conclusion of this line of thought to follow probably next week. There I’ll discuss what I consider my ideal title to be as well as how I think an organization could manage titles that might be quite interesting. Cheers, and happy Friday.

I have one of those III titles and I’m not offended by your sentiments at all. I mostly agree, with the exception that my employer uses it to box a salary range and not just appease the employee. “Sorry, we couldn’t offer you a bigger raise but you are already in the xx percentile of Widgeteer III” Don’t mind that the 2 Widgeteers IV just got that title after 25 years of service.

That’s what I was driving at when I talked about placing you in a “compensation matrix,” though I didn’t talk about it specifically. Those carefully segmented titles are designed to correspond to salary ranges, as you point out, with the idea that if you stick to them carefully you can avoid potential lawsuits for unfair comp practices. Personally, given that this practice is as likely to be an annoyance for managers as a convenience (their good employees tend to leave for career advancement), I think creating impressive sounding noise-words around the title is the organization’s way of offering what I… Read more »

That’s funny. While reading your post, I thought about changing my title at the bottom of my emails to say “I write software”. I think I actually might.

By the way, I also have this at the bottom of my emails: “If at first you don’t succeed, write the unit test you should have written in the first place.

I like both of those things a whole lot at the bottom emails. 🙂