Flexibility vs Simplicity? Why Not Both?

Don’t hard code file paths in your application. If you have some log file that it’s writing to or some XML file that it’s reading, there’s a well established pattern for how to keep track of the paths of those files: an external configuration scheme. This might be a .config file or a settings.xml file or even a yourapp.ini file if you’re gray enough in the beard. Or, perhaps it’s something more exotic like a database table or web service that stores key value configuration pairs. Maybe it’s something as simple as command line parameters that specify the path. Whatever the case may be, everyone knows that you don’t hard code — you don’t store the file path right in the source code. That’s amateur hour.

You can imagine how this began. Maybe a long time ago someone said, “hey, let’s log critical application events to a file so that we can review and troubleshoot if things go wrong.” They shipped this for some machine running Windows 3.1 or something, and were logging to C:\temp, which was fine unless users didn’t have a C:\temp directory. In that case, it blew up spectacularly and they were flooded with support calls at which point, they could tell their users to create the directory or they could ship a new set of floppy disks with the new source code, amended to log to a directory guaranteed to exist. Or something like that, anyway.

The lesson couldn’t be more obvious. If they had just thought ahead, they would have realized their choice for the path of the log file, which isn’t even critical anyway, was a poor one. It would have been good if they had chosen better, but it would have been almost as good if they’d just made this configurable somehow so that it needn’t be a disaster. They could have made the path configurable or they could have just made it a configurable option to create C:\temp if it didn’t exist. Next time, they’d do better by building flexibility into the application. They’d create a scheme where the application was flexible and thus the cost of not getting configuration settings right up-front was dramatically reduced.

This approach made sense and it became the norm. User settings and preferences would be treated as data, which would make it easy to create a default experience but to allow users to customize it if they were sufficiently sophisticated. And the predecessor to the “Advanced” menu tab was born. But the other thing that was born was subtle complexity, both for the users and for the programmers. Application configurability is second nature to us now (e.g. the .NET .config file), but make no mistake — it is a source of complexity even if you’re completely used to it. Think of paying $300 per month for all of your different telco concerns — the fact that you’ve been doing this for years does’t mean you’re not shelling out a ton of money.

What’s even more insidious is how this mentality has crept into application development in other ways. Notice that I called this practice “preferences as data” rather than “future-proofing,” but “future-proofing” is the lesson that many took away. If you design your application to be flexible enough, you can insulate yourself against bad initial guesses about user preferences or usage scenarios and you can ensure that the right set of tweaks, configuration alterations, and hacks will allow users to achieve what they want without you needing to re-deploy.

So, what’s the problem, apart from a huge growth in the number of available settings in a config file? I’d argue that the problem is the subtle one of striving for configurability as a first class goal. Rather than express this in general, definition-oriented terms, consider an example that may be the logical conclusion to take this thinking as far as it will go. You have some method that you expose publicly, called, ProcessOrder and it takes a parameter. Contrary to what you might think, the parameter isn’t an order ID and it isn’t an order: it’s an object. Why? Because this API is endlessly flexible. The method signature will suffice even if the entire order processing mechanism changes and even if the structure of the order itself changes. Heck, it won’t need to be altered if you decide to alter ProcessOrder(object order) to send emails. Just pass in an “Email” object and add a check for typeof(Email) to ProcessOrder. Awesome, right? 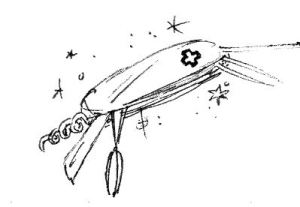 Yeah, ugh. Flexibility run amok. It’d be easy to interpret my point thus far as “you need to find the balance between inflexibility/simplicity on one end and flexibility/complexity on the other.” But that’s a consultant answer at best, and a non-point at worst. It’s no great revelation that these tradeoffs exist or that it’d be ideal if you could understand which trait was more valuable in a given moment.

The interesting thing here is to consider the original problem — the one we’ve long since file away as settled. We shipped a piece of software with a setting that turned out to be a mistake, so what lesson do we take away from that? The lesson we did take away was that we should make mistakes less costly by adding a configurability out. But what if we made the mistake less costly by making rollouts of the software trivial and inexpensive? Imagine a hypothetical world where rollout didn’t mean shipping a bunch of shrink-wrapped boxes with floppy disks in them but rather a single mouse click and high confidence that everything would go well. If this were a reality, hard-coding a log file path wouldn’t really be a big deal because if that path turned out to be a problem, you could just alter that source code file, click a button, and correct the mistake. By introducing and adjusting a previously unconsidered variable, you’ve managed to achieve both simplicity and flexibility without having to trade one for the other.

The danger for software decision makers comes from creating designs with the goal of satisfying principles or interim goals rather than the goal of solving immediate business problems. For instance, the problem of hard-coding tends to arise from (generally inexperienced) software developers optimizing for their own understanding and making code as procedurally simple as possible — “hardcoding is good because I can see right where the file is going when I look at my code.” That’s not a reasonable business goal for the software. But the same problem occurs with developers automatically creating a config file for application settings — they’re following the principle of “flexibility” rather than thinking of what might make the most sense for their customers or their situation. And, of course, this also applies to the designer of the aforementioned “ProcessOrder(object)” API. Here the goal is “flexibility” rather than something tangible like “our users have expressed an interest in changing the structure of the Order object and we think this is a good idea and want to support them.”

Getting caught up in making your code conform to principles will not only result in potentially suboptimal design decisions — it will also stop you from considering previously unconsidered variables or situations. If you abide the principle “hard-coding is bad,” without ever revisiting it, you’re not likely to consider “what if we just made it not matter by making deployments trivial?” There is nothing wrong with principles; they make it easy to communicate concepts and lay the groundwork for making good decisions. But use them as tools to help you achieve your goals and not as your actual goals. Your goals should always be expressible as humans interacting with your software — not characteristics of the software.

I really enjoyed this. I think this might be one of those things that a lot of developers think about, but they don’t actually say aloud for fear of what others might think. It really is so ingrained in us at this point that “nothing is hardcoded”. It’s at the point now where some people can justify days (I’ve seen upwards of an entire week) of screwing around with some build system plugin so they can have the code be: key = ; … and to avoid the apparently evil and amateur: if(Application.Config.Debug) { key = X; } else {… Read more »

Heh, your comment here made me think about the avenue I didn’t even get into of turning every imaginable application decision into a cog in some giant XML file. /shudders/

I’m constantly pushing for easy deployment, and we’re getting there. I have suffered through many comments along the line of “Ugggh, we had to deploy upwards of thirty packages to preprod this month” where my interlocutor see this as a bad thing, and me as a sign that the automatic packaging / semi-automatic installing I set up is working fine, hence a good thing. So last time when I got a very very specific business need for one specific edge-case, I didn’t hesitate to hardcode some values in an Castle interceptor and push it to preprod after tests. When showing… Read more »

It’s interesting how we carry forward design decisions from well in the past when we had different constraints (I’m looking at you, RDBMS). I think that quick/accurate deploys are definitely something that should prompt us to look at conventional wisdom for interesting new opportunities.