It’s a Work in Progress

I’ll have that for you next week. Oh, you want it to do that other thing that we talked about earlier where it hides those controls depending on what the user selects? I’ll have it for you next month. Oh, and you also want the new skinning and the performance improvements too? I’ll get started and we’ll set about six months out as the target date. Unless you want to migrate over to using Postgres. Then make it a year.

Have you ever had any conversations that went like this? Ever been the person making this promise or at least the one that would ultimately be responsible for delivering it? If so, I bet you felt like, “man, I’m totally just making things up, but I guess we’ll worry about that later.” Have you ever been on the hearing end of this kind of thing? I bet you felt like, “man, he’s totally just making things up, and none of this will ever actually happen.”

As you’ll know if you’ve been checking in at this blog for a while, my opinions about the “waterfall methodology” are no secret. It isn’t my intention to harp on that here but rather to point out that the so-called waterfall approach to software development is simply part of what I consider to be a larger fail: namely, putting a lot of distance between promises and deliveries.

I get the desire to do this–I really do. It’s the same reason that we root for underdogs in sports or we want the nice guy not to finish last. Having success is good, but sudden, unexpected success is awesome. It creates a narrative that is far more compelling than “guy who always delivers satisfactory results does it yet again.” Instead, it says, “I just pulled this thing called an iPod out of nowhere and now I’m going to be the subject of posthumous books and cheesy project manager motivational calendars in a decade.”

Companies have done things like this for a long, long time–particularly companies that sell tangible goods. It’s been the story of a consumer-based world where you innovate, patent, and then sell temporarily monopolized widgets, making a fortune by giving the world something new and bold. You probably wind up on the cover of various magazines with feel-good stories about the guy behind the revolutionary thing no one saw coming, except for one visionary (or a team of them) toiling away in anonymity and secrecy, ready to pull back the curtain and dazzle us with The Prestige. 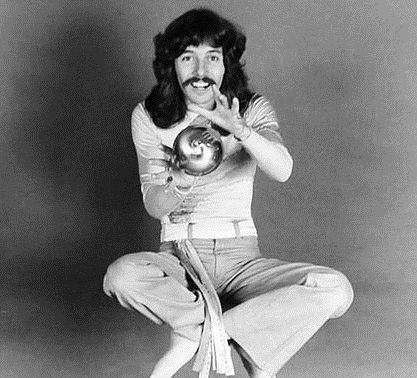 But here’s the thing. The world is getting increasingly service oriented. You don’t really buy software anymore because now you subscribe and download it from “the cloud” or something. Increasingly, you rent tools and other things that perhaps you would previously have purchased. Even hardware goods and electronics have become relatively disposable, and there is the expectation of constant re-selling. Even the much-ballyhooed innovator, Apple, hasn’t really done anything interesting for a while. We’re in a world where value is delivered constantly and on a slight incline, rather than in sudden, massive eruptions and subsequent periods of resting on laurels.

What does the shifting global economic model have to do with the “waterfall” method of getting things done? Well, it pokes a hole in the pipe-dream of “we’ll go off and bury ourselves in a bunker for six months and then emerge with the software that does everything you want and also makes cold fusion a reality.” You won’t actually do that because no one really does anymore, and even back when people did, they failed a lot more often than they succeeded in this approach.

I love to hear people say, “it’s a work in progress.” That means that work is getting done and those doing it aren’t satisfied, and those two components are essential to the service model. These words mean that the speaker is constantly adding value. But more than that, it means that the speaker is setting small, attainable goals and that those listening can expect improvements soon and with a high degree of confidence. The person doing the work and the target audience are not going to get it perfect this week, next week, next month, or maybe ever. But they will get it better and better at each of those intervals, making everyone involved more and more satisfied. And having satisfaction steadily improve sure beats having no satisfaction at all for a long time and then a very large chance of anger and lawsuits. Make your work a work in progress, and make people’s stock in your labor a blue chipper rather than a junk bond.