I received a recommendation from Ted Young recently to try a switch to IntelliJ IDEA as an alternative to Eclipse IDE. I’ve been using Eclipse for years, but figured I’d give this tool a try, as it’s brought to you by the clever folks that make Resharper. Uncle Bob uses it in his series of Clean Code videos as well. I’ve been watching these lately, and his fluency with that IDE is making me long for something a little more… polished than Eclipse. I guess I’m spoiled by Visual Studio. 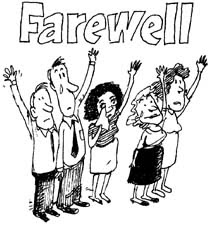 Anyway, I’ve installed the Community version of IntelliJ. Over the weekend, I spent a few hours porting my home automation project, Daedalus, to be usable by IntelliJ. Mostly, this involved turning it into a Maven project, and then ironing out a handful of miscellaneous details and quirks. I’m already much happier with this IDE than I was with Eclipse.

For starters, the Intelli-Sense (or whatever it’s called) is vastly superior to Eclipse. The static analysis for things like non-compiling code is also much snappier and prettier. And, beyond that, little things do what I’m used to from Visual Studio (e.g. ctrl-tab between code files). It’s weird, but a few things like that here and there really add up to being happier with the user experience. Using IntelliJ feels like coming home, which is impressive, since I’ve never used it (and I don’t even use ReSharper). Color me impressed.

Here is a handful of other miscellaneous observations so far:

That’s about it, so far. I’ll probably have more posts to add as I go. I wish I had documented and blogged about the conversion from Eclipse, as that was relatively straightforward, but with a few gotchas, since I didn’t have Maven set up for Eclipse and I did have the Spring/Tomcat/Jstl dependencies. Thing is, I kind of started off not thinking I was actually going to switch and just doing some exploratory puttering, so I didn’t get into the documentation mindset until it was too late. Oh well, c’est la vie. If anyone’s curious about anything I did, please feel free to comment or shoot me an email.

At any rate, I think I’m probably going to close the books on Eclipse. I suspect that my only future debate here is whether or not to upgrade to the paid Ultimate version of IntelliJ. Given that I alternate between .NET and Java, the relative synergy between IntelliJ and Visual Studio is simply too huge an advantage to pass up. I realize that Eclipse probably has a richer plugin library, but to be honest, my opinion of Eclipse has always more or less been “meh, it works, I guess”, rather than “ooh, this is nice!” After even just a few days with IntelliJ, it’s hard to see myself going back.

[…] document.getElementsByTagName("script")[0]; s.parentNode.insertBefore(po, s); })(); A while back, I blogged about my switch from Eclipse to the community (free) version of IntelliJ IDEA. After that, I went on a […]

Welcome to my world. .NET and Java developer… InteliiJ for the world! 😀

Definitely. After making the switch, I never looked back.