I was helping someone troubleshoot an issue today, digging through code, and I came across a double-take-inducing design decision. In the GUI, there was a concept of feature, and each feature was being bound to something called FeatureGroup which was a collection of features that, at run-time, only ever contained one feature. So, as a markup-writing client interested in displaying a single feature, I have to bind to the first feature in a group of features that has a size greater than zero and less than or equal to one. This is as opposed to binding to, well, a feature. I’m sure there is some explanation for this, but I don’t want to know what it is. Seriously. I’m not interested. 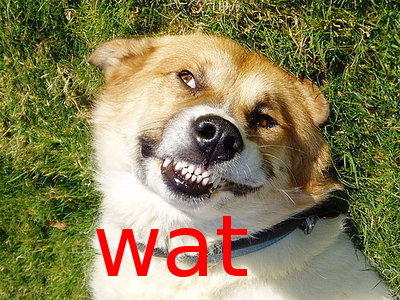 Everyone who encounters this code is going to have the same reaction I did: “what the…?!? Why?!?” At this point, people may react in various ways. More industrious people would write a new presentation layer abstraction and phase this one out. Others might seek out the original designer and ask an explanation, listening skeptically and resigning themselves to reluctant clienthood. Still others might blindly mimic what’s going on in the surrounding area, programming by coincidence in the hopes of getting things right. But what nobody is going to do is say “yep, this makes sense, and it’s a good, solid base for building further understanding of the application.” And, since that’s the case — since this abstraction won’t make any sense even with some helpful prodding — I don’t want to hear about the design struggles, technology limitations, or whatever else led to this point. It’s only going to desensitize me to a bad abstraction and encourage me to further it later.

Your code is only as good as the abstractions that define it. This is true whether your consumers are end-users, UI designers, or other developers. It doesn’t matter if you’ve come up with the most magical, awesome, efficient or slick internal algorithm if you have a bad outward-facing set of abstractions because people’s reactions will range from avoidance to annoyance, but not appreciation. I’ve touched on this before, tangentially. On the flip side, clients will tend to appreciate an intuitive API, regardless of what it does or doesn’t do under the hood.

My point here isn’t to encourage marketing or salesmanship of one’s own code to other developers, per se, but rather to talk about what makes code “good”. If you are a one-person development team or a hobbyist, this is all moot anyway, and you’re free to get your abstractions wrong until the cows come home, but if you’re not, good abstractions are important. As a developer, ask yourself which you’d rather use (these are not real code, I just made them up):

I don’t think there’s any question as to which you’d rather use. The second one is a mess — I can hear what you’re thinking:

Notice the core of the objections has to do with abstractions. Respectively: 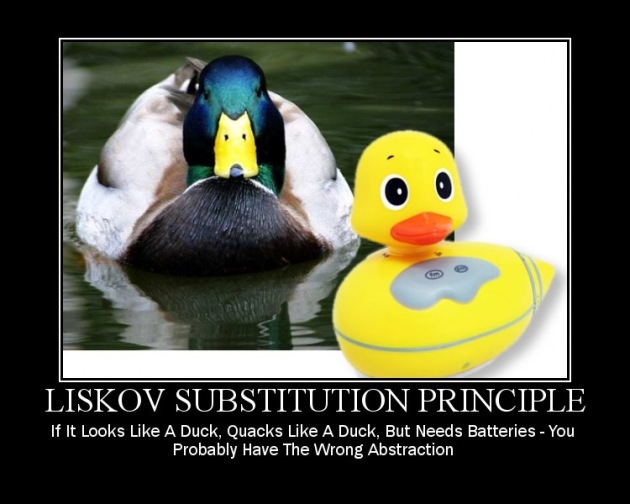 Also, in a broader sense, consider the mixture of layering concepts. This interface sometimes forces you to deal with the database (or file) directly and sometimes lets you deal with business objects. And, in some database operations, it maintains its own state and in some it asks for your help. If you use this API, there is no clear separation of your responsibilities from its responsibilities. You become codependent collaborators in a terrible relationships.

Contrast this with the first interface. The first interface is just basic CRUD operations, dealing only with a business object. There is no concept of database (or any persistence here). As a client of this, you know that you can request Customers and mutate them as you need. All other details (which primitives make up a customer, whether there is a file or a database, whether we’re connected to anything, whether anything is open, etc) are hidden from us. In this API, the separation of responsibilities is extremely clear.

If confronted with both of these API, all things being equal, the choice is obvious. But, I submit that even if the clean API is an abstraction for buggy code and the second API for functional code, you’re still better off with the first one. Why? Simply because the stuff under the hood that’s hidden from you can (and with a clean API like this, probably will) be fixed. What can’t be fixed is the blurring of responsibilities between your code and the confusion at maintenance time. The clean API draws a line in the sand and says “business logic is your deal and persistence is mine.” The second API says, “let’s work closely together about everything from the details of database connections all the way up to business logic, and let’s be so close that nobody knows where I begin and you end.” That may be (creepily) romantic, but it’s not the basis of a healthy relationship.

To wit, the developers using the second API are going to get it wrong because it’s hard to get it right. Fixing bugs in it will turn into whack-a-mole because developers will find weird quirks and work-arounds and start to depend on them. When responsibilities are blurred by mixed, weird, or flat-out-wrong abstractions, problems in the code proliferate like infectious viruses. In short, the clean abstraction API has a natural tendency to improve, and the bad abstraction API has a natural tendency to degenerate.

So please, I beg you, consider your abstractions. Apply a “golden rule” and force onto others only abstractions you’d want forced on yourself. Put a little polish on the parts of your code that others are going to be using. Everyone will benefit from it.