Android: Let There Be Internet! 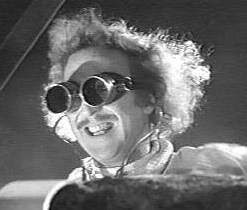 I’ve been a little lax in documenting my experience as a neophyte Android developer, and for that I apologize. Tonight, I have a quick entry that will hopefully save you some time.

I’m working on an open source home automation server. I’ve had a prototype functional for a couple of years now that runs as a web server in apache, Java-based, and controls the lights through a web interface front end and a low level backend that interfaces with the house’s electrical system. I control this through any computer/phone/ipod/wii/etc that’s hooked to my home wifi, using the browser.

Recently, I’ve wet my beak a little with Android development, out of curiosity, and so my mission tonight was to take the layout I’d been working on and get it to, you know, actually do something. So, the simplest thing for me to do was have the app reproduce the POST request sent by the browsers to get the desired result. Here is the code I slapped together for this:

Not the prettiest thing I’ve ever written, but this is a throw-away prototype to prove the concept (though I’m going to refactor tomorrow – I can’t help myself, prototype or not).

So, I fired it up and nothing happened. I checked out the stack trace and was getting an UnknownHostExeption, which didn’t make sense to me, since I was using the home automation server’s IP address. I used the browser on my phone, and I could turn the light off. I googled around a bit and found a bunch of information about things that can go wrong with the emulator, but I’m debugging right on my phone since the Emulator is painfully slow.

Finally, I stumbled across a suggestion and got it right through some experimentation. I needed to give the app permission to use the internet! So, I updated my manifest to the following:

Important line is the “uses-permissions” node, and, viola, let there be dark! My light turned off. Hope that helps someone out there struggling to understand the UnknownHostException for a known host.

(Note, the node level in the XML file is important — it must be a child of manifest, NOT application).