DaedTech Digest: Packing Edition and What We Take

As I mentioned in a recent digest post, we’re heading to Vermont in a few days, where we’ll stay for a month.  Since mentioning that, we’ve gotten questions about leaving our house unoccupied and about what packing is like.  Since I answered the former last week, I’ll answer the latter this week.

What Does One Pack for a Month?  Necessities

I’m going to try to resist the impulse to turn this post into my packing list.  Instead, I will simply mention that I make a packing list.  I use Trello for the packing list, and tend to reuse the same one each time we vagabond.  So, protip, I guess.

But, in terms of what we take, let me lay it out in broad strokes.  Amanda and I each pack a large duffel’s worth of clothing, representing about 10 days to 2 weeks’ worth of clothes.

This can be surprisingly lightweight or a little bulky, depending on the weather.  Not so much cold vs. warm, but how variable.  For instance, we’re going to Vermont for October, which means that we might encounter anything from t-shirt weather to frost and snow.  This means we need to pack more stuff.  If we were just going to, say, the Equator or to Alaska, we could bank on one kind of weather and pack more lightly.

From there, we pack certain necessities.  This includes our cats and their stuff.  It also includes my fairly meaty computer setup.  That actually speaks for most of the cargo space in our Jeep, with the rest going on top.

And Then, the Other Stuff

Work, animals and clothing is the core of our packing efforts.  But we also bring some things we could live without.  I always haul around a bag of electronics, which includes a few Alexa devices, a cordless phone, power strips, and other stuff I tend to like having.  Amanda brings a small suitcase thing full of makeups and nail polishes and such.

After that, the other main thing that we bring is some foldable, economical furniture.  This includes a folding chair and a folding table, in case the place we’re going doesn’t have a serious desktop setup. (We’ve learned from experience after buying these things upon arrival, when the AirBNB doesn’t have a desk.)  We also, space-permitting, will bring things like little bedside fans or humidifiers/dehumidifiers.  Again, things we’ve purchased after arrival and learned to take with.

And, speaking of buying things after arrival, I’ll close with this note.  You’ll always buy some stuff after arrival.  Assume that you’ll spend a couple hundred dollars when you get onsite, buying fans, cheap tables, coffee makers, or other things that aren’t there and that you realize that you need only after seeing they aren’t there. 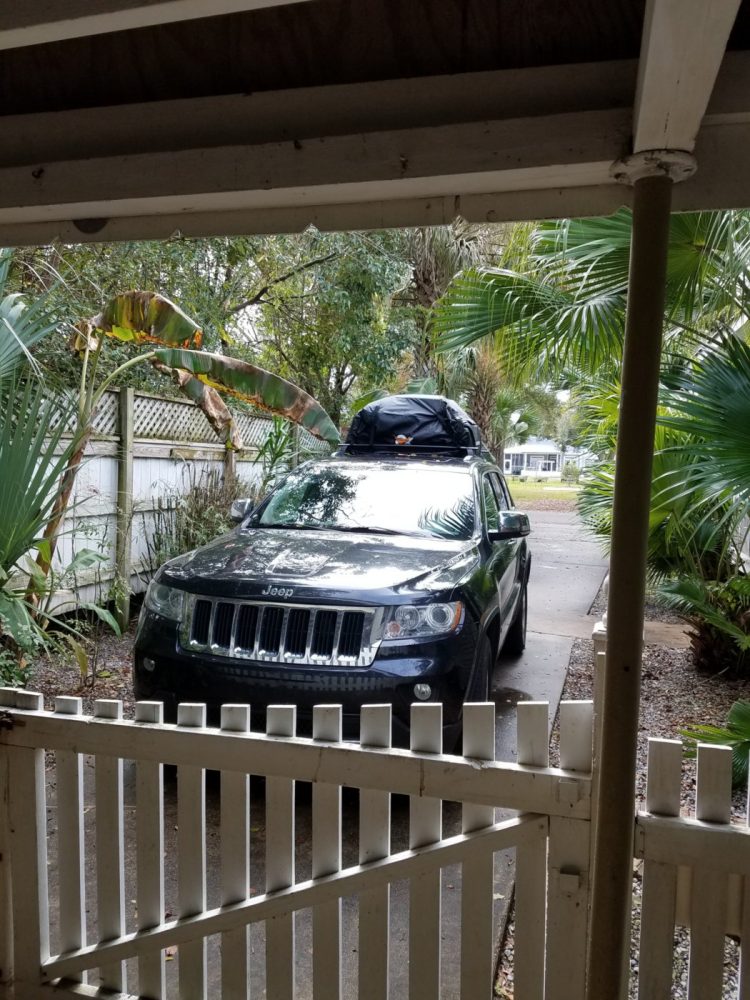 I’m kind of light on written things of late.  I’ve done a few, but clients have yet to publish them, and I’ve been doing more video and audio content, lately.  So, in that vein, I’ll offer some new media for the digest, all of which are videos.

And, as always, have a great weekend, folks!

“Amanda brings a small suitcase thing full of makeups and nail polishes and such.”

Way to tread lightly! (All experienced husbands know there are at least 1,000 individual items on the wife’s bathroom counter space at any one time…) 🙂

Yeah, I try to mind my own business when it comes to that sort of thing. Just throw it in the card and call it a day.