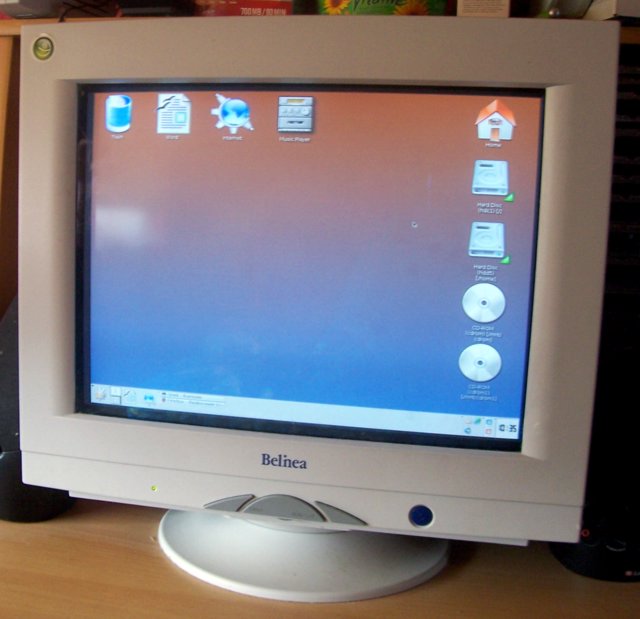 Sorry about the title, but I just couldn’t resist…

Anyway, this morning, I needed to open a MS Access 2010 file (.accdb extension), but I don’t have any version of Access installed or handy, except for Access 2000, which is obviously going to be a little behind the times. Not one to let that stop me from looking at the Access file in question, I consulted google, hoping for a free and/or open source solution. The internet did not disappoint.

I came across this link: http://www.alexnolan.net/software/mdb_viewer_plus.htm

From this site, you can download MDBPlus.exe, which is a free utility that allows you to view MDB files without having Access installed. You can see screenshots at the link, so I won’t bother to post them here, but it has a nice WPF-feel GUI and is pretty slick in general. Best of all, there’s no MSI or installer–it’s very lightweight. Just an executable that you download, and you’re set. There may be a .NET framework requirement, but I think I have 3.5 at least installed here, so I wasn’t prompted for it if there was. My compliments to Alex Nolan, the author of the utility.

When I first opened the Access DB file in question, I got an error message about needing a provider. This is a relatively recently formatted/clean-installed Windows machine, so I realized that I didn’t have the MS Access database engine installed. A quick trip to Microsoft’s site did the trick.

Those easy two steps, and I had my Access database open and was perusing the tables.

I don’t write C++ all that often these days, but I suppose that I spent so many years with it that it never really feels foreign to me when I come back to it. What does oftentimes feel foreign is generating a Makefile when developing in Linux. I’ve made enough of them over the years that I know what I’m doing but not so many that I can go off the cuff after six months or a year break from them.

So I’m sticking a sample Makefile here. This is somewhat for me to refer back to whenever I need to, but I’ll also explain some of the basics. In this example, I’m creating a little C++ application for calculating the odds of poker hands, given what is on the table at the moment. At the time of writing, the example, in its infancy, has only one class: Card. So the files at play here are card.h, card,cc and main.cpp. The main class references card.cpp, which, in turn, references its class definition header file, card.h.

That’s all well and good, but I can eliminate some duplication and make this more configurable. I’ll use Makefile variables so that I don’t have to repeat things like “card,” “oddscalc,” and “g++” everywhere.

In addition, I can see the inevitable redundancy coming from our previous Makefile. As soon as I add hand.cpp/hand.h and deck.cpp/deck.h, I’m going to have to create rules for them as well. Well, I don’t want to do that, so I’m introducing a scheme that, in essence, says, “compile every .cpp file I give you into a .o file and link it in the main assembly.” This will be expressed with a “.cpp.o” rule.

With this Makefile, if I want to add a new class, all I need to do is add the class's .cpp file to the "SOURCES" definition line and it will get compiled and linked for the application. (Well, obviously, I need to write the class as well, but we're just talking about the Makefile here.)

So that's it. There are a lot of things you can do with Makefiles. Some people create a variety of build configurations. "make tar" is a popular option as well. But I think that this Makefile is relatively simple and elegant, and it's easy to add to.