If you’ve had this experience, the first one probably arose in confusing fashion.  You put in your notice and the team scheduled your goodbye lunch.  At someone point, HR put a meeting request on your calendar that prompted you to say, “an exit what — what is this?”

And then you had an exit interview.

Or, maybe you’ve never had this awkward experience at all so far in your career.

Whether you’re an exit interview veteran or googling it for the first time, though, I’ve got some pointers for how to handle this.  I’ve given general advice on whether to quit a job and how to quit a job before, but this will be specific to the exit interview portion of quitting.

What Is an Exit Interview?

First things first.  What actually is an exit interview?

It’s not the most naturally intuitive concept, but you can probably infer what it involves from its name.  Still, you might wonder, “what’s the point?” 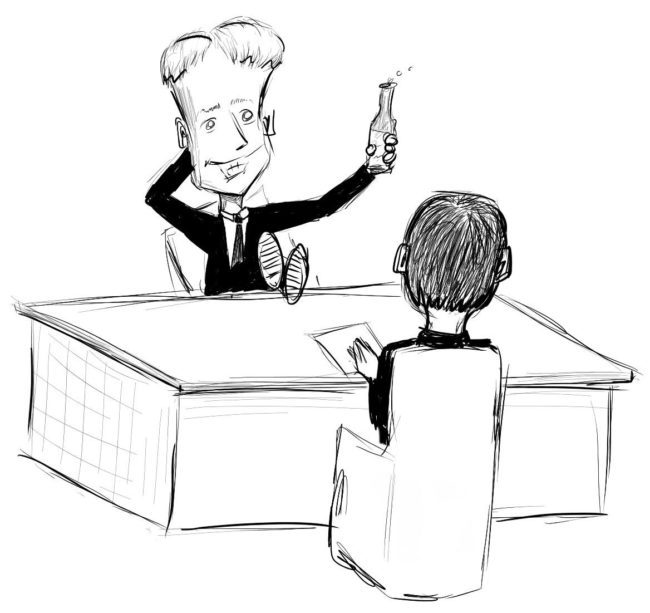 An exit interview is a meeting that someone, usually the HR department at a decent sized company, schedules with you.  It’ll generally happen the day of or the day before your departure, and it’ll take half an hour or maybe an hour if they really want to cover a lot of ground.

They’ll ask you a lot of questions, effectively looking for a private, Glassdoor-style review of the company.  For instance, here are some blue chip exit interview questions.

The exit interview is a standard practice for the company to collect and, hopefully, incorporate feedback from departing employees.  Theoretically, it offers them a unique window into people’s real thoughts about the company, since they can speak freely and without consequence.

How People Handle These Things

In a post I refer to often, I define the corporate hierarchy and the people who occupy it.

There’s a lot of subtlety to the particulars about the archetypes, but I’ll give a really quick overview.

Bearing that in mind, let’s look at how each of these archetypes handle the exit interview.

Opportunists and the Exit Interview

Opportunists have a game plan for this occasion.  Most of them probably hatch the plan subconsciously, without really sitting and preparing in any way.

But some might take an overt approach.  In either case, they have the same game plan.

Pretend that the current job is the second best thing that ever happened to them, second only to the job they’re taking.

They might hate the current job.  They may also hate their managers, coworkers, and everything else right on down to the coffee in the breakroom.

But HR won’t hear anything about that.

The exit interview will be a highly pleasant and superficial affair.  Oh, sure, they’ll concede very minor shortcomings — they won’t want to lay it on too thick and seem insulting.  Just cheerily cooperative and superficial.

HR: Why are you leaving us?

Opportunist: It wasn’t an easy decision, but I just have an opportunity too good to pass up.

HR: What was the best part about working here?

Opportunist: It’s hard to know where to start.  I liked the…

Opportunist: Honestly, everything was pretty great.  I guess some of the pockets of overtime dragged on me a bit, but that’s gonna happen anywhere.  It’s really hard to think of anything.

Why does the the opportunist do this?  It’s a pretty simple expected value calculation, reminiscent of a corporate version of Pascal’s wager.

All of those people will continue to play out their careers, staying at that company or moving on to others.  And, at some point, they may be in a position to help the opportunist out in some way.  So why not make sure they have every reason to do so?

Even people with whom the opportunist vehemently disagreed or had stylistic clashes may relent in retrospect.  A problematic manager or coworker might expect negative feedback and be pleasantly surprised (and probably confused) to receive positive.  In a subtle sense, the opportunist creates a favor owed.

But That’s Not Right — Think of the Company!

I can hear people objecting to this.  (And I’ve heard the objections discussing this over beers.)

Let me answer this in two ways.  First, pragmatically, and second philosophically.

Pragmatically speaking, reverse the roles and imperatives.  What HR and others are saying to you is, “you should incur some risk to your career prospects as a favor to the company and to other people.”

But would (and did) the company do this for you?  You’re leaving for a reason.

Did the company take a slight amount of risk to do you the favor of paying you more, giving you better assignments, or whatever prompted you to leave?  Nope. 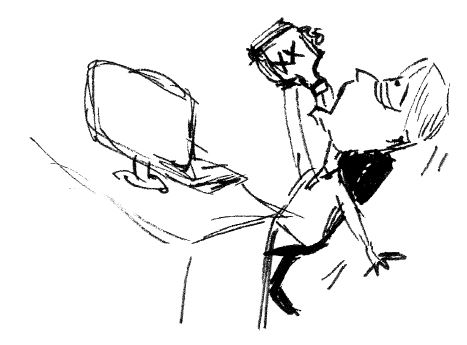 More philosophically, opportunists understand the corporate game and they do something the other archetypes don’t.  They ignore the idea of “the company” altogether.

Pragmatists view the company as sort of a parental figure and idealists view it as a steward of their careers.  Opportunists realize that the company and its culture don’t matter and that companies are just complex collections of individual relationships.

Viewed through that lens, the honest exit interview is absurd and just amounts to gossiping on the record about potential future business relationships.

I talk a lot more about these concepts in my book, Developer Hegemony.  Embracing the opportunist outlook tends to create crises of ethics in career-minded people.

But this particular opportunist play doesn’t expose you to that.  It’s a perfectly reasonable thing to do. 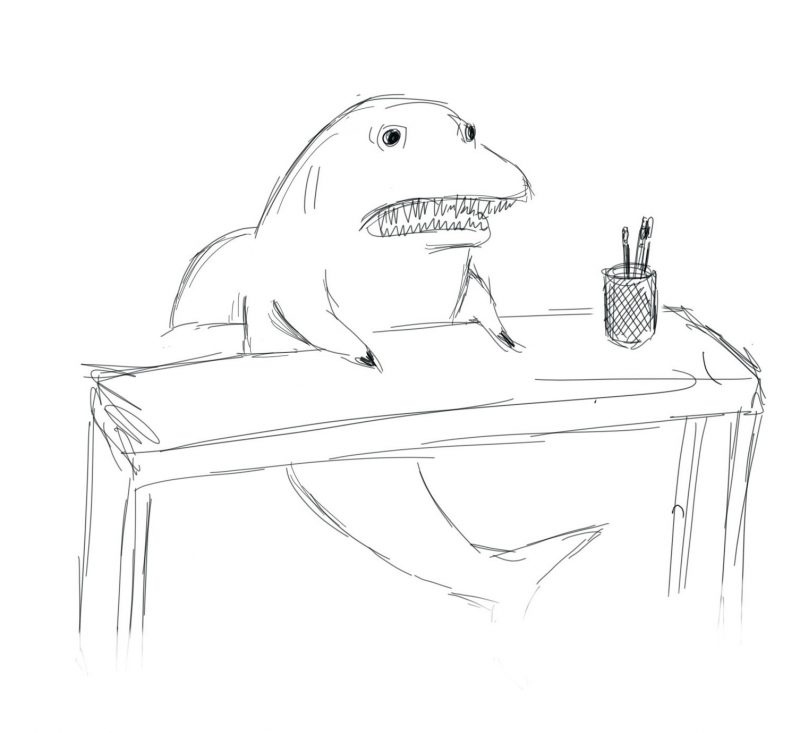 Like the performance review, the exit interview seems a good idea in theory, but it’s really mainly an ignored formality.  People go through the motions.

You’ve already taken a major step toward looking after your own interest.  So don’t stumble on this relatively minor one.

Preserve all relationships that you currently have and maximize your future interests.  This will put you on the pathway to realizing meaningful organizational authority in your career, rather than pretending at it during extremely temporary moments of leverage.

Why not just decline the Exit Interview entirely?

I would view declining the interview as a non-verbal statement of – I don’t have anything good to say so I won’t say it at all. You’d rather have them remember you for good reasons as mentioned by Erik’s statement ‘Provide good feedback and those people will remember the good things said about them. Provide negative feedback and the opposite is true’. Try to find something positive to say so you aren’t losing your opportunity to have them on your side at some point in the future.

This strikes me as essentially a subset of the pragmatist, temporary leverage play. The message there is “I don’t need to do your stupid process anymore, suckers!” It’s true, but it won’t leave a good taste in anyone’s mouth when they think about you.

(Plus, a lot of orgs would just chase you down for a few signatures that they need anyway — there’s some paperwork to be done related to end of benefits and COBRA and the like, at least in the US)

The cartoon that went through my head was this. Your boss says, “so, are you leaving because of that a-hole Jones in accounting that I hate?” You say, “no, actually, I’m leaving because you don’t listen to me or value my feedback.” Boss replies, “yeah, everyone hates Jones. Anyway, it’s been a pleasure working with you.”

Exactly what I did on my last and hopefully final exit interview. I will never put anything on GlassDoor either. There is no upside.

That’s a great point. I’ve never (despite temptation at times) said anything on Glassdoor. Even on sites like Angie’s List when I feel like maybe other people should know about a contractor, I tend to leave a bad review in my back pocket as a possible leverage/negotiating tool.