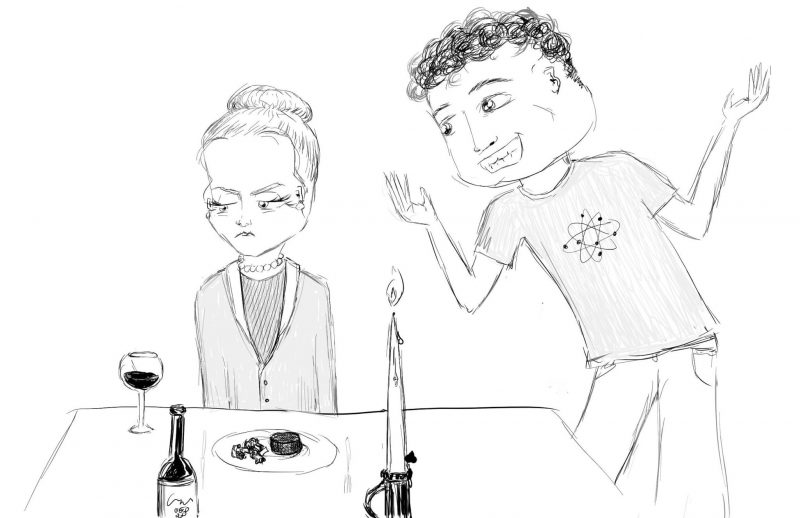 There Are Roles That Go Into Buying Your Services

Let’s say that you set up a lemonade stand outside of your office as a side hustle.  Let’s then assume that people get over how weird that is, and they start buying lemonade from you on hot days.

In this situation, the buyer role is simple.  Your customer, parting with a dollar for refreshing lemonade, is the alpha and the omega.

But, it turns out that buying tens of thousands of dollars worth of app dev labor is a little more complicated than buying a cup of lemonade.  In fact, it’s complicated enough that the transaction involves more than one person, occupying more than one role. Before diving into specifics, I’ll define some general roles for high ticket sale situations.  And just for fun, I’ll weave in the narrative of a lemonade purchase.

As you can see, any purchase might involve various roles beyond just the decision-maker.  But as you go from a dollar lemonade on up to a 7 figure service delivery contract, you can imagine that the complexity of interaction among the roles increases substantially.

With that in mind, let’s look at the specific instance of you trying to sell freelance app dev.  For the example here, I’m going to assume that you’re trying to sell your services as a staff augmentation to a mid-market company with an existing software department.

Let’s say they’ve acquired a small competitor and they want you to come help them migrate the competitor’s codebase to their own.  Competitor was a Rails shop, you’re a Rails developer, and they’re a Java shop with Java developers.

So, that’s the lay of the land as you try to sell app dev by the hour.  Your sales process, as I’ve said in previous posts in the series, basically just looks like a job interview.

Impressing Your Peers as a Marketing Face Plant

Now, it should probably strike you as a smell that your business’s sales process is no different than an employee’s job application process.  But let’s set that aside and focus instead on something else.

Your current plan for marketing is, to put it generously, somewhat inefficient. 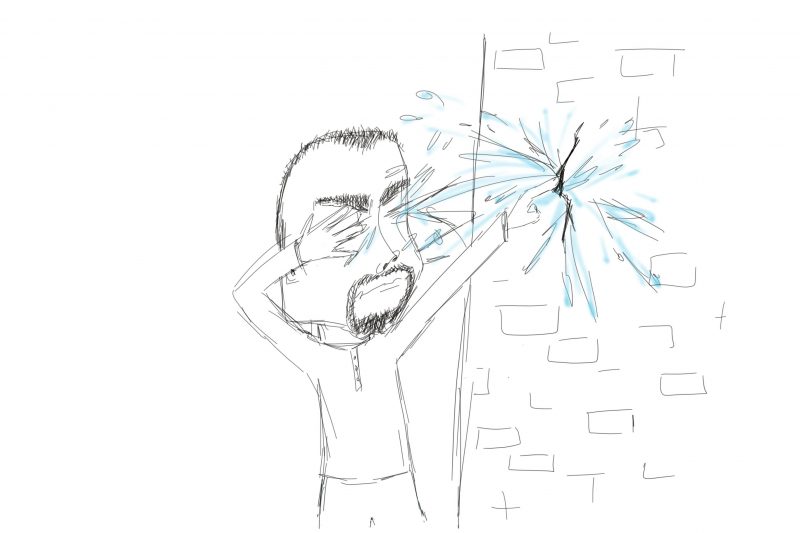 The “Impress Your Peers” Marketing Plan in Detail

To really drill in on that, let’s walk through that plan.  Pay attention to how many times the word “hope” comes up.

If I were to pick a colloquialism to summarize this marketing strategy, I’d pick, “throw a bunch of stuff at the wall and hope something sticks.”

The Non-Ludicrous Marketing Plan in Detail

Let’s take a look at a better marketing strategy.  Now, hang on to your hats because this is going to get complicated.

Still with me?  That was a lot to process, I know.

In all seriousness, that’s really all there is to marketing, at least at a conceptual level.  It’s obviously not trivial to get the attention of dev managers and CIOs and to figure out what might interest them.  You have work to do there. 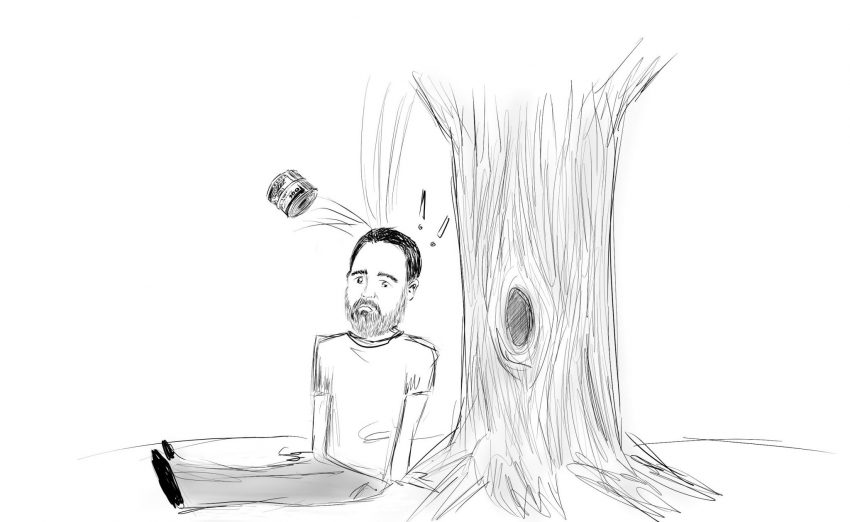 But at the 10K foot view, marketing to your buyers is quite simple.  Doubly so when you compare it to the first, Rube-Goldbergian strategy, that we learn as salaried software engineers, and then limp along with in the freelance world.

Developers Will Rarely Matter in Your Sales

Now, let me drive this point home even further.  In an interview process, the decision-maker definitely weighs the input of architects and developers in their roles as influencers, champions, and blockers.  Companies create that process specifically to give those engineers a voice.

But once you stop acting like a job applicant and start selling directly to buyers and decision-makers, the game changes.

To illustrate, consider my erstwhile codebase assessment and management consulting practice.  IT leadership would call me and ask me to dive deep on their codebases, helping them make hard decisions.  Should we keep going or pull the plug?  Do we have the right staff?

My sales calls involved only the buyers and decision makers, as did all of my service delivery.  And, if you think about it, how else could this possibly have gone?

Do you think I had many developer and architect champions?  “It’s always great when a consultant comes into second guess our work!” 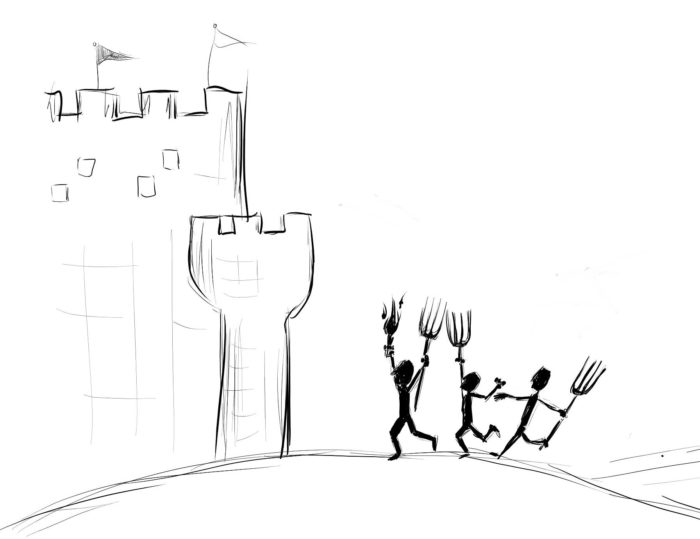 Almost by definition, my sales process for that service involved buyers, decision-makers, bureaucrats and nothing but blockers as far as the eye could see.

And, do you know what?  They brought me in anyway.

I’m telling you this story to illustrate that, as you move away from doing generalist app dev labor, developers stop functioning as meaningful influencers.

One of the most important pieces of advice that I give to aspiring software bloggers is to stop fretting about the CMS, install WordPress or whatever, and just start writing.

Why?  Because fretting about tech stack — diving into the weeds about what you know — is a seductive form of procrastination, in that it’s easy to rationalize.  No, you’re not procrastinating, of course.  You’re just doing your due diligence as a professional. 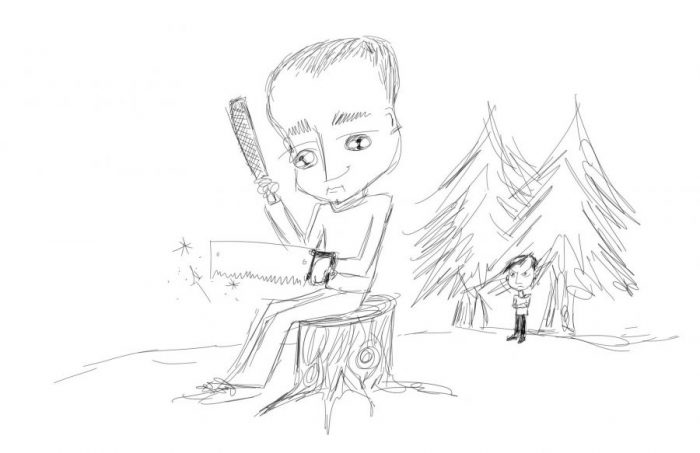 It’s the same thing with marketing your business.  Speaking to your peers is easy.  It’s comfortable and familiar.  And you already have all of those impressive merit badges on coderninjafighters.com or whatever.

Figuring out where executives hang out and what they want and need?  It (understandably, at first) feels like boiling the ocean.  So you avoid it because it’s hard, respond to another conference RFP, and soldier on with hope as your marketing strategy.

It doesn’t matter.  Do it anyway.

And, when it comes to impressing your peers masquerading as marketing?  Stop it.  Imagine yourself as Tyler Durden, saying “it is only after we’ve lost everything that we’re free to do anything.”

Burn it to the ground, burn it all, do it right this minute, and get ready to start your marketing from scratch.

(Some Additional Stuff I’ve Written on this Subject, if you want to read further)