The Hard Switch from Walking to Driving

Category: The Life of a Programmer Tags: Uncategorized

Have you ever listened to someone describe a process that they follow at work and thought “that’s completely insane!”? Maybe part of their build process involves manually editing sixty different files. Maybe their computer crashes every twenty minutes, so they only ever do anything for about fifteen minutes at a time. Or worse, maybe they use Rational Clear Case. A common element in situations where there’s an expression of disbelief when comparing modus operandi is that the person who calmly describes the absurdity is usually in boiled frog kind of situation. Often, they respond with, “yeah, I guess that isn’t normal.”

But just as often, a curious phenomenon ensues from there. The disbelieving, non-boiled person says, “well, you can easily fix that by better build/new computer/anything but Clear Case,” to which the boiled frog replies, “yeah… that’d be nice,” as if the two were fantasizing about winning the lottery and retiring to Costa Rica. In other words, the boiled frog is unable to conceive of a world where things aren’t nuts, except as a remote fantasy.

I believe there is a relatively simple reason for this apparent breaking of the spirit. Specifically, the bad situation causes them to think all alternative situations within practical reach are equally bad. Have you ever noticed the way during economic downturns people predict gloom lasting decades, and during economic boom cycles pundits write about how we’ve moved beyond–nay transcended–bad economic times? It’s the same kind of cognitive bias–assuming that what you’re witnessing must be the norm. 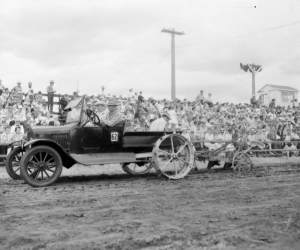 But the phenomenon runs deeper than simply assuming that one’s situation must be normal. It causes the people subject to a bad paradigm to assume that other paradigms share the bad one’s problems. To illustrate, imagine someone with a twelve mile commute to work. Assuming an average walking speed of three miles per hour, imagine that this person spends each day walking four hours to work and four hours home from work. When he explains his daily routine to you and you’ve had a moment to bug out your eyes and stammer for a second, you ask him why on earth he doesn’t drive or take a bus or…or something!

He ruefully replies that he already spends eight hours per day getting to and from work, so he’s not going to add learning how to operate a car or looking up a bus schedule to his already-busy life. Besides, if eight hours of winter walking are cold, just imagine how cold he’ll be if he spends those eight hours sitting still in a car. No, better just to go with what works now.

Absurd as it may seem, I’ve seen rationale like this from other developers, groups, etc. when it comes to tooling and processes. A proposed switch or improvement is rejected because of a fundamental failure to understand the problem being solved. The lesson to take away from this is to step outside of your cognitive biases as frequently as possible by remaining open to the idea of not just tweaks, but game changers. Allow yourself to understand and imagine completely different ways of doing things so that you’re not stuck walking in an age of motorized transport. And if you’re trying to sell a walking commuter on a new technology, remember that it might require a little of bit of extra prodding, nudging, and explaining to break the trance caused by the natural cognitive bias. Whether breaking through your own or someone else’s, it’s worth it.

lol — could definitely be an element of that.