Should I Incorporate? The Knowledge Worker’s Dilemma

Category: You Asked For It Tags: Career, Consulting, Free Agency |

Happy Monday, everybody.  To help prolong your procrastination over morning coffee just a little bit longer, I’ll offer you the latest installment of reader question Monday.  Today, I answer a question that many reading my blog probably have: should I incorporate?

Here’s the actual question, as I recorded it.

What is the cost/benefit of incorporating? Should I just keep paying for domain/hosting through my [credit card], or would it be worth the hassle to move to a real business?

As you can see, I’ve generalized a bit in order to make it more broadly applicable.  But I’ll speak to all salient points through the post.

Just kidding.  At least, I’m kidding about the “post over” part.  I do think that you should incorporate.

“But you don’t know anything about my situation, my job, or my life!” you protest.  And, while that’s true, I’d argue that I don’t need to know anything about it, assuming you’re a knowledge worker.  To make my case, let me now speak explicitly to costs and benefits, as requested. 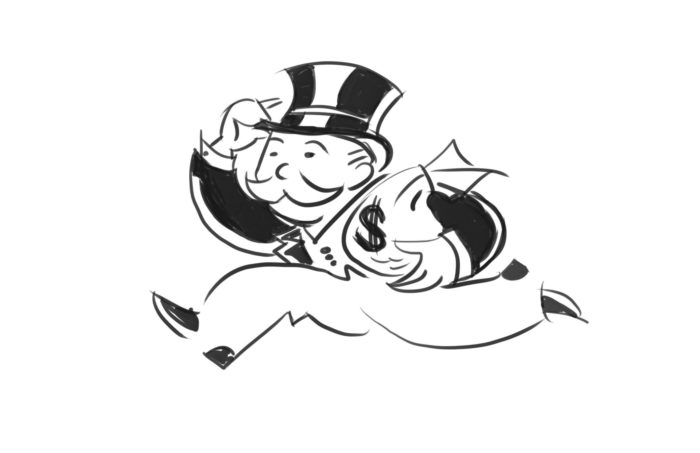 END_OF_DOCUMENT_TOKEN_TO_BE_REPLACED

Category: You Asked For It Tags: Blogging, Career, Free Agency |

It’s reader question Monday again.  Lately, I’ve been talking a lot about entrepreneurial topics or about topics related to Developer Hegemony.  But today, I’ll answer a different flavor of reader question.  This one is about tech blogs.  Or, more specifically, it’s about how owners of tech blogs should price things.

I was recently asked by a well known company to review a product of theirs on my site and they offered to pay me for my efforts.

I actually said I’d do it and then they could pay me what they thought it was worth. I’m not sure that was the best idea as I haven’t heard back from them!

I find researching products and writing about them is the best way to learn and getting paid to do it would be a bonus. As you frequently blog for various sites, how do you price your services out? How do you invoice them? What else do I need to know to get started in this area?

Thanks for your time and your blog posts.

Well, first of all, you’re welcome.  Thank you for reading them!

Given that I’ve done a fair bit of tech blogging over the years, and that I’ve founded a tech blogging business (we’re looking for authors!), I can certainly speak to this.  To do that, let’s do this.  I’ll walk through the progression of money making opportunities that you’ll likely encounter as a tech blogger. 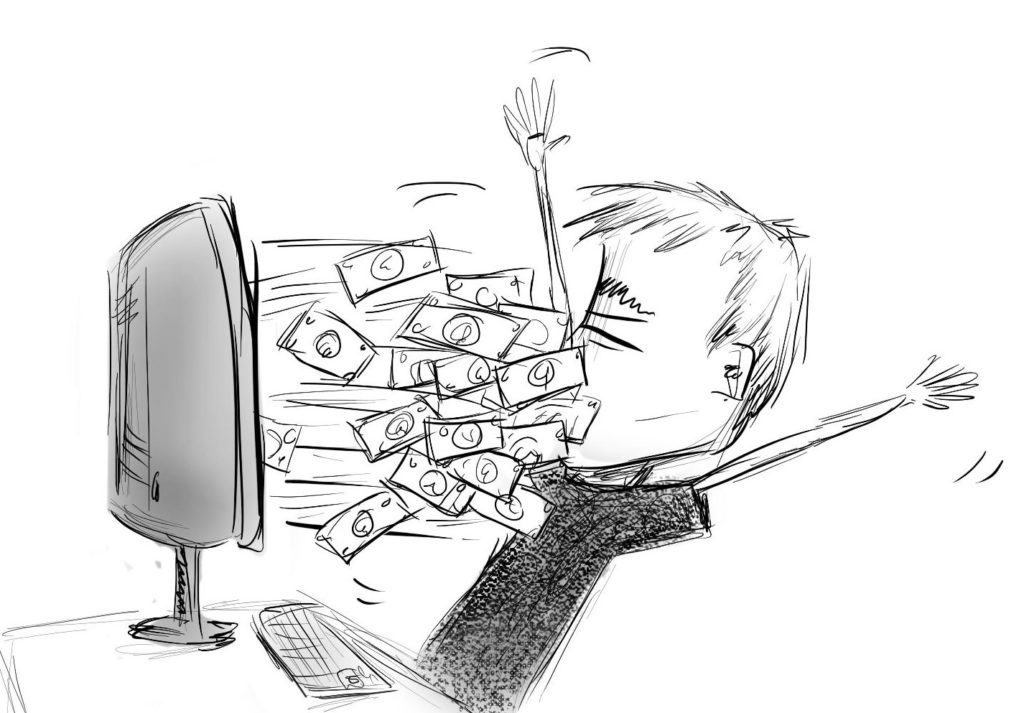 END_OF_DOCUMENT_TOKEN_TO_BE_REPLACED

Starting a Tech Firm in the Era of the Efficiencer

For this week’s reader question, I’m going to cover a subject that I’ve covered before, but not for a while.  People have asked about this in a variety of media.

I love the idea of efficiencer franchises in @daedtech Developer Hedgemony book but are there any out there? Where do I sign up?

Also, a normal reader question, submitted through the site.

I was thinking about a boutique consulting firm. Wondering about your thoughts on that as a viable path forward, and the difficulty around ramping one up. Obviously I also need to find the right niche and was curious if you thought specializing in particular enterprise level software implementations (e.g. SalesForce) was a good idea.

And, frankly, a lot of people ask this in miscellaneous interactions that I have no way of capturing to quote.  So let’s talk about that this week.  Where are these efficiencer firms hiding?  How do we start tech firms that are efficiencer firms?  And so on?

Because this is a neologism of mine, you might rightly find yourself asking “what in the world are you talking about, crazy-person?”  Efficiencer is a firm that I coined in my book, Developer Hegemony.  I’ll offer some excerpts here, rather than re-invent the wheel.

I now owe you a definition of this term “efficiencer.” In short, it’s the name describing the service that we as software developers provide. “Software developer” is descriptive, but it suffers the fate of being entirely too procedural and focused on details. We perpetuate this problem by being, ourselves, far too focused on details. The value proposition that we offer the world, notwithstanding what we write on our resumes, is not “five years of Python, three years of JavaScript, etc., etc., etc.” The value proposition that we offer has deep roots in efficiency.

Wrong. Our value proposition is that we provide expertise in _efficiency_. “I help you have more time and money.” Or, at the risk of sounding a tad overly dramatic, “I help raise the standard of living.” Sounds pompous, but that’s what we do—eliminate jobs of drudgery and create ones of knowledge work. I’d say that time and standard of living as by-products of our work put us on par with those offering services around rights and health. 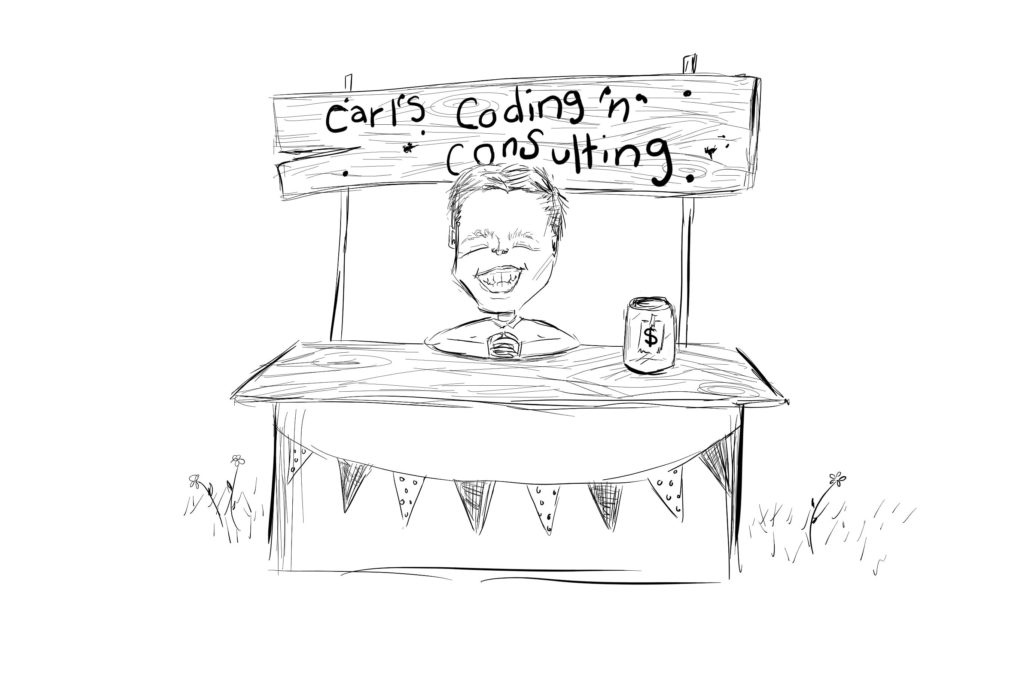 END_OF_DOCUMENT_TOKEN_TO_BE_REPLACED

Growing the Ideas from the Developer Hegemony Book

Happy reader question Friday, everyone.  Today, I’ll field a question about the Developer Hegemony book.  For any newer readers, I wrote this book over the last couple of years and published it to Amazon in early May.  For a briefer synopsis of its purpose and message, you can check out this announcement post.

The question was a lot longer than this (and contained some much appreciated kind words).  But I’ll leave out any personal details and the backstory and leave just the question (paraphrased).

Aside from joining the Facebook group on the “What Now” page and spreading the word via social media, is there anything else I could do to help you get these ideas to more developers?

For some quick housekeeping, here’s the page in question and the Facebook group, too (feel free to join!).  I appreciate the question, and I also understand it.  I mean, of course I literally understand the English language.  But I mean that I understand the necessity of the asking.

The book release coincided with my “retirement” from IT management consulting.  I went home, published a book, and dedicated my time to three simultaneous pursuits: a dev tools content marketing business, a specialized codebase analysis practice, and selling my primary residence in favor of what I think of as “cosmopolitan homelessness” (and moving).  I offer this not as an excuse, but as an explanation.  I’ve been distracted. 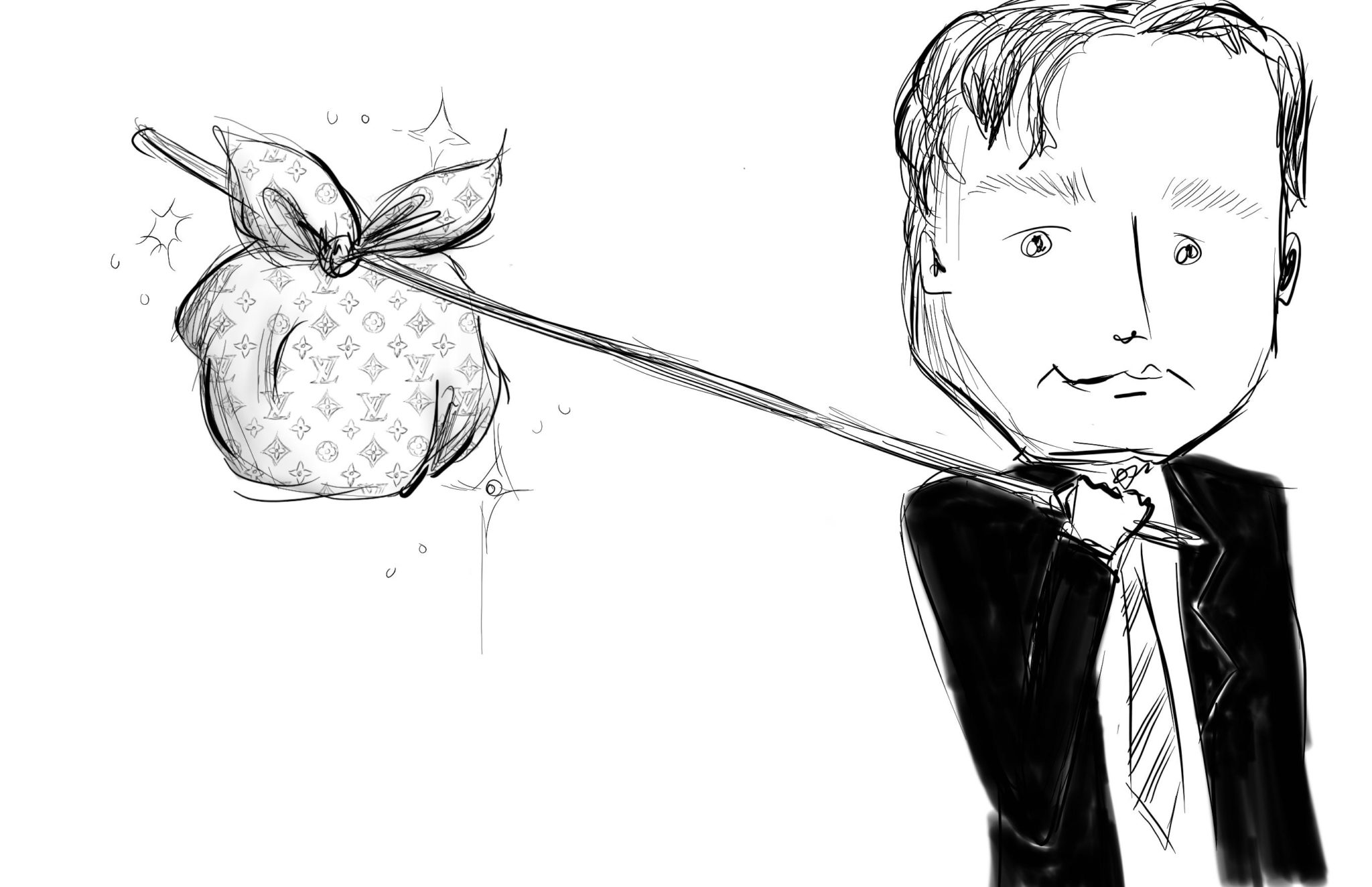 The Developer Hegemony Book’s Promise and the What Now

The upshot of my flurry of activity has included not doing a lot to pursue or facilitate the book’s vision.  I’ve made occasional posts to the Facebook group and I’ve added some content to my Youtube channel about how to get a Tax ID and start a corporation.  But I haven’t exactly kept the pedal to the floor and started a movement in earnest.

So I’ll take on this question and the rest of the post from the perspective of “what would I do to advance the cause if days were 32 hours long and I had more time?”  After all, no one has more interest in advancing the cause than me.

I should also mention that the book contains my thoughts on how individuals and organizations can move toward Developer Hegemony.  I won’t rehash that here, opting instead to address the specifics of how to spread the ideas.

END_OF_DOCUMENT_TOKEN_TO_BE_REPLACED

Thanks, everyone, for sending in your reader questions!  I’m flattered by how many folks have submitted and definitely have a healthy backlog from which to choose.  Today, I’m going to answer one about competing with software consulting companies.

I believe this question came from a post I wrote two weeks ago, about speaking to your buyers, rather than to peers.  We as software developers seem to love to speak to our peers.  We speak at conferences and write blog posts for the love of the game, without realizing that impressing peers is unlikely ever to pay the bills.  So in that post I talked about how to speak instead to buyers through your blog.

Here’s the follow up question.  (He actually provided more context, which I’ve elided)

What motivates buyers to buy? In my experience, the big companies buy from other big companies — ones with infrastructure and support in place. Starting off, lest we share the fate of Ahab, we NEED to chase the smaller fish to cut our teeth in business. So, for the beginner chasing smaller fish, isn’t it more important to compete on price, given small fish don’t have the capital of big firms?

There’s a lot to unpack here, in terms of explanations.  So let me start out by drawing a meaningful distinction.  In that previous post, I talked specifically about freelance software developers.  But here we seem to be talking instead about consulting.  Or, at least, we’re talking about someone with a defined specialty.

Generalist Freelancers Don’t Compete with Firms… or Really Anyone

Why do I infer that we’re talking about someone already specialized?  Well, first of all, that was the whole point of my previous post.  But, beyond that, getting work as a generalist freelance software developer is too generic for the question to make much sense.  You might as well talk about how every maker of bottled drinks in the world could compete for a guy named Steve who’s in a gas station right now and thirsty.  It’s too generic a transaction to bother considering it as appropos of anything beyond the moment.

If you’re a software developer that does web apps using ASP MVC, Javascript, and C#, you’re conceptually competing with hundreds of thousands of people for every gig that you get.  And, worse, you’re competing with all of them via the interview process.  And job interviews basically just amount to picking people randomly and retroactively convincing yourself that there was a method to the madness.  So, as a freelance supplicant to the interview process, you’re kind of just playing game after game of roulette until your number comes up.  Or, you’re one of a hundred soft drinks and iced teas, hoping that Steve feels like something grape flavored and carbonated. 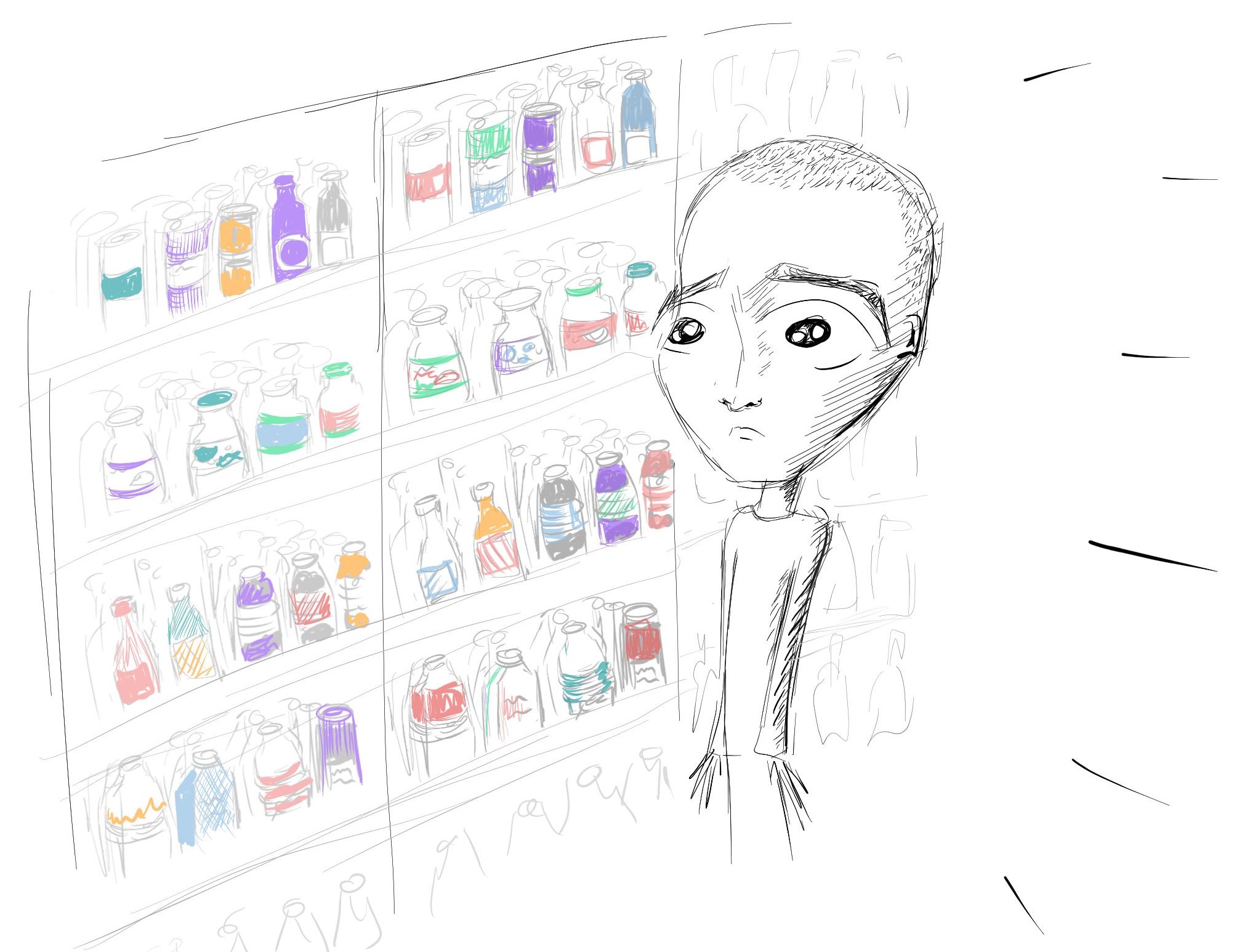 To put a more emphatic point on it, think of it this way.  As a generalist freelance software developer, you needn’t bother thinking about your competition.  Your competition is too nebulous, and low leverage opportunities too plentiful to bother.  Just play a numbers game.  Throw your resume at contract matchmakers and recruiters, and line up regular interviews for yourself.  That gets enough people into the gas station that one of them feels like grape soda.