Category: You Asked For It Tags: Blogging, Writing | 10 Comments

One of the serious difficulties about the life of a traveling consultant is avoiding weight gain. While this might sound like such a first world problem as to be 0.5 world problem, it’s actually a serious struggle. Living in a hotel, every meal is a restaurant meal, and restaurants tend not to optimize for low caloric intake. Recently, though, I’ve turned the tide and started to make a pretty successful foray into enemy territory; I’ve lost about 8 pounds over the last few weeks.

As someone who already exercises regularly and is conscious of my caloric intake, I pulled a different sort of lever to make this happen. I eliminated decisions about eating them by making them ahead of time. To wit, I set a rule for myself that until I became about 15 pounds lighter, I would not eat any desserts, drink any alcohol or eat any snacks. This is surprisingly easy to do compared to making decisions like that every time I was out with friends or felt hungry or was offered a cannoli or something. Standing in front of the pantry, it’s a lot easier to say simply, “oh, I don’t have snacks anymore” than “well, I’ll have a few handfuls of popcorn to tide myself over, and one cookie is probably okay…” The former is 0 decisions while the latter is endless decisions in the form of “should I eat this or that?” and “should I stop eating this now?” Life gets easier when you pre-make decisions.

END_OF_DOCUMENT_TOKEN_TO_BE_REPLACED

Getting Started as a Blogger: A Contract with Your Readers

Category: You Asked For It Tags: Blogging, Writing | 15 Comments

This post has been a draft without words for a long time, evoking images of a jar of pickles that’s been in the fridge for 15 months.  Someone says to me something like “man, I really want to start blogging but __________” and I say, “Don’t let that stop you — tell you what, I’ll write some tips and tricks.”  The first time this happened was me buying the pickles and putting them in the fridge.  Each subsequent time, I stick my head in and say, “yep, still have pickles and I’m totally going to eat them one of these nights.”  Well, today is pickle-eating day.

This post is aimed at someone who either has no blog or someone whose blog consists of a few posts described by the metaphor in the last paragraph.  You have a blog or don’t, but you’re interested, rather than having a blog, in being a blogger.  This is an important, but subtle distinction since it flips the matter from achievement to identity — you can move a “make a blog” or “make a post” card into another column in Trello, but not so much with “be a blogger.”

Also, caveat emptor.  What I’m telling you here essentially amounts to, “here’s what I’ve learned through some reading and collaborating and a whole lot of trial and error.”  I have a pretty decent reader base and sometimes I even get paid to write (and, recently, to help others get better at writing), but I am not Lifehacker or some kind of blogging empire.  I’m a guy that’s been treating the world to two or three rants per week for a number of years. 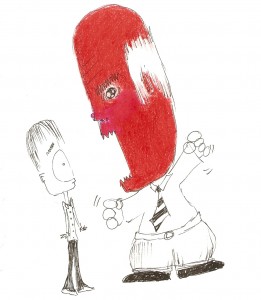 END_OF_DOCUMENT_TOKEN_TO_BE_REPLACED

Honesty and the Workaday Blogger’s Connundrum

Category: You Asked For It Tags: Blogging | 2 Comments

Last night I got an email asking for some perspective on something, and it’s prompting me to go “meta” and write a post about being a techie blogger. The question basically boiled down to “how do I make a cathartic blog post about Expert Beginner coworkers without getting myself in hot water at work?” If you’re a blogger with a 9-5 and coworkers, this is a pretty valid concern. After all, your coworkers will certainly provide you with the most material about which to write, simply by virtue of the fact that so much of your relevant experience will involve them directly. Add to that the fact that blogging (really, writing in general) can be a nice outlet for saying things that are politically untenable in situ, and this is something that matters to bloggers.

So, here are my thoughts on the subject.

Is This Thing On?

First up is asking yourself the sometimes awkward question, “is anyone even reading this?” In the first year or so that I was blogging, I’m pretty sure almost no one was reading except for spam bots and search engine spiders. If none of your coworkers are likely to read your blog in the near future, it’s a moot point and you can probably write whatever you want.

Now, you may think to yourself, “sure, but what about later if it becomes more popular with them or in general?” That’s a possibility (and in terms of readership a good problem to have), but it’s actually kind of unrealistic to think that people/coworkers are going to peruse everything in your archives in encyclopedic fashion. Most likely they’ll think, “look at that, Erik has a blog — I’ll go read half of a post.” If the title isn’t somehow indicative of the conflict/subject-matter, it’s not likely to attract notice. Additionally, Expert Beginner types tend not to spend a lot of time reading blogs and concerning themselves with the opinions of others, so they’re even less likely than the average person to go browsing through your opinions.

Of course, there is always a risk when you take the “whatever, no one will notice” attitude.

Surely That’s Not Me

This won’t apply if you’re relating an anecdote, but if you’re describing personality traits, never underestimate someone’s ability to gloss over their own shortcomings. For instance, let’s say you write a post describing someone as:

It’s not very likely that someone will read that and think, “oh, that must be me.”  A lot of people have a blindspot for not only their weaknesses but for how they are perceived by others.  This is often doubly true of the kind of tone-deaf people that go around upsetting those around them — self-perception and external perception are often wildly out of touch.

Like the previous section, this is no guarantee that people won’t know who you’re talking about.  If you supply an anecdote making it clear who the parties involved are or if your antipathy toward that person is commonly known, they might recognize themselves being described.  But they honestly, really might not.

I have myself submitted entries to The Daily WTF, so I can speak to the anonymyzing that takes place when you do so. They change details about your story while leaving intact in terms of meaning. So maybe the language is Java instead of C++ where applicable. Maybe a telecom client becomes an aerospace client. Maybe a female coworker becomes a male. When they’re done, you recognize your story but take comfort knowing that nobody else would. At best, they’d think, “that’s weird, I remember something similar but in different circumstances.”

You can do that with your blog too. Take a current story and superimpose it over the people and techs at your previous job. Be nebulous about dates when something happened recently — “some time back, I…” Make the “Project Manager” a “Business Analyst” or describe a “Software Engineer” as a “Senior Software Engineer.” You can also insert some vivid details that are false flags but not important to the meaning of the story.

The line you walk when doing this is the line of sacrificing an element of how genuine you are. Personally, when I’ve obfuscated to protect the people involved (or myself), I’ve done so more with intentional vagueness of timelines and places than anything else. As far as strategies for not suffering blowback go, this is a pretty effective one. Even if the person/people in question suspect, you have complete plausible deniability. But you do sacrifice an element of honesty.

Whatever, I Do What I Want!

Short, sweet, simple. Print it and make no attempt to hide it. Go forward with the mantra that people doing stupid things ought to be called out for their behavior. The blowback for this may be intense, but so too, I’d imagine, is the catharsis. And hey, perhaps it’s the fire you need to light under yourself to move things along a bit toward a better option if you’re really unhappy. 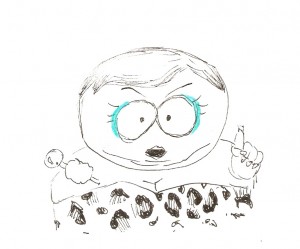 Type it Up, Leave it in Drafts

Finally, here’s an option for you. You can type up the most scathing, biting post imaginable, omitting no details. View it as a preview and read and re-read it, relishing in the dressing down that you’re issuing. And then… leave it in your drafts folder for a rainy day. Maybe that day comes when you put in your notice. Maybe it comes a month later. Maybe a year later. Or, maybe you read it after a lot of elapsed time and wonder what you were so upset about.

Time smooths over a lot of wrinkles, and time may be your best ally for for sorting out, in retrospect, whether you were having a bad week or whether you really have something important to say about workplace dynamics and technical discussions. And, it almost goes without saying that this is the option with the least potential fallout for you.

Of course, if all else fails, you can always go to the preposterously elaborate length of starting a twitter account that tweets all of the dumb things to which you’ve been subjected over the years in 140 character increments. But you’d probably have to be pretty demented to do something like that.