Switch statements are often (and rightfully, in my opinion) considered to be a code smell. A code smell, if you’ll recall, is a superficial characteristic of code that is often indicative of deeper problems. It’s similar in concept to the term “red flag” for interpersonal relationships. A code smell is like someone you’ve just met asking you to help them move and then getting really angry when you don’t agree to do it. This behavior is not necessarily indicative of deep-seated psychological problems, but it frequently is.

Clearly a better design from an OOP perspective would be an Animal base class/interface and an Attack() method on that, overridable by children/implementers. This design has the advantage of requiring less code, scaling better, and conforming to the Open/Closed principle–if you want to add some other animal later, you just add a new class to the code base and probably tweak a factory method somewhere and you’re done.

This method isn’t really that bad, though, compared to how bad it could be. The design is decidedly procedural, but its consequences aren’t far reaching. From an execution perspective, the switch statement is hidden as an implementation detail. If you were to isolate the console (or wrap and inject it), you could unit test this method pretty easily. It’s ugly and it’s a smell, but it’s sort of like seeing an ant crawling in your house–a little icky and potentially indicative of an infestation, but sometimes life deals you lemons.

But what about this:

Taking the code at face value, this method figures out what the animal’s attack is and returns it, but it does so by invoking a different module for each potential case. As a client of this code, your path of execution can dive into any of five different libraries (and more if this ‘pattern’ is followed for future animals). The fanout here is out of control. Imagine trying to unit test 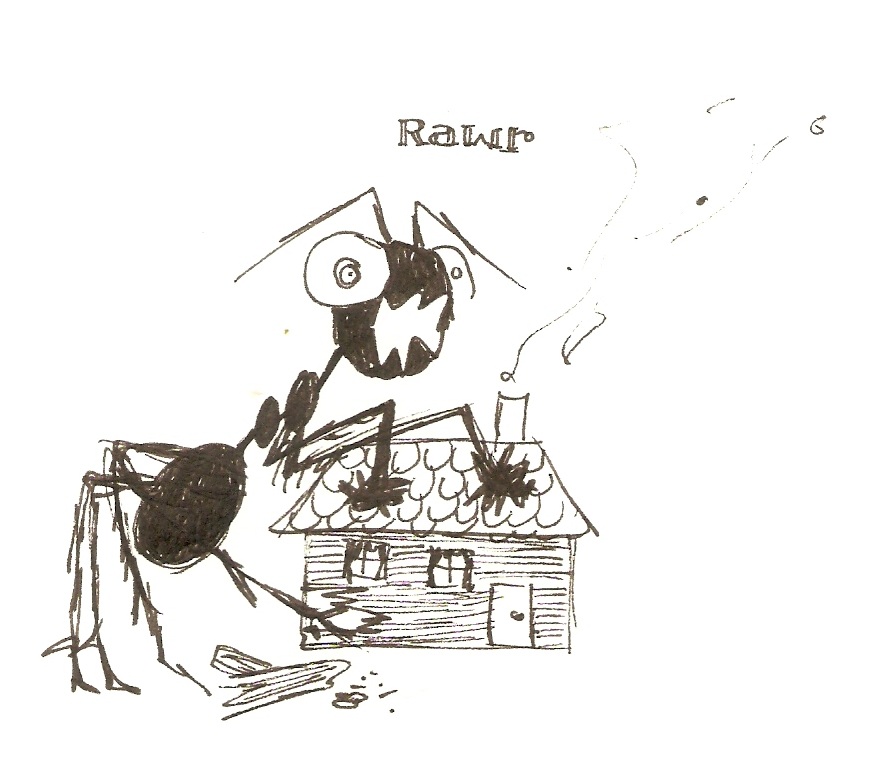 this method or isolate it somehow. Imagine if you need to change something about the logic here. The violence to the code base is profound–you’d be changing execution flow at the module level.

If the first switch state was like an ant in your code house, this one is like an ant with telephone poles for legs, carving a swath of destruction. As with that happening in your house, the best short-term strategy is scrambling to avoid this code and the best long-term strategy is to move to a new application that isn’t a disaster zone.

Please be careful with switch statements that you use. Think of them as ants crawling through your code–ants whose legs can be tiny ant legs or giant tree trunk legs. If they have giant tree trunk legs, then you’d better make sure they’re the entirety of your application–that the “ant” is the brains ala an Ioc container–because those massive swinging legs will level anything that isn’t part of the ant. If they swing tiny legs, then the damage only occurs when they come in droves and infest the application. But either way, it’s helpful to think of switch statements as ants (or millipedes, depending on the number of cases) because this forces you to think of their execution paths as tendrils fanning out through your application and creating couplings and dependencies.