A few months back, I wrote a post about changes to my site and work.  Today, I have another announcement in that same vein:  I’ve recently partnered with NDepend to help start and create content for their blog.  If you go there now, you can see the maiden post which announces the release of the newest version of NDepend (not written by me, personally, if you were wondering, though some of mine will follow).

In the broadest terms, NDepend is a static analysis tool.  More specifically and colloquially, you might think of NDepend as Jiminy Cricket, if Pinocchio were a software developer or architect.  It’s extremely helpful for visualizing the dependencies and properties of your code base (e.g. complexity, coupling, etc), which will give you a leg up on your fellow developers right out of the gate.  It’s also incredibly informative, furnishing you not only with detailed, quantitative metrics about your code, but also indicating where you’re deviating from what is broadly considered to be good programming technique.  And, of course, you can do a great deal of customization, from integrating this feedback into your build to tracking code quality over time to building and defining your own complex, custom rules.

To put it more succinctly, in a world where developers are trying to distinguish themselves in terms of knowledge and chops, NDepend will give you such a huge advantage that it’s probably unfair to everyone that doesn’t have it.  I personally learned a ton about software architecture just from installing, using, and exploring this tool over the course of 5 years or so.  If you want to learn more about NDepend and static analysis in general, check out my Pluralsight course about it that I published in conjunction with the last major version. (If you don’t have a Pluralsight subscription but want to check it out, sign up for my mailing list using the form at the right). 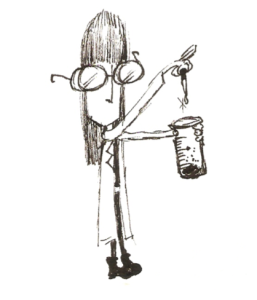 Is the New Version Worth Getting?

You can read the release notes in detail on the NDepend site, and you can read the blog post I linked to see everything covered.  Here, I’ll just give you the highlights of my experience with the new release.

So, is it worth upgrading to the newest version?  Most definitely.  I think the build integration alone would make it worthwhile, but with all of these other features and goodies, there’s plenty to be excited about.  And, further, you’re going to want to be on the latest bits with NDepend if you’re going to be on the latest bits with Visual Studio.  If you go for it soon, you’ll get a discount, too — 20% off for the next week or so.

As I’m doing with Infragistics (and some other orgs to be announced later), I’ll cross post here a bit after the fact when I’ve made posts over there.  But, if you want to keep up and read posts from more than just me about the subject, I encourage you to add the new NDepend blog to your feed readers.

As for my contributions, I’m planing to start a series of posts about creating new, composite code metrics that cross the chasm into business value a bit more than some of the ones we currently have in the industry.  It’s beneficial for us as developers and architects to be able to assess code bases in terms of cyclomatic complexity and type cohesion, but when you cite these to a manager in defense of paying down technical debt, you get a blank stare.  Wouldn’t it be nice to see comprehension instead?

Toward this end, I propose we work toward something, say for example’s sake, like “time to understand for methods.”  Imagine if you could look at that manager and say, “the average time to understand a method in this code base is 10 minutes rather than 1 minute, which means that you’re paying 10 times what you should be in developer salary for troubleshooting and debugging.”  With that in your pocket, your business case for cleaning up the code and paying down tech debt practically makes itself.

What I envision doing is starting with a dead simple (and wrong) strawman, running trials, seeing where it’s wrong, adjusting the metric hypothesis, and repeating over and over.  So, with “time to understand,” for example, it might be that we start with the initial hypothesis of “5 seconds per line of code,” see when that breaks down, refine the hypothesis, and try again.  Along the way, we’ll be discovering how to use a lot of cool NDepend features, how to customize NDepend, and perhaps some interesting properties of what makes code readable to different people.  Even if this proves too ambitious a mountain to scale, the worst case scenario is that we learn in detail how to use a really cool, powerful tool.

I plan to do this regardless, but it’ll go a lot better if there are people to follow along and volunteer for participation.  So go grab your copy of NDepend and let’s get started.  We may just have a bit of fun and talk about readable code, or, who knows, we might just figure out how to make some valuable composite metrics!

I am excited you are working with NDepend. It is an incredible tool that any developer that cares about their code should be using. I am very interested in your attempt to make management understand tech debt. I’ve been trying for years. 😉

It’ll be an interesting challenge to be sure. I’ll need all the help I can get 🙂

Congratulations! NDepend is a great tool and I definitely look forward to the posts you have planned.

Thanks! Whatever happens, I think, at the very least it’ll be fun and a nice walk through the tool. If it brings some clarity to explaining technical tradeoffs to external stakeholders, all the better.

I made the move to do more javascript a couple of years ago in my career. It’s an exciting world with lots of movement, but the tooling is… lacking. Watching the TDD series and some other code casts, makes me jealous of the tooling. With JS it’s hard to even find an editing experience that can reliably extract methods or rename variables. And it’s become very clear that a higher than zero bar of entry to cleaning code means code stays dirty. Sorry for going off on a rant, congratulations on having great tools 😉 Tooling is becoming more and… Read more »

No worries about the rant, and, for what it’s worth, that kind of smells like opportunity to me. If someone could take those slices of rich IDE goodness and bring them to the world of lightweight editors, there’s probably some money, or at least notoriety, to be made. Makes me wish I earned more of my keep writing code these days than I do. =/

I think you’re absolutely right about opportunity. And to be fair there are lots of smart people working on this. Thanks for the write up.

How the hell did I not see that you had an NDepend Course on Pluralsight! Scratch the movie tonight!

Awesome! Thanks for watching and I hope you get value out of it.

Good piece ! I Appreciate the points . Does someone know if my business might locate a template VA 10-10HS form to type on ?