Introduction to Static Analysis (A Teaser for NDepend)

Rather than the traditional lecture approach of providing an official definition and then discussing the subject in more detail, I’m going to show you what static analysis is and then define it. Take a look at the following code and think for a second about what you see. What’s going to happen when we run this code?

I bet you saw this coming. In a program that does nothing but set x to 1, and then throw an exception if x is 1, it isn’t hard to figure out that the result of running it will be an unhandled exception. What you just did there was static analysis.

Static analysis comes in many shapes and sizes. When you simply inspect your code and reason about what it will do, you are performing static analysis. When you submit your code to a peer to have her review, she does the same thing. Like you and your peer, compilers perform static analysis, though automated analysis instead of manual. They check the code for syntax errors or linking errors that would guarantee failures, and they will also provide warnings about potential problems such as unreachable code or assignment instead of evaluation. Products also exist that will check your source code for certain characteristics and stylistic guideline conformance rather than worrying about what happens at runtime and, in managed languages, products exist that will analyze your compiled IL or byte code and check for certain characteristics. The common thread here is that all of these examples of static analysis involve analyzing your code without actually executing it.

People’s interactions with their code tend to gravitate away from analysis. Whether it’s unit tests and TDD, integration tests, or simply running the application to see what happens, programmers tend to run experiments with their code and then to see what happens. This is known as a feedback loop, and programmers use the feedback to guide what they’re going to do next. While obviously some thought is given to what impact changes to the code will have, the natural tendency is to adopt an “I’ll believe it when I see it” mentality.

We tend to ask “what happened?” and we tend to orient our code in such ways as to give ourselves answers to that question. In this code sample, if we want to know what happened, we execute the program and see what prints. This is the opposite of static analysis in that nobody is trying to reason about what will happen ahead of time, but rather the goal is to do it, see what the outcome is, and then react as needed to continue.

Reactionary inspection comes in a variety of forms, such as debugging, examining log files, observing the behavior of a GUI, etc.

The conclusions and decisions that arise from the reactionary inspection question of “what happened” are known as dynamic analysis. Dynamic analysis is, more formally, inspection of the behavior of a running system. This means that it is an analysis of characteristics of the program that include things like how much memory it consumes, how reliably it runs, how much data it pulls from the database, and generally whether it correctly satisfies the requirements are not. 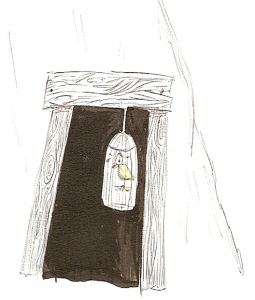 As I alluded to in the “static analysis in broad terms” section, not all static analysis is created equal. There are types of static analysis that rely on simple inspection of the source code. These include the manual source code analysis techniques such as reasoning about your own code or doing code review activities. They also include tools such as StyleCop that simply parse the source code and make simple assertions about it to provide feedback. For instance, it might read a code file containing the word “class” and see that the next word after it is not capitalized and return a warning that class names should be capitalized.

This stands in contrast to what I’ll call compile time analysis. The difference is that this form of analysis requires an encyclopedic understanding of how the compiler behaves or else the ability to analyze the compiled product. This set of options obviously includes the compiler which will fail on show stopper problems and generate helpful warning information as well. It also includes enhanced rules engines that understand the rules of the compiler and can use this to infer a larger set of warnings and potential problems than those that come out of the box with the compiler. Beyond that is a set of IDE plugins that perform asynchronous compilation and offer realtime feedback about possible problems. Examples of this in the .NET world include Resharper and CodeRush. And finally, there are analysis tools that look at the compiled assembly outputs and give feedback based on them. NDepend is an example of this, though it includes other approaches mentioned here as well.

The Types of Static Analysis

There are many tools out there that provide functionality for one or more of these, but NDepend provides perhaps the most comprehensive support across the board for different static analysis goals of any .NET tool out there. You will thus get to see in-depth examples of many of these, particularly the fact finding and issue alerting types of analysis.

A Quick Overview of Some Example Metrics

Up to this point, I’ve talked a lot in generalities, so let’s look at some actual examples of things that you might learn from static analysis about your code base. The actual questions you could ask and answer are pretty much endless, so this is intended just to give you a sample of what you can know.

Believe it or not, it is quite possible to answer all of these questions without compiling or manually inspecting your code in time consuming fashion. There are plenty of tools out there that can offer answers to some questions like this that you might have, but in my experience, none can answer as many, in as much depth, and with as much customizability as NDepend.

So all that being said, is this worth doing? Why should you watch the subsequent modules if you aren’t convinced that this is something that’s even worth learning. It’s a valid concern, but I assure you that it is most definitely worth doing.

There are a couple of criticisms of static analysis. The main ones are that the tools can be expensive and that they can create a lot of “noise” or “false positives.” The former is a problem for obvious reasons and the latter can have the effect of counteracting the time savings by forcing developers to weed through non-issues in order to find real ones. However, good static analysis tools mitigate the false positives in various ways, an important one being to allow the shutting off of warnings and the customization of what information you receive. NDepend turns out to mitigate both: it is highly customizable and not very expensive.

The contents of this post were mostly taken from a Pluralsight course I did on static analysis with NDepend. Here is a link to that course. If you’re not a Pluralsight subscriber but are interested in taking a look at the course or at the library in general, send me an email to erik at daedtech and I can give you a 7 day trial subscription.