Delegating is Not Just for Managers

Category: The Life of a Programmer Tags: Metaphors for Software, Miscellaneous

I have a personality quirk that probably explains whatever success I’ve enjoyed as well as my frequent tiredness. I am a relentless DIY-er and inveterate tinkerer. In my life I’ve figured out and become serviceable at things ranging from home improvement to cooking to technology. This relentless quest toward complete understanding back to first principles has given me a lot of knowledge, practice, and drive; staying up late re-assembling a garbage disposal when others might have called a handyman is the sort of behavior that’s helped me advance myself and my career. On a long timeline, I’ll figure the problem out, whatever it is, out of a stubborn refusal to be defeated and/or a desire to know and understand more. 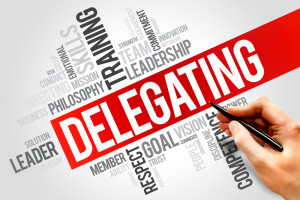 And so, throughout my career, I’ve labored on things long after I should have gone to bed. I’ve gotten 3 hours of sleep because I refused to go to bed before hacking some Linux driver to work with a wireless networking USB dongle that I had. I’ve stayed up late doing passion projects, tracking down bugs, and everything in between. And wheels, oh, how I’ve re-invented them. It’s not so much that I suffered from “Not Invented Here” syndrome, but that I wanted the practice, satisfaction, and knowledge that accompanied doing it myself. I did these things for the same reason that I learned to cook or fix things around the house: I could pay someone else, but why do that when I’m sure I could figure it out myself?

I originally wrote this post for Infragistics.  Please visit their blog to read the rest.