Born to Exclude: Beware of Monoculture

Category: The Life of a Programmer Tags: Metaphors for Software, Soft Skills

Understanding the Idea of Monoculture

One morning last week, I was catching up on backlogged podcasts in my Doggcatcher feed on the way to work and was listening to an episode of Hanselminutes where Scott Hanselman interviewed a front end web developer named Garann Means. The subject of the talk was what they described as “developer monoculture,” and they talked about the potentially off-putting effect on would-be developers of asking them to fill a sort of predefined, canned “geek role.”

In other words, it seems as though there has come to be a standard set of “developer things” that developers are expected to embrace: Star Trek, a love of bacon (apparently), etc. Developers can identify one another in this fashion and share some common ground, in a “talk about the weather around the water cooler” kind of way. But this policy seems to go beyond simply inferring a common set of interests and into the realm of considering those interests table stakes for a seat at the geek table. In other words, developers like fantasy/sci-fi, bacon, that Big Bang Theory show (I tried to watch this once or twice and found it insufferable), etc. If you’re a real developer, you’ll like those things too. This is the concept of monoculture.

The podcast had weightier issues to discuss that the simple “you can be a developer without liking Star Trek,” though. It discussed how the expected conformance to some kind of developer archetype might deter people who didn’t share those interests from joining the developer community. People might even suppress interests that are wildly disparate from what’s normally accepted among developers. Also mentioned was that smaller developer communities such as Ruby or .NET trend even more toward their own more specific monoculture. I enjoyed this discussion in sort of an abstract way. Group dynamics and motivation is at least passingly interesting to me, and I do seem to be expected to do or like some weird things simply because I write software for a living. 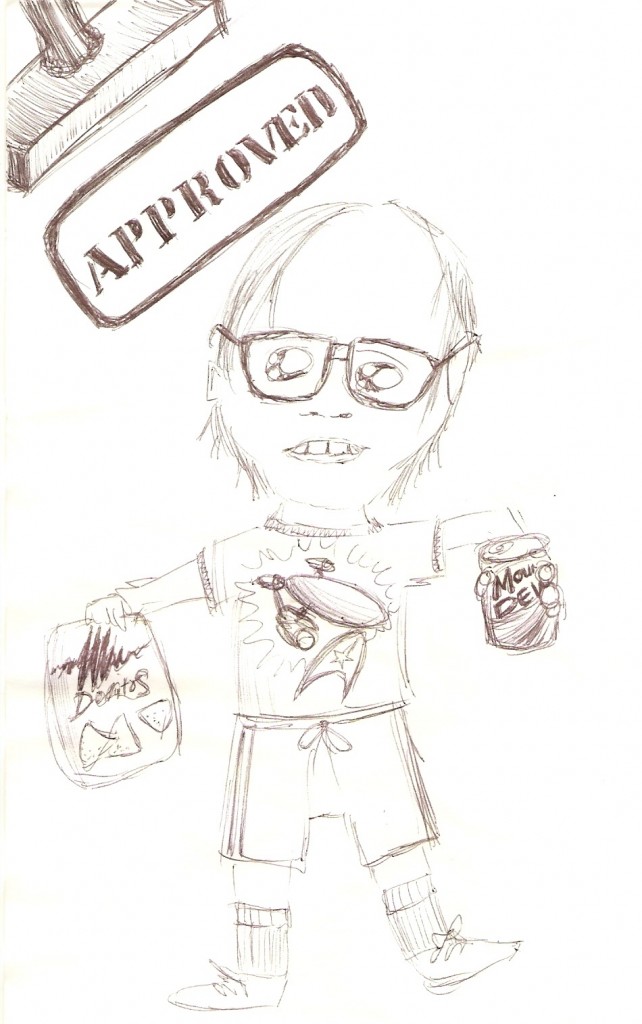 At one point in the discussion, however, my ears perked up as they started to discuss what one might consider, perhaps, a darker side of monoculture–that it can be deliberately instead of accidentally exclusionary. That is, perhaps there’s a point where you go from liking and including people because you both like Star Trek to disliking and excluding people because they don’t. And that, in turn, leads to a velvet rope situation: not only are outsiders excluded, but even those with similar interest are initially excluded until they prove their mettle–hazing, if you will. Garann pointed out this dynamic, and I thought it was insightful (though not specific to developers).

From there, they talked about this velvet-roping existing as a result of people within the inner sanctum feeling that they had some kind of ‘birthright’ to be there, and this is where I departed in what had just been general, passive agreement with the points being made in the podcast. To me, this characterization was inverted–clubhouse sitters don’t exclude and haze people because they of a tribal notion that they were born into an “us” and the outsiders are “them.” They do it out of insecurity, to inflate the value of their own experiences and choices in life.

A Brush with Weird Monoculture and what it Taught Me

When I first met my girlfriend, she was a bartender. As we started dating, I would go to the bar where she worked and sit to have a beer, watch whatever Chicago sports team was playing at the time, and keep her company when it was slow. After a while, I noticed that there was a crowd of bar flies that I’d see regularly. Since we were occupying the same space, I made a few half-hearted efforts to be social and friendly with them and was rebuffed (almost to my relief). The problem was, I quickly learned, that I hadn’t logged enough hours or beers or something to be in the inner circle. I don’t think that this is because these guys felt they had a birthright to something. I think it’s because they wanted all of the beers they’d slammed in that bar over the course of decades to count toward something besides cirrhosis. If they excluded newbies, youngsters, and non-serious drinkers, it proved that the things they’d done to be included were worth doing.

So why would Star-Trek-loving geeks exclude people that don’t know about Star Trek? Well, because they can, with safety in numbers. Also because it makes the things that they enjoy and for which they had likely been razzed in their younger days an asset to them when all was said and done. Scott talked about being good at programming as synonymous with revenge–discovering a superpower ala Spiderman and realizing that the tables had turned. I think it’s more a matter of finding a group that places a radically different value on the same old things that you’ve always liked doing and enjoying that fact. It used to be that your skills and interests were worthless while those of other people had value, but suddenly you have enough compatriots to reposition the velvet rope more favorably and to demonstrate that there was some meaning behind it all. Those games of Dungeons and Dragons all through high school may have been the reason you didn’t date until twenty, but they’re also the reason that you made millions at that startup you founded with a few like-minded people. That’s not a matter of birthright. It’s a matter of desperately assigning meaning to the story of your life.

Perhaps I’ve humanized mindless monoculture a bit here. I hope so, because it’s essentially human. We’re tribal and exclusionary creatures, left to our baser natures, and we’re trying to overcome that cerebrally. But while it may be a sympathetic position, it isn’t a favorable or helpful one. We can do better. I think that there are two basic kinds of monoculture: inclusive, weather-conversation-like inanity monoculture (“hey, everyone loves bacon, right?!?”) and toxic, exclusionary self-promotion. In the case of the former, people are just awkwardly trying to be friendly. I’d consider this relatively harmless, except for the fact that it may inadvertently make people uncomfortable here and there.

The latter kind of monoculture dovetails heavily into the kind of attitudes I’ve talked about in my Expert Beginner series of posts, where worth is entirely identity-based and artificial. I suppose I perked up so much at this podcast because the idea of putting your energy into justifying why you’ve done enough, rather than doing more, is fundamental to the yet-unpublished conclusion of that series of posts. If you find yourself excluding, deriding, hazing, or demanding dues-paying of the new guy, ask yourself why. I mean really, critically ask yourself. I bet it has everything to do with you (“I went through it too,” and, “it wouldn’t be fair for someone just to walk in and be on par with me”) and nothing to do with him. Be careful of this, as it’s the calling card of small-minded mediocrity.