The other day, I learned a new term, and it was great. I enjoyed this so much because it was a term for a concept I was familiar with but for I had never had a word. I haven’t been this satisfied with a new word since “taking pleasure in seeing bad things happen to your enemies” was replaced with “schadenfreude.” I was listening to an episode of the Herding Code podcast from this past summer, and Nik Molnar described something called “bike shedding.”

This colloquialism is derived from an argument made by a man named C. Northcote Parkinson and later called “Parkinson’s Law of Triviality” that more debate within organizations surrounds trivial issues than extremely important ones.

Here’s a quick recap of his argument. He discusses a fictional committee with three items on its agenda: approving an atomic reactor, approving a bike shed, and approving a year’s supply of refreshments for committee meetings. The reactor is approved with almost no discussion since it is so staggeringly complicated and expensive than no one can really wrap their heads around it. A lot more arguing will be done about the bike shed, since committee members are substantially more likely to understand the particulars of construction, the cost of materials, etc. The most arguing, however, will be reserved for the subject of which drinks to have a the next meeting, since everyone understands and has an opinion about that.

This is human nature as I’ve experienced it, almost without exception. I can’t tell you how many preposterous meeting discussions have shaved precious hours off of my life while people argue about the most ridiculous things. One of the most common that comes to mind is people who are about to drive somewhere 20 minutes away spending 5-10 minutes arguing about which streets to take en route.

In the life of a programmer, this phenomenon often has special and specific significance. On the Wikipedia page I linked, I also noticed a reference to a fun Jeff Atwood post about awesome programming terms that had been coined by respondents to an old Stack Overflow question. Take a look at number five, a “duck”:

A feature added for no other reason than to draw management attention and be removed, thus avoiding unnecessary changes in other aspects of the product.

I don’t know if I actually invented this term or not, but I am certainly not the originator of the story that spawned it.

This started as a piece of Interplay corporate lore. It was well known that producers (a game industry position, roughly equivalent to PMs) had to make a change to everything that was done. The assumption was that subconsciously they felt that if they didn’t, they weren’t adding value.

The artist working on the queen animations for Battle Chess was aware of this tendency, and came up with an innovative solution. He did the animations for the queen the way that he felt would be best, with one addition: he gave the queen a pet duck. He animated this duck through all of the queen’s animations, had it flapping around the corners. He also took great care to make sure that it never overlapped the “actual” animation.

Eventually, it came time for the producer to review the animation set for the queen. The producer sat down and watched all of the animations. When they were done, he turned to the artist and said, “that looks great. Just one thing – get rid of the duck.”

When I saw this, I actually guffawed at my desk. I didn’t do that just because I found this funny — I have actually employed this strategy in the past, and I see that I am not alone in my rank cynicism in a world of Parkinson’s Law of Triviality. It definitely seems that project management types, particularly ones that were never technical (or at least never any good at it), feel a great need to seize upon something that they can understand and offer an opinion on that thing in the form of an edict in order basically to assert some kind of dominance.

So, early in my career, when proposing technical plans I developed a habit of dropping a few red herring mistakes into the mix to make sure that obligatory posturing was dispensed with and any remaining criticisms were legitimate — I’d purposely do something like throw in a “we’re not going to be doing any documentation because of a lack of time” to which I would receive the admonition, “documentation is important, so add it in.” “Okie-dokie. Moving on.” 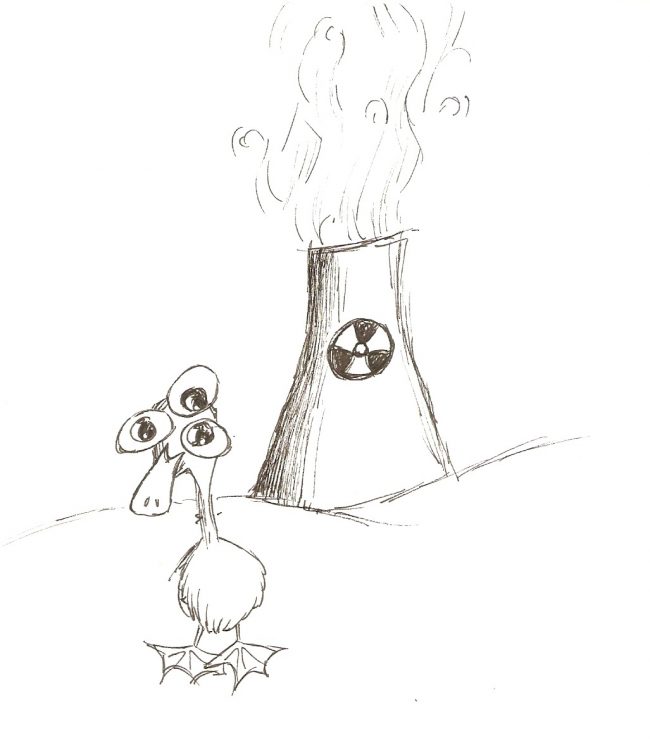 Bike Shedding in the Developer World

It isn’t just pointy-haired fire-hydrant peeing that exposes us to this phenomenon, however. We, as developers, are some of the worst offenders. The Wikipedia article also offers up something called “Wadler’s Law,” which appears to be corollary to Parkinson’s in that it talks about developers being more likely to argue over language syntax than semantics.

In other words, you’ll get furious arguments over whether to use underscores between words in function names, but often hear crickets when you ask if the function is part of a consistent broader abstraction. My experience aligns with this as well. I can think of so, so many depressing code reviews that were all about “that method doesn’t have a doc comment” or “why are you using var” or “alphabetize your includes.” I’d offer up things like “let’s look at how cohesive the types are in this namespace,” and, again, crickets.

The great thing about opinions is that they’re an endlessly renewable, free resource. You can have as many as you like about anything you like, and no one can tell you not to (at least in societies that aren’t barbarically oppressive).

But what isn’t endless is people’s interest in your opinions. If you’re the person that’s offering one up intensely and about every subject as the conversation drifts from code to personal finances to football to craft beers, you’re devaluing your own currency. As you discuss and debate, be mindful of the stakes at play and be sparing when it comes to how many times you sit at the penny slots. After all, you don’t want to be the one remembered for furiously debating camel case and coffee flavors while rubber stamping the plans for Chernobyl.

Hm, I assumed pretty much everyone who knows “yak shaving” knows “bikeshedding”. Maybe that’s false and I’ve been lucky (?) to be exposed to enough bikeshedding to have learned the name long ago. Also, here’s bikeshedding in a tweetshell.

That tweet captures in perfectly. I’ve been in so many code reviews that followed that exact pattern.

I first came across the concept of a ‘duck’ under the name ‘neck-bolt’ (ie. a pointless, out-of-place, and obviously tacked-on element in a website design) coined by David Siegel in ‘Secrets of Successful Websites’. Siegel cautioned that no matter how hideous and out-of-place the design element, there was always a chance the client would fall in love with it and resist its later removal. I have had that happen to me a couple of times. Of course, these days we can try falling back on A/B user testing: “The version without the flaming and spinning ‘buy now’ graphic converts 11.5%… Read more »

That’s a good point. A gambit wherein you introduce some false flag change to be corrected out can backfire with the change being applauded, to your horror.