The Cost of Being Right

I stopped in the gas station today to pick up a few sodas and iced teas.  It was a time-poor man’s grocery run here in Lousiana, where it was in the 80s today.  This expedition left me with a plastic bag full of sweating drinks, a soggy receipt, and a lesson about the cost of being right.

First off, let me just say that I was and am right.  About what you ask?  About the fate of my receipt.

The receipt wound up in the bag with the sweating sodas, where it became sodden.  This wouldn’t have happened if the clerk had done the right thing and handed me the receipt, or even the slightly less wrong thing and asked me whether I wanted the receipt in the bag or not.  Instead, she did the wrong thing, and stuffed it into the bag where it became waterlogged.  “Receipt’s in the bag!” she informed me cheerfully.  Ugh.

Here’s the problem.  I take all of my credit card receipts, fold them, and put them in my wallet.  When I get home, I record the credit card transaction in Quicken so that when I download actual transactions from the financial institution in question, I can compare and make sure there are no spurious charges.  This scheme requires a dry, legible receipt.

Now, I know what you’re thinking — this is a matter of personal preference.  I prefer being handed my receipt whereas you prefer to have it in the bag.  That’s an understandable sentiment, but I assure you that it’s wrong.  I have empirical thinking on my side.  If the clerk hands me the receipt and I want it in the bag, it takes me less than a second to stuff it in there.  If the clerk stuffs it in the bag and I want it in my hand, I have to hold up the line while I go rooting around in the bag, looking for it, only to find it plastered between two Diet Mountain Dews.  So, as you can now see, I’m right. 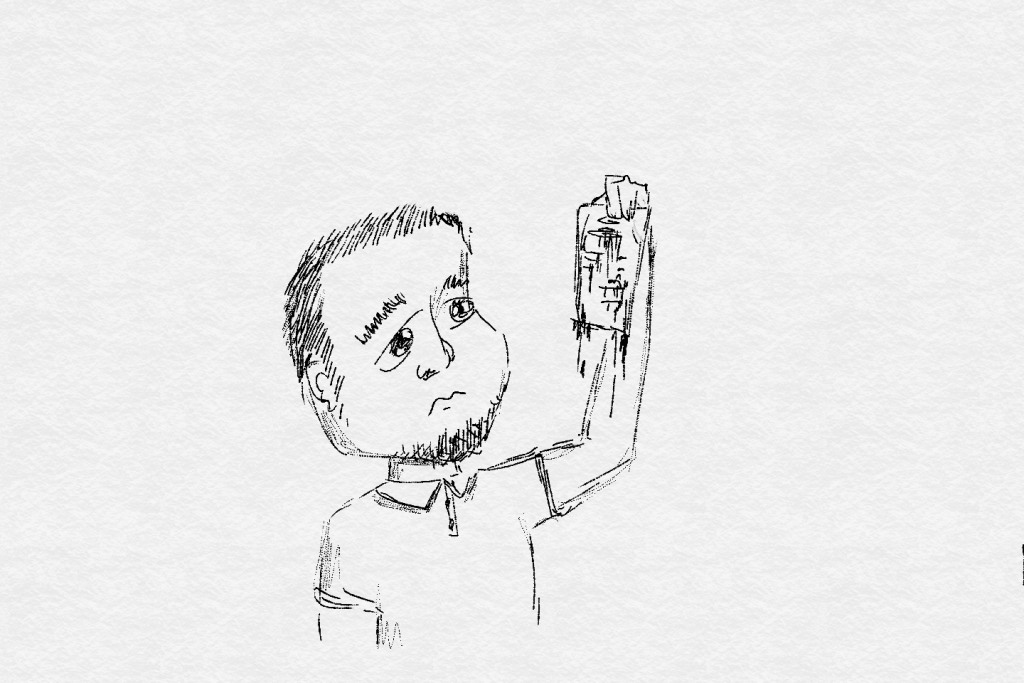 By the way, I’m willing to keep up this line of argument until you get exhausted and concede that I’m right.

You might, then, think that I explained the error of her ways to the clerk.  Or not, if you know me well at all.  I didn’t.  I thanked her, smiled, and left the store.  Once home, I extracted my soggy receipt, did my best to make out the figures on it, and entered them into quicken.

You see, it’s not that I’m any less convinced receipt-handing is optimal (though I could be persuaded).  It’s just that being right about this isn’t important.  It’s not important enough to me to think any further on (after adding a note to use this as a blog post intro), and it’s certainly not important enough for me to comment on to the clerk or anyone else in my life.

Before I get to why it’s not important to me, I’d like to take a detour into the subject of cognitive dissonance.  I’ve been listening to an audio book lately called “Mistakes Were Made (But Not By Me),” and cognitive dissonance is right at the heart of matters.

As the book explains, most people who understand the concept think of it simply as the state of holding two contradictory beliefs, with the general sense that doing so is awkward.  But the actual idea of cognitive dissonance theory is that the dissonance is such a source of distress that people will go to elaborate lengths to resolve it.

Built upon this is the general theme that humans do the opposite of what we may think we do when it comes to decision making.  We like to believe that we have reasoned opinions and make decisions based on those opinions.  The reality is that we make decisions in the spur of the moment and then we form opinions to justify the decisions we’ve already made.

To understand this, consider a programmer that has never before faced the dilemma of whether or not to add a carriage return between a method declaration and the opening {.  The programmer will basically just pick one arbitrarily in the moment and then spend a lifetime convincing himself of the utter wisdom and sagacity of doing it the way he chose.  What’s more is that each subsequent curly brace represents another decision made and continues the cycle of justification.  And, should he ever switch sides for some reason, he will become a fervent convert to the new way of doing things, and argue furiously against people who continue to do it the way he used to.

The reason?  Cognitive dissonance.  We imagine ourselves to be intelligent, rational humans.  Picking a place for the { without any particular reason is at odds with this image, so we have dissonance that we then resolve by convincing ourselves that we made the choice wisely.  If someone worth of respect later questions this, we’re faced with dissonance once again as a respected person disagrees with us.  We become indignant.

Should we, at some point, change our minds, we have some serious cognitive dissonance with which to contend.  We’re smart, but smart people don’t do the wrong thing for years.  So it must either be that we’re only wrong in the face of new information or it must be that we were hoodwinked all that time by some nefarious plot.  In either case, we pull off the 180 switch and then argue with extreme vigor for our new position, taking our erstwhile allies on the matter to task with a fury.  Don’t believe me?  Ask yourself if you’ve ever seen anyone rail harder about the evils of smoking, drinking, or gambling than folks who have just stopped smoking, drinking, or gambling. 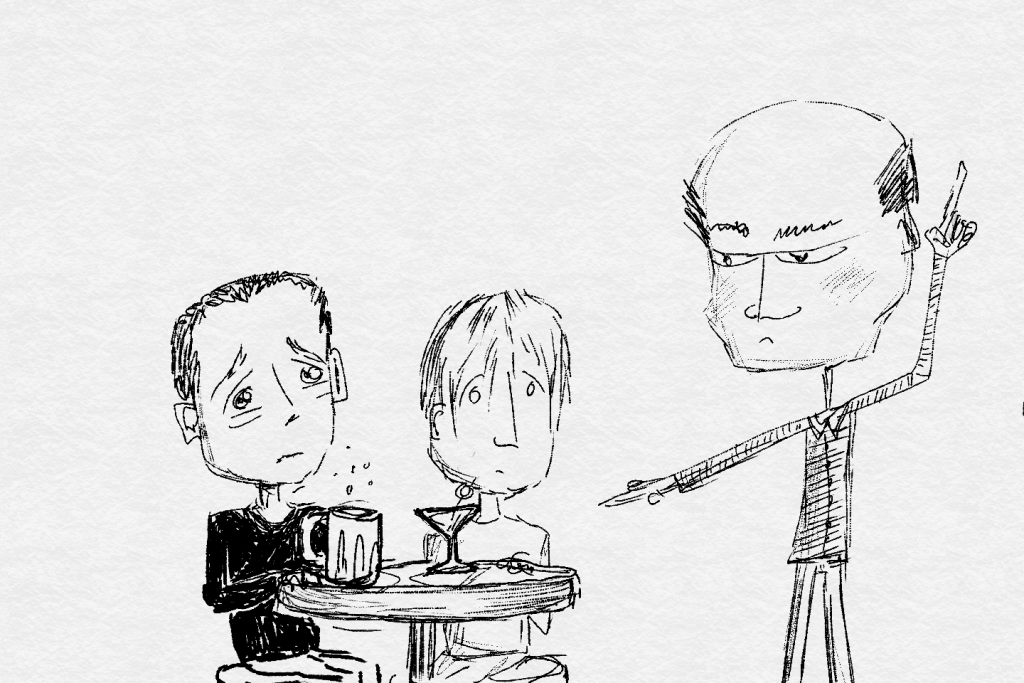 If you’re right about something in a situation where someone else is wrong, you’re an agent of dissonance for that person.  For instance, if you travel to a software shop that has an old pile of spaghetti code with a lot of bugs in it, and you advise them that unit testing would help them with their situation, you’re introducing dissonance.  After all, they’ve opted not to unit test all along, so the suggestion that this would have helped is dissonant with their self-concept as diligent, intelligent problem-solvers.  Coming in and telling them this may be right, but it won’t be popular, even if they do listen and come around.

This doesn’t apply if there’s no implied wrongness.  For instance, if you came into the situation and introduced a tool that just came out yesterday, your help doesn’t implicitly require them to have been wrong.  No dissonance introduced.  It also doesn’t apply in the general case of something that hadn’t previously been possible.  If, for instance, a recently departed expert beginner had forbade unit testing, then there is a dissonance-saving narrative to be had (which tends to explain why “blame the guy that just left” is so popular).

But, in the absence of any such narrative, dissonance arises, and so too does resentment.  To return at long last to my opening story, it is because of my intuitive grasp of this dissonance that I don’t go around pointing out what other people are doing wrong.  I don’t do it because (1) I understand that my concept of the ‘rightness’ of my receipt argument is the result of self-justification of my processes and (2) I understand that implying or stating the clerk is ‘wrong’ will induce dissonance in her, which will piss her off.  There is a cost to being right, even if I ‘win’ the argument to the point where she changes her approach that day or even in the future in general.

Now imagine this across all of your interactions.  Are you the sort of person that gets really indignant if people do small things differently than you?  Are they wrong about how they use a Slack feature or about how they arrange their Visual Studio windows?  Do you watch them use the mouse and feel the need to point out that they’re wrong because they could do the same thing with two lightning-quick keyboard shortcuts?  When you see all this wrongness, do you assume that they would want to know?  Do you just have to speak out?

If so, here’s some food for thought.  There’s a kind of currency at play here, and each time you correct someone, you spend a bit of it.  The currency is semi-renewable with time, but you can exhaust it.  If you’re constantly inducing dissonance in others by pointing out that they’re doing everything wrong, you’re spending at a deficit.  The cost of you being right to you is that, whether you pick up on it or not, people don’t like you.

Being right can be important.  If it’s not about shortcuts, IDE usage and personal process, it might be bigger things, such as important architectural decisions, critical bugs, or long-ranging strategic calls.  In these cases, it’s worth spending your capital and worth risking some temporary ire for the good of the common effort.  But if it’s about little things that don’t matter, it’s not worth the outlay.

So remember, there’s a cost to being right even as you enjoy the relief of having your own dissonance relieved for the time being.  You’ll encounter far worse dissonance later when you have to resolve your self-image of “wise dude that offers helpful pointers” with a reality where people avoid you.  Don’t do this.  Instead, adopt a savings strategy of storing up your corrections for when they count.  After all, you can’t afford to be right all the time.

Everyone is right, from their point of view.

Erik, you’re just wrong. The receipt should go into the bag. Always. Especially when they need to also hand you your change. OMG.

I now just need this to go viral and touch off the greatest religious war since “tabs vs spaces.”