The SOLID Principles in Real Life

Editorial note: I originally wrote this post for the Infragistics blog.  You can check out the original post here, at their site.  There’s a lot of good content over there in general, so go check it out.

If you’re not familiar and don’t have time to read the linked Wikipedia page, SOLID is a mnemonic acronym for five principles of object oriented programming or, as I hinted, really just programming in general (except, perhaps for the Liskov Substitution Principle).  These concepts have been around since at least the early 2000s and have truly stood the test of time.

What you get by following them is code that’s a lot more likely to be maintainable.  These design guidelines, properly followed, will tend to steer you toward writing clean code.

What I’d like to do is offer real life analogs of the principles.  I’d imagine that this may make them easier to remember, but I think it can also serve to drive the points home in the first place and help encourage the “aha” moment if you haven’t yet had them.  And, even if you have, it never hurts to have a visual to help reinforce the concept or to explain it someone else — even someone non-technical, potentially.

S is for Single Responsibility Principle

By way of counter-example, consider a class that opens a connection to the database, pulls out some table data, and writes the data to a file.  This class has multiple reasons to change: adoption of a new database, modified file output format, deciding to use an ORM, etc.  In terms of the SRP, we’d say that this class is doing too much.

In your day to day life, picture those “duck” vehicles you see occasionally in some lakeside towns.  They’re street legal and water-capable, so a duck tour affords you the unique and surreal experience of being in a ‘car’ that gets to the edge of the water and just keeps going.  Fun, right? 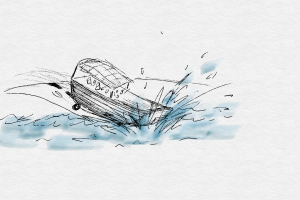 And yet, you don’t see a whole lot of them.  There are millions of families out there that own both cars and boats, and there are very few families that buy these ducks.  Do you know why?  It’s most likely because no one wants to be unable to drive to work because their boat rudder is broken.  Ducks are fun, but they’re also a great example of the pitfalls that the SRP can help you avoid.

END_OF_DOCUMENT_TOKEN_TO_BE_REPLACED

I’ve had this partially completed post in my drafts folder for a while, and, thanks to a sort of half-hearted New Years resolution to either finish or discard really old drafts, I’m going to finish this one. I changed the title and re-did the focus a bit, since this one was a year and a half old, and the code in question here is hazier and hazier in my mind. But it’s a tale of Singletons, needless coupling, poor cohesion, and woe.

I’ve been interviewing some candidates of late and one of the things I typically ask about is familiarity with the SOLID principles. An encouraging amount of people say things like, “oh sure, classes should have only one purpose” or “oh, yeah, we use IoC containers!” It seems as though S, O, and D get the most love, while L and I (Liskov Substitution Principle and Interface Segregation Principle, respectively) are rarely mentioned. Today, I’ll talk about I with an example that may hit home with you.

I worked on a project once with a fairly unique ‘architecture.’ It was a GUI-heavy desktop application with a reasonably straightforward set of domain objects that were read from persistence and stored in memory. This was accomplished using what really kind of amounted to an old school, C-style memory map of structs. There was a root object, and everything was hierarchically possessed by this root object. So, let’s say that you were modeling a parking lot full of cars — you’d navigate to the car parts via calls like Root.Cars[12].Engine.Battery or Root.Cars[5].Body.Exterior.Paint. And naturally, Root was implemented as a Singleton so that you could access this memory map from anywhere at any time to read or write. Yep. That was a long project.

This Singleton probably started out modestly enough, but by the time I had worked on the project, its sizable gravitational pull had roped smaller satellites, code-moons and free-falling bits of flotsam into it, creating a runaway juggernaut of anti-pattern. This thing was, if memory serves, pushing 10K lines of code and perhaps even spreading out into some partial classes. I think by the time I moved onto another project, it was showing the first signs of having an event horizon. 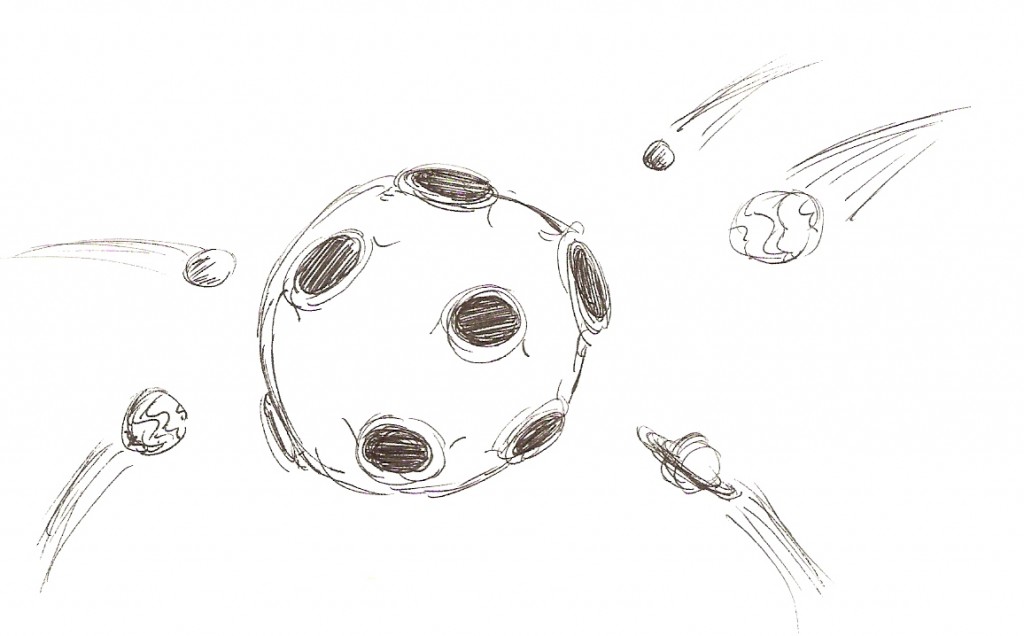 There were several different skins on this desktop app, and for some reason, each of them had their own mini-versions of this Singleton (a much more modest 1K to 2K LOC, each), I guess to contain the skin-specific sprawl that would have created a circular reference situation with the behemoth itself. It was one of these mini-versions that inspired this post, along with a story a friend of mine told me after I’d left the project.

A few of us had, while working in this code base, endeavored to extract at least tiny pockets of code from the massive gravitational field of the Singletons so that we could write some unit tests and avoid the bug whack-a-mole game that ensued whenever you changed something in the global state. I was probably the most successful in fighting this battle and, my friend, having less success after I’d left, complained to me one day over lunch. He said that he’d had a perfectly testable class, but in a code review someone in a position of relative authority had pointed out that something he was doing was already done in one of the satellite Singletons and he should use that code. His request to hide the Singleton behind a wrapper or even an interface implementation was denied. A large portion of his class became thoroughly untestable because naturally, the first call to his stuff triggered the first lazy call to the satellite, which triggered the first lazy call to the black hole Singleton, which fired up every threading model, logger, aspect, and bit of file I/O in the history of creation, crushing the test runner like an insignificant gnat.

And this, to me, is perhaps the best argument for the Interface Segregation Principle that I’ve ever heard. As a quick recap, the ISP says that “clients should not be forced to depend upon interfaces that they don’t use.” In my friend’s case, depending on the utility method that he was being forced to use, in turn, made him depend on an entire, 1K+ LOC Singleton being initialized and, indirectly, a whole host of other application functionality. This was about the most egregious violation that I’d ever encountered.

What’s the alternative? Well, years later, it’s hard to list specifics, but how about pulling that utility out somewhere? If it relied on no global state, this is a no-brainer — just put it into its own class somewhere. Static, instance — it doesn’t matter — just not in that Singleton. If it relied on global state, then create a small interface with one method, have the satellite Singleton implement it, and hand that interface to the class in question. In either case, my friend’s class depends on a single method for that functionality and not the entire application domain and the code responsible for loading it (as well as loggers and other ancillary nonsense).

The Interface Segregation Principle asks you to keep your dependencies to a minimum. This will help you unit test, but it will also help your sanity at maintenance time. After all, would you rather debug a class that you knew depended on an external method or two, or one whose behavior could be explained by any one of tens of thousands of lines of code? These things will matter to you or whoever maintains the application. A lot. So think of this example and think of the ISP as you’re writing your code.