How to Politely Say No and When To Do It

Another Monday and another successful Reader Question Monday.  Usually I go with kind of a FIFO model for reader questions, but I bumped one that I’d just logged because it seems interesting.  It concerns how to politely say no and how to know when to say no with clients and prospects.  I’ve excerpted some of the question here.

I have a problem I have run into and it has to do with when to say “no” to work.

I have the chance to work on a project where my gut says I should not, not only is the project at least two months, it is at a rate that is too low for 1099. There are also many issues with current infrastructure and architecture which the owner wants to bypass. I guess my point is how do I turn down the work gracefully. In the past I have taken on this type of project and worked 12 hour days for 9 months to get it done, obviously, I don’t want to do that again.

I guess my point is, it is really hard to say “no” but it would be easier if there was a way to vet possible work with others [who] are knowledgeable about architecture so perhaps a way to audit upcoming work to see if taking on the work makes sense. How do you weigh the pros and cons? How do you get second opinions that are good, not random? 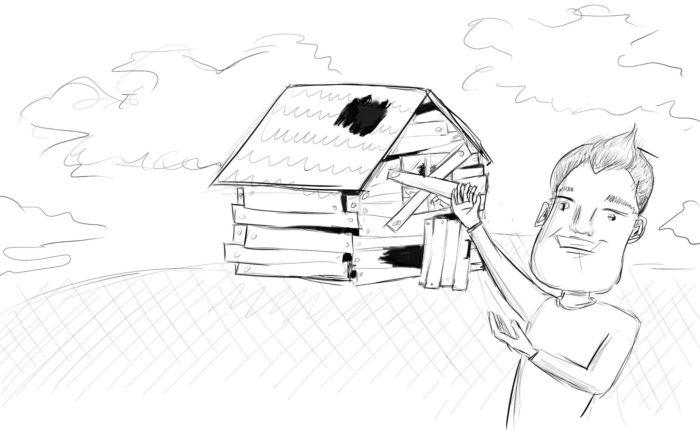 Extracting Themes Around No

This is a common situation for an independent.  But it could just easily apply to anyone reading in the midst of a job search.  Or even in even less dramatic fashion — maybe your boss pitches you working with a different group for a time.

How to Politely Say No

I should note that I did dedicate a chapter entitled “The Art of No” to this subject in Developer Hegemony.   That was more about how aspiring opportunists should steer themselves away from politically perilous situations, but some of the techniques certainly apply.

You never really want to just say a blunt “no” outright to a client prospect.  Even if you think working with them makes for a terrible fit or they’ve rubbed you wrong during discovery, you’re running a business.  You want a reputation for playing nice and being professional.  Here are some general ways to demur on a prospective gig.