Let’s Put Some Dignity Back into Job Seeking

I’ve seen a lot of resumes of late, so I can’t be sure where I saw this, exactly. I suppose it doesn’t really matter. This one resume really stood out to me, though, because it was perhaps the most self-aware talisman of the ceaseless employment quest that I’d ever seen. Specifically, one part of it was the self-aware part, and that came right at the end, under the simple heading “technologies.”

If you opened the PDF file of the resume, scanned down past heading info, work experience, and education, there was this bolded heading of “technologies,” followed immediately by a colon and then a comma-delimited list of stuff. It had programming languages, frameworks, design patterns, concepts, and acronyms. Oh, there were acronyms as far as the eye could see, I tell ya – the streets were paved with ‘em. (Well, they filled out the rest of the page, anyway).

It practically screamed, “this seems stupid, but someone told me to do this, so here-ya-go.” I’ve seen this before (and even done a version of it myself), but it was always organized somehow into categories or something to make it seem like manicured, useful information. This resume abandoned even that thin pretense.

Obviously, I didn’t look through this section in any great detail. I think neither I nor the resume’s owner would have considered it important to evaluate why he’d hastily typed “UML” in between some of those other things. It didn’t matter to either of us what was in that section, and, truth be told, I’d be surprised if he even knew everything that was in there.

I contemplated this idly for a bit, and then it occurred to me how similar this felt to the obligatory job description where a company lists 25 technologies under “requirements” and then another 15 under “nice to have.” UML is probably nice for everyone to have. Both job seeker and company probably list it and neither one probably knows it, making all parties better off even with a bit of mutual fibbing.

Applicants list things they don’t know because companies claim needs that they don’t have, and, in the end, the only one who profits from this artificially large surface area is the recruitment industry as a whole. The more turnover and churn, the more placements and paydays. The way the whole thing works is actually pretty reminiscent of a low quality dating website. Everyone on it lists every one of their virtues in excruciating detail, omits every one of their weaknesses, and exudes ludicrous pickiness in what they seek. Matches are only made when lies are told, and disappointment is inevitable. When people inevitably get tired of failure and settle for a mate, it’s random rather than directed. 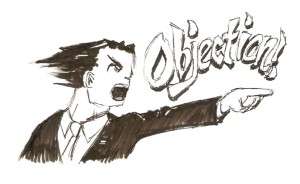 Gah.  How depressing.  Let’s not do that anymore.  Let’s look for mutual fit instead of blind prospect maximizing on both sides.  We don’t want hundreds of potential employers or candidates.  We want a single one that’s well suited.

Overcoming Nostalgia to Say Goodbye to the Resume

I’ve stopped updating my resume. It’s just not something I’m going to do anymore. It’s admittedly easy for me to say this, since I’ve decided not to play the wage employee game anymore. Anyone trying to tempt me back into that arena will necessarily be looking specifically at me and won’t need a resume to know what I’ve done. But even if that weren’t the case and I was interested in this sort of employment, I might set a parameter to the search that anyone requiring an updated resume represented too mutually unknown a commodity for me.

I encourage you to push back against this low success game for matching candidates with employers. You don’t have to quit the game altogether, nor do you have to refuse to keep a current resume. Instead, just open your resume in Word, scroll to the bottom and delete the alphabet soup. Don’t slim it down, don’t reformat it, and don’t update it. Just delete it. If not having “UML” in a random place on your resume is the difference between some company calling or not, you don’t want to hear from that company anyway. The market is too good and your skills in too much demand for you to worry about that one company. Wait for a company that’s interested in you as a human. That company won’t care too much what your resume says and, when they find you, neither of you will be forced to settle.

It’s funny how both sides know it’s a game that play to make us feel important. The trick is getting both sides to stop playing. I’ve been thinking about this issues lately. The resume is intended to help do a first-pass separation of wheat from the chaff. Of course, people can either (1) fail to promote themselves well (false negative), or (2) conflate their worth (false positive). Ideally we’d have some system that matches supply with demand. Recruiters attempt to do this, yet the results are mixed. It would be nice to know what companies would be a potential good… Read more »

I’m going to lay out a relatively long tailed proposal for this problem in Developer Hegemony, but in the shorter term I always think of it in terms of networking and diversification. Make a lot of contacts that you impress, move around some, and seek out sideline work. For me, if I were looking for paid work, I’d advertise it on the blog, reach out to friends, collaborators, former coworkers, etc, and see if anyone I was currently doing work with was looking for more of my work. I’ve developed this perspective where the thought of my trusting my long… Read more »

My primary tactic now is to just never apply to any position that lacks substance in the description/qualifications – which sadly is most of them. I simply refuse to waste any of my time with these types of organizations. My actual resume has a very targeted “technical skills listing” that applies only the position in question. Having worked professionally for about 12 years now, I have noticed a trend across the 4 salaried positions and handful of moonlighting gigs: every team that succeeded rarely hired through recruitment agencies, it was almost always word of mouth coming from within the existing… Read more »

Everything you’re saying here lines up with my experience. Things haven’t gone well for me, historically, when I take a “cold” gig through traditional recruitment channels. I wouldn’t do that again, myself. And yes on walking out. I left the last 2 salaried gigs I had with no offer in hand (the second one, for good), and I haven’t regretted it. I came into the workforce right as the dotcom bubble burst, so I was always incredibly leery of not having salaried work, but with the market the way it is, I just view life/career as being too short to… Read more »

My first and only job that I got through standard recruitment channels (my third position) was actually the most rewarding of my career! Everything else has been through word-of-mouth, and I’ve spent lots of time looking into opportunities brought by recruiters.

Cool that it happened that way for you with the most rewarding gig. I would hypothesize that your experience there is not the most common path, but it’d be interesting to do a poll and see if that help up.

Agreed – that one great result was an outlier, at least in my experience. However, it does make it hard to say “never again”.

BTW, I came for the TDD posts, but find myself nodding in agreement and passing along your career posts, too!

Glad to hear it, and thanks for the feedback!

This. Just…this. I cringe every time I look at my own resume, let alone one that belongs to someone else. I’m still early on in my career at ~6 years, and already I’m burned out with the resume pushing. I’m even more burned out with recruiting firms suggesting that I “beef up” my resume with cool or bleeding edge terms, or dressing it up for me after they slap their logo on it. It always reminds me of going to the cattle auctions with my grandpa. Right before being sent out center stage, the animals were poked and prodded, brushed,… Read more »

Hey, Tim. I suspect that what will happen is that companies are going to start adapting to BE the ideal that you want, even if they don’t exist yet. With developers increasingly opting out of the standard game even in spit of all of the free drinks and pool tables and flex time, it will dawn on forward-thinking companies to start asking developers what they want instead of telling developers how they work. The other day, I got an email from a recruiter talking about a company that offered the perk of 2 days working from home. I wrote back… Read more »