Don’t Be a Human Resource

It’s easy to wince when someone uses the term “resource” to describe a human being.  At least, it is until you’re desensitized to the word being thrown around in a business context.  After that, I think it’s a subtle form of signaling.  But I’ll get back to that in a minute.  Let’s do a thought exercise, first.

Imagine if one day you received a call from your friend who, after a bit of small talk, said, “I’ve been having something of a rough time since the breakup, but I think I’m turning a corner.”  Fair enough, but then things got weird.  “I’ve decided to get into the dating market to find a companionship resource.”  Wait, what?  “Yeah, and it’d obviously be great if they could also supply nice-to-haves like sex, dinners out, and small vacations, but I think companionship is a good starter offering.”  Holy crap, what?! 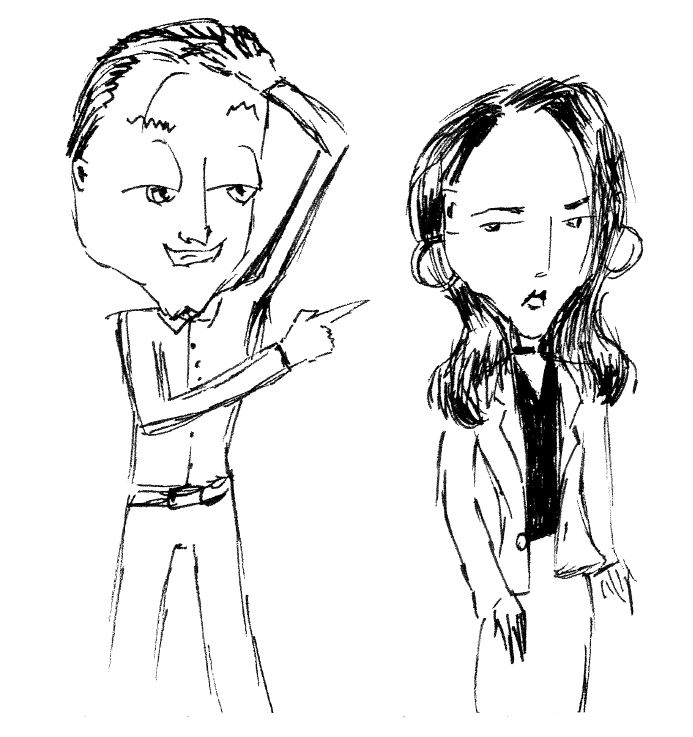 At that point, you’d probably be reconsidering the friendship and wondering when this person morphed into a sociopath.  Context is king, it would appear.

Okay, fine, context.  But what really gives?  Why is it perfectly normal to request a javascript resource but not a movie partner resource?  Why does it feel “leadery” when a business person talks about humans as resources when the same usage would feel decidedly creepy in a personal context?

This is where the signaling comes in.  I believe the answer lies in projection of the ability to make hard decisions.  Referring to people as resources indicates a cold, dispassionate view of them as simply the sum of the labor they can offer — nothing more and nothing less.  And, this sort of cold, dispassionate view tends to be associated with the sorts of people that have to make tough decisions about the fate of employees: i.e. corporate leaders.  So, saying “resource” is a signaling mechanism to indicate that you’re capable of the ability to situationally dehumanize.  And this is an ability necessary for top level management which is, occasionally, a ruthless pursuit.

Yes, I snuck in there a word that I meant.  Talking about people as resources is dehumanizing, and the ability to dehumanize is a trait valued enough in leadership roles to invite mimicry at all levels of the corporate game, from leaders to pretenders.  It’s particularly bemusing when line level employees refer to themselves and their peers as resources.  The cruel irony of this is something I’ll get to later, but, regardless of who uses this term and upon whomever they use it, the dehumanization is undeniable.

It’s not exactly surprising that there are folks who chafe at at talk of resources, then.  In my experience a decent cross section of people object to this dehumanization, however commonplace it might be in the workplace.  I think their objection stems largely from the reductive component — from the idea that humans can be reduced to a discrete set of skills and then swapped around interchangeably.  And, indeed, this seems reduction troubling.

But, strangely, the dehumanizing angle isn’t what troubles me about the term.

You probably are a resource

What bothers me about the use of the term in a business context is that it’s actually pretty accurate.  Companies tend to whisper a lot of sweet nothings into your ear about the perks of working there and then treat you like a resource.

The easy conclusion here would be to say, “Amazon deliberately runs its employees ragged because it views them as resources.”  But it’s subtler, more innocuous, and somehow infinitely sadder than that.  Amazon (and many other companies — Amazon just happens to be in the news right now for its suboptimal resource management) don’t try to run their resources ragged — that would be a poor use of resources — they just try to get the most out of them.

And sometimes, they miss and resources have nervous breakdowns.  Oops.  What a waste.  Correct course, dial it back a bit, and try again.  Like over-clocking a PC, you only learn the absolute limits by frying a few chips, and the material cost of those resources might prove worth the sublime performance that you realize, eventually.

Consider the first definition of resource that comes up via google (emphasis mine).

A stock or supply of money, materials, staff, and other assets that can be drawn on by a person or organization in order to function effectively.

Or, alternatively, consider this definition from businessdictionary.com (emphasis mine).

An economic or productive factor required to accomplish an activity, or as means to undertake an enterprise and achieve desired outcome. Three most basic resources are land, labor, and capital; other resources include energy, entrepreneurship, information, expertise, management, and time.

Two things stand out to me about these definitions.

To put it simply, you (specifically, your labor) are a resource to the company in the same way that a pile of gold would be a resource to the company.  The company is going to be inclined, in both cases, to protect the integrity of the resource when reasonable to do so, via safes and polishing or employee assistance programs and free sodas, as appropriate to the type of resource in question.  Resources are to be well cared for, but not necessarily consulted about their fates.

Gold doesn’t get to decide whether it will be used as an electric conductor or as a bracelet, and you don’t decide whether you’ll work in the Initrode or the Initech account.  You and the gold are both resources to be dispatched by those capable of strategy.  You have no more agency than the gold as long as you play this game.

Earlier, I mentioned that there was a cruel irony to people referring to themselves and their peers as resources.  The irony is simply this: they’re attempting to mimic power by conceding that they’re fundamentally incapable of it within their organization.  Earning promotions and even climbing into upper management isn’t real power because it involves no agency or ownership.  Even in those positions, you still serve at the pleasure of the owners — the ones who own and can use all of the company’s assets and resources.

Let me be clear: at your company you have always been, currently are, and always will be a resource.  But that doesn’t have to define your life.

Relax.  I’m not saying you should go quit your job and work only on startups that you found for the rest of your life.  That’s not going to pay your mortgage, and I get that.  But that doesn’t mean you should do nothing.  There are little steps that you can take and small victories that you can win.

If you work for a company that makes you sign a non-compete and claims ownership on your intellectual property outside of work, start looking for another job.  That’s toxic, debasing, and the ultimate robbery of your agency.  That is the epitome of being a resource.  Seriously, life is too short for that sort of indentured servitude.

Once you’re your own person again, build something small.  Ship an app or build a knowledge product.  Create something open source.  Carve out a tiny corner of the world where you’re an owner and not a resource.

Fan that little spark over the course of time, and let it grow.  Put some extra hours into it here and there.  Maybe sneak a few hours at work when there’s no way for you to be productive.  Or, better yet, find ways for the thing you own to serve your purpose at work.

It may never grow into your livelihood, and you might let it drop for periods of time when you’re too busy.  That’s fine.  Life is rough, and I can speak firsthand to the lonely pedestal of success that comes from 70+ hour weeks.  It’s perhaps not worth it.

But do something.  Find something.  We’re knowledge workers that can build valuable products and services with no more up-front capital than a computer and a bit of software.  We own our means of production, so we can choose not to cede them and become resources.  The choice is yours.  You’re only a resource if you let yourself remain one.

Great post Erik, in fact, all your last several posts on career have been. I’ve lost count of the number of conference calls I’ve been on with senior management and heard myself and my colleagues referred to as resources. It is dehumanizing, and it probably is a valuable ability for high level managers to be able to see people as resources. It still sucks. I think this is why my career path has led me from the large international, to national, to local, to (nearly, in a couple of months) working for myself. I don’t just want to be someone… Read more »

Yours is a similar path to the one that I’ve followed. What I can say about the difference as a contractor is that you wind up with enough diversification to start having a say in the work you will and will not do. I think that’s the critical difference.

If your company says, “I need a resource to do X, and I’ve decided it’s you,” walking away can have serious ramifications. If you’re diversified and one of your clients says this, it’s truly up to you whether or not you decide to do that work.

> Maybe sneak a few hours at work when there’s no way for you to be productive.

This is tremendously dangerous. Even in states where IP appropriation is unenforceable, working on company time or company property is generally enough for the company to get your IP. Please, please don’t advise people to endanger what should otherwise be in fact their own IP.

How would you feel about me doing a video response to this or something more conducive to a back and forth format? I feel like this is actually worth discussion that probably can’t easily happen via disqus comments or even a follow up post. TL;DR on my take is: I think you’re raising a valuable point that people should be aware of. It is conceivable that companies could pursue legal action, and that’s a risk. However, in terms of advising people, I’d still advise them to take the risk because I think the expected value of taking it is better… Read more »