Last night, I posted about my adventures with TDD in Java from a C# developer’s perspective. As I start to shake my Java rust off a bit, I’m enjoying this more and more, so I think I’ll keep this series going for at least a bit, documenting some of my trials, travails, successes and failures. I don’t know that I intend to turn this into a long-running series, but I’m hoping to throw enough up to get a test-conscious C# developer off and running with Java. 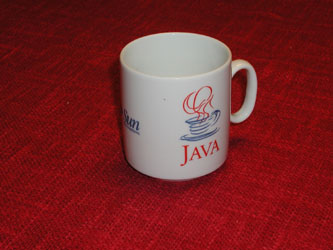 So, as part of this adventure, and to get off on the right foot, I’ve been referencing some external information. James Shore has been working on his blog series, “Let’s Play TDD” for over a year now. This is an excellent idea for those trying to get familiar with TDD as a practice. For me, I’m more interested in seeing the simple mechanics of testing in Java, such as where the handiest place to put the JUnit window is. Seriously. It sounds lame, but watching video of someone unit test in Eclipse is incredibly helpful for showing me little details that I’ve been missing and wouldn’t have thought to google.

Another reference is Jakob Jenkov’s tutorial on reflection for Java annotations. If you’ll recall, I mentioned this last time and, as it turns out, this, like many thing in life is possible. So, on that note and without further ado, here’s some code!

And Now For the Code!

These are two new tests that I added. The first one reflects on the light controller class, seeing if the light() method has an annotation of type RequestAttribute. The second test takes it a step further and sees if the first value of request mapping is “/light” (this is the base URL to which I’m going to map).

And, here is the updated code that this drove:

All I added was the annotation to light(). And this, unlike the last, more contrived example, I did in true TDD fashion. At this point, I should mention that I found a stack overflow question about whether or not testing for the presence of annotations made sense. Accepted answer seemed to say that it’s fine with a couple of dissenting responses below that.

Personally, as a mild digression, I find the dissent baffling, particularly if those people are familiar with TDD. I’m looking at my light controller class, which needs an annotation to work properly within the Spring MVC framework. It doesn’t currently have one. So… case closed. If I’m following TDD in earnest, I cannot go adding this without a red test. Uncle Bob is pretty clear on this point in his three rules of TDD: “You are not allowed to write any production code unless it is to make a failing unit test pass.” Now, I fancy myself more purist than pragmatist, so the reasoning behind this that speaks to me is that this is a testable alteration I’m making to my class, so why wouldn’t I test it?

Here are a few random things I learned during tonight’s foray into Java TDD: