Are Your Arguments Falsifiable?

Category: The Life of a Programmer Tags: Debate, Soft Skills

Editorial note: I’d like to clarify something here upon re-reading this post.  When I refer to not engaging comments, I’m talking about in other venues (other blogs than mine, social media, and sites like reddit).  On this blog, I do my best to engage with everyone that takes the time to leave a comment, regardless of its contents.  Please don’t read this as any sort of deterrent to commenting — keep ’em coming!

These days, I’m writing for 6 blogs besides my own.  All of the posts get announced on social media and some of them wind up on commentary sites like Hacker News or Reddit, which means that there’s a lot of surface area, so to speak, for comments.  I make a good faith effort to respond, but I must confess that my response/comment ratio is declining amidst lots of writing and my consulting practice.

My failure to respond to a comment tends to fall into one of three categories.

It’s this last, and admittedly enigmatic category, about which I’d like to talk today.

The Ones that Make Me Sigh

You’re probably thinking here that I’m talking about the occasional piece of random insult or profanity.  Perhaps someone leaves a comment on the site saying, “you’re a #&%$ing idiot.”  But no, it’s not that.  A comment like that (which is actually refreshingly rare) doesn’t induce much reaction in me one way or the other.  Just a half amused, half bemused, “well, okie dokie.” 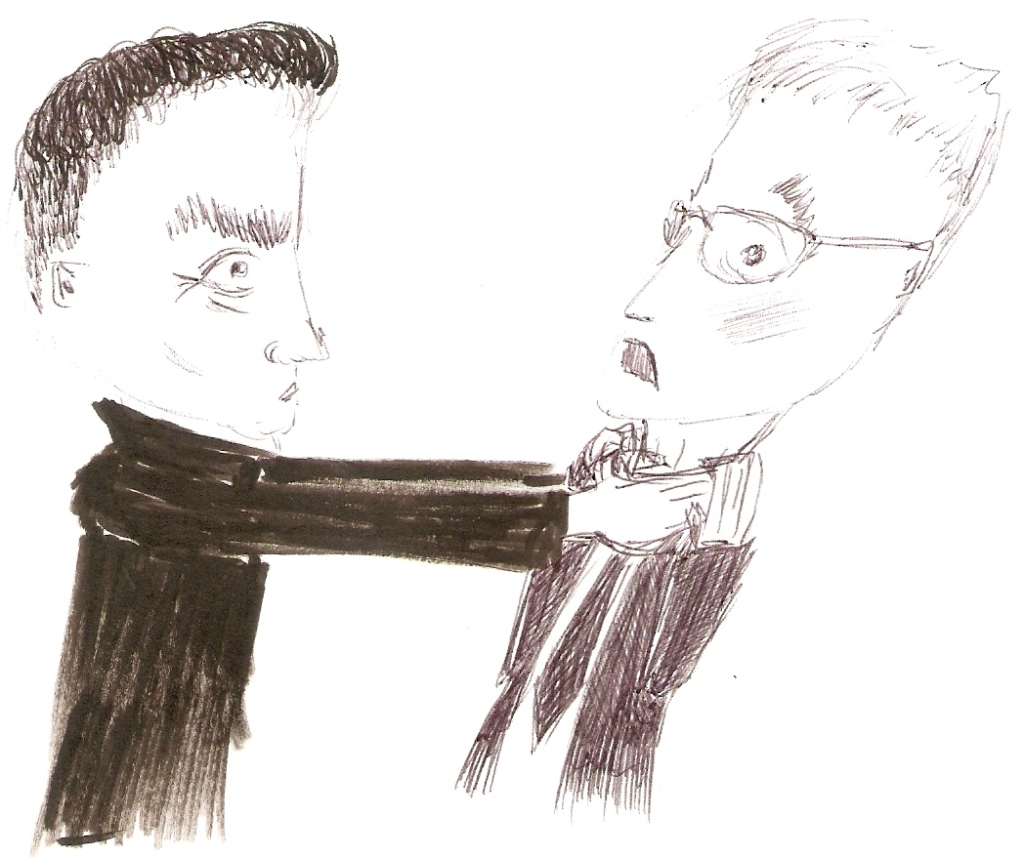 The ones that make me sigh are comments that I think of as “specious definers.”  They are thoughts offered as correction and conversation advancement, but that wind up falling flat in a subtle way.  Make no mistake — these are thoughts offered in earnest, and I’m not complaining about tone or being corrected or anything like that.  Rather, I’m lamenting that I read, re-read, and re-read again, and realize that what I’m looking at is a near tautology.  It’s a non-falsifiable closed loop, to borrow slightly from Karl Popper.

Let’s get out of generalities and deal with a couple of examples.  Please note at this point that I’m operating off of admittedly imperfect memory, and thus paraphrasing.  I don’t know where either of these examples is nor even in what medium it was offered.  But please believe that I have no real interest in distortion here — the critiques are not objectionable.

The first was a response to this post, entitled “it’s okay not to lead.”  The comment was, more or less, “I think you’re confusing managing with leading.”  Interesting take.

Seriously, I mean that.  When I read the comment, I thought, “that could be” (particularly since it was a cross post of something that I wrote months ago, so it wasn’t even fresh in my mind).  I presumed that the reference here was to some variant of an aphorism that you might see on LinkedIn, such as “when a manager speaks, I know that he is important, but when a leader speaks, I know that I am important.”  Perhaps the post focused too much on my own goals and career ascension rather than the other humans in question during these times.  Or, perhaps a change as simple as re-titling the post, “It’s Okay Not To Manage” would be in order.

I thought about it for several minutes… and then sighed.

If I ask google to define “leader,” the first thing I see is definition not by behavior but by appointed title.  The synonyms don’t do anything to dispel this notion either.  And, as if that weren’t enough, go google “manager versus leader” and you will find yourself awash, nay, drowning, in a sea of mid level managers waxing philosophical on the interwebs.  To cut right to the heart of what’s happening, people are grouping behaviors into “what the good guys do” and “what the bad guys do” and then reappropriating words into subjective definitions to bolster their categorizations.  “Managers are non-empathetic and self important, whereas leaders, like you and me, don’t even need the job title to inspire loyalty.”

Now I’m in a pickle.  How do I address this comment?  The critique is based entirely on a nebulously defined, subjective redefinition of multiple words.  What’s more, it’s literally impossible for the critique to be wrong.  If I counter it in any way, it could be ascribed to my “manager, not leader” thinking or else it could be re-countered with a quick re-redefinition of the terms.  It’s not possible for me to address a critique built on a foundation of special knowledge and definitions, anymore than I could address a critique that my post was way too “bistup.”

Sigh.  There was nothing to say.

I’ll spend less time on the other example since you will, no doubt, see where it’s headed fairly quickly.  One of the posts I’ve written of late about legacy code conceded that there’s a fair bit of ambiguity around the definition of that term and proceeded and established a working definition as axiomatic for the sake of the post.  I saw a comment in response that suggested my problem was that I was confusing “legacy code and “real, real, legacy code.”

Sigh.  I suppose I could have countered by circling the square with, “well you’re confusing legacy code with bistup legacy code,” but why bother?  There was nothing to say.

I pointed out instances that happen in response to blog posts because that’s common ground that we share, you and I.  You read some of these things and I write them, so you, perhaps, remember those posts and understand the context.

Contrast this with, say, a conversation that I had about a proprietary codebase at a client site, and it gets harder to share context.  But it happens there just as it happens in forums like blogs and social media.  People say things that sound pertinent or philosophical, but they turn out to be non-falsifiable injections into conversation that pause it without the prospect of advancement.  In fact, they probably stymie.

One of the things that I try to do is make claims that are, of course, based on evidence and deduction as much as possible, but that are also falsifiable.  “How will I know if  this is wrong?”  Of course, it’s pretty difficult to be thorough about this, since, in spite of my introverted protestations, much conversation happens too quickly for this level of rigor.

But, even in conversation that’s happening quickly, you can examine your arguments and positions if they’re lasting enough to constitute an argument.  As you’re disagreeing with the person across from you, are you making arguments that it would even be possible to disprove?  Or are you arguing that everyone’s favorite color would be yellow if yellow rendered in their brains the way it does in yours?

It’s deeply disconcerting to offer up only arguments that could be be proved wrong for fear that they will be.  But if your arguments could not be proved wrong, then they’re not actually saying anything at all.  And, if you do enough of that, rather than talk with and engage you, people will sigh and excuse themselves.

Sometimes I try to contribute, but my words don’t say clearly what I meant them to. So should I just shut up? You can sigh now. 😉

“Should I just shut up?” Definitely not!

That actually makes me think of something that I didn’t give a lot of consideration to when writing the post, which is that, rather than arguing correctness on the basis of a subjective or magical definition, people may be struggling to articulate.

In turn, that makes me think that the gap is a two way street here — I should probably, rather than just sighing and moving on, at least ask for clarification first.

As I read your carefully considered reply – for which I thank you 🙂 – an opposing view comes to me. 🙂 In an ideal world, you surely should ask for clarification. But, with finite time available to you, how much of it should you invest in a search for (possibly non-existent) value in my words? In other words, I think your points are well made. Even the very best approach is a compromise. Sometimes we will overlook a gem of meaning that is too well hidden. That’s life! 😉

“Sometimes we will overlook a gem of meaning that is too well hidden.”