Editorial Note: I originally wrote this post for the SubMain blog.  You can check out the original here, at their site.  While you’re there, have a look at CodeIt.Right to help you perform automated code reviews.

Today, I’ll do another installment of the CodeIt.Right Rules, Explained series.  I have now made four such posts in this series.  And, as always, I’ll start off by citing my two personal rules about static analysis guidance. END_OF_DOCUMENT_TOKEN_TO_BE_REPLACED

Quality Gates with NDepend to Help You Fail Fast

Editorial note: I originally wrote this post for the NDepend blog.  You can check out the original here, at their site.  While you’re there, take a look at Quality Gates and other NDepend features.

I had this car once.  I loved the thing, but, before the end of its life, my wife and I had developed sort of a running joke about it.  Specifically, if you wanted to see the “check engine” light come on, take the thing on a road trip.  About 100 miles in, that light would come on.

The fog of memory has probably colored this tale somewhat.  I can’t imagine that this happened before literally every driving trip we took.  But it sure seems like it did.  I can vividly recall the feeling of “something’s wrong” when we’d come too far to reasonably turn back but still had most of the trip in front of us. 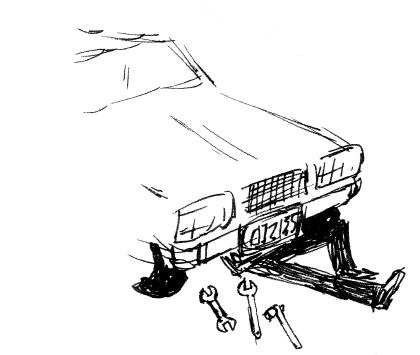 Against this backdrop, the wisdom of the software aphorism, “fail fast” hits home.  Had the light come on as we sat in the driveway, about to leave, we’d have had options.  Take my wife’s car.  Go to the dealership on the way out of town to make sure we could safely drive.  Something.  But, 100 miles into the trip, those options narrowed to “just keep going and hope for the best.”

If you must fail, better to do so early.

When I first started as a professional software developer, “the build” tended to mean something much different than now.  We’d code furiously for months or years, and then someone would blow the “code freeze” whistle.  Then, after some testing, the “build guy” would pull the latest stuff out of CVS or Visual Source Safe and work on turning it into something that could be burned on a CD and distributed.  The first inkling of possible build problems would come something like 96% of the way through the project.  Heck, at that time, we had “merge parties,” wherein merging integrating one another’s separately developed source code could take days.

This created serious risk for projects.  We had the ability to unwittingly introduce defects that would not manifest until perilously close to project release time.  Like my potentially ill-fated driving trips, a too-late warning could create unacceptable delays and logistical problems.

So we, as an industry, learned to fail faster.  We brought in the concept of continuous integration and a build machine.  At the very beginning of a project, set the thing up for regular integration and delivery to a production (like) environment.  Know quickly if you introduced something that would gum up the downstream works.

END_OF_DOCUMENT_TOKEN_TO_BE_REPLACED

Static Analysis to Hide My Ignorance about Global Concerns

Editorial Note: I originally wrote this post for the SubMain blog.  You can check out the original here, at their site.  While you’re there, take a look at CodeIt.Right to help you automate elements of your code reviews.

“You never concatenate strings.  Instead, always use a StringBuilder.”

I feel pretty confident that any C# developer that has ever worked in a group has heard this admonition at least once.  This represents one of those bits of developer wisdom that the world expects you to just memorize.  Over the course of your career, these add up.  And once they do, grizzled veterans engage in a sort of comparative jousting for rank.  The internet encourages them and eggs them on.

“How can you call yourself a senior C# developer and not know how to serialize objects to XML?!”

With two evenly matched veterans swinging language swords at one another, this volley may continue for a while.  Eventually, though, one falters and pecking order is established.

Static Analyzers to the Rescue

I must confess.  I tend to do horribly at this sort of thing.  Despite having relatively good memory retention ability in theory, I have a critical Achilles Heel in this regard.  Specifically, I can only retain information that interests me.  And building up a massive arsenal of programming language “how-could-yous” for dueling purposes just doesn’t interest me.  It doesn’t solve any problem that I have.

And, really, why should it?  Early in my career, I figured out the joy of static analyzers in pretty short order.  Just as the ubiquity of search engines means I don’t need to memorize algorithms, the presence of static analyzers saves me from cognitively carrying around giant checklists of programming sins to avoid.  I rejoiced in this discovery.  Suddenly, I could solve interesting problems and trust the equivalent of programmer spell check to take care of the boring stuff.

Oh, don’t get me wrong.  After the analyzers slapped me, I internalized the lessons.  But I never bothered to go out of my way to do so.  I learned only in response to an actual, immediate problem.  “I don’t like seeing warnings, so let me figure out the issue and subsequently avoid it.”

END_OF_DOCUMENT_TOKEN_TO_BE_REPLACED

You Can Use GhostDoc’s Document This with JavaScript

Editorial Note: I originally wrote this post for the SubMain blog.  You can check out the original here, at their site.  While you’re there, have a look at GhostDoc for your code documentation and help file generation needs.

I find it sort of surreal to contemplate that, given my own backstory.  Years (okay, almost 2 decades) ago, I cut my teeth with C and C++.  From there, I branched out to Java, C#, Visual Basic, PHP, and some others I’m probably forgetting.  Generally speaking, I came of age during the heyday of object oriented programming. 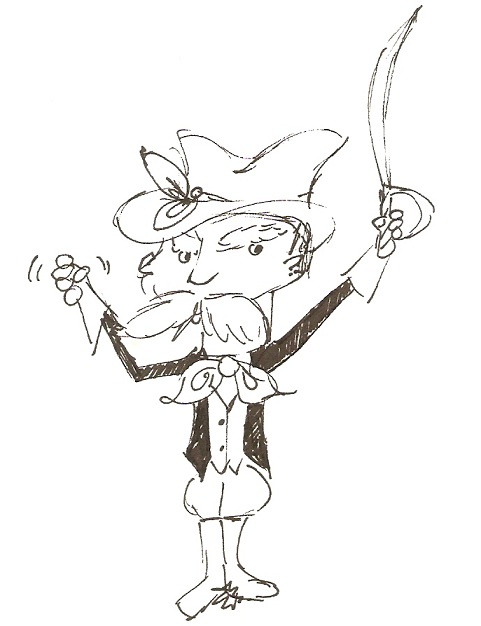 Oh, sure I had awareness of other paradigms.  In college, I had dabbled with (at the time) the esoteric concept of functional programming.  And I supplemented “real” programming work with scripts as needed to get stuff done.  But object oriented languages gave us the real engine that drove serious work.

Javascript fell into the “scripting” category for me, when I first encountered it, probably around 2001 or 2002.  It and something called VBScript competed for the crown of “how to do weird stuff in the browser, half-baked hacky languages.”  JavaScript won that battle and cemented itself in my mind as “the thing to do when you want an alert box in the browser.”

Even as it has risen to prominence and inspired a generation of developers, I suppose I’ve never really shed my original baggage with it.  While I conceptually understand its role as “assembly language of the web,” I have a hard time not seeing the language that was written in 10 days and named to deliberately confuse people.

END_OF_DOCUMENT_TOKEN_TO_BE_REPLACED

Editorial Note: I originally wrote this post for the SubMain blog.  You can check out the original here, at their site.  While you’re there, take a look at CodeIt.Right and see how you can automate checks for and enforcement of these rules.

In what has become a series of posts, I have been explaining some CodeIt.Right rules in depth.  As with the last post in the series, I’ll start off by citing two rules that I, personally, follow when it comes to static code analysis. 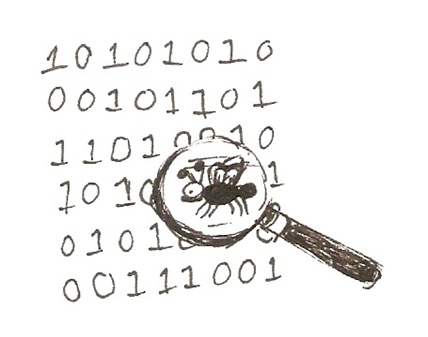