In a recent post, I talked about the importance of having Proto-Geeks in your software group rather than Loafers and the toxic impact of too many Loafers in the group. If you’ll recall, Proto-Geeks are automaters (in other words, developers) that are enthusiastic about new technologies, and Loafers are ones that don’t much care for it and have a purely utilitarian desire to automate. Loafers are interested in automating only to maximize their efficiency so that their benefit-to-effort ratio is maximized.

One thing that I mentioned only briefly in the last post was the idea that Loafers, in spite of having no love for new technologies or ideas, would have the best business sense. Where Proto-Geeks might go bounding off on unprofitable digressions simply for the sake of solving technological puzzles, Loafers will keep their eyes on the prize. I dismissed this as an issue by saying that Loafers were locally maximizing and self-interested rather than being concerned with the best interests of the group as a whole. In retrospect, I think that this is a bit of an oversimplification of both the motivations of the Loafer and the best way to navigate the balance between interest in new technology and conservative business sense.

Let me be clear: the best approach is to have as few Loafers as possible. So the real question is how to reign in Proto-Geeks and get them to have business sense. And I think the answer is a two-pronged one: use gamification strategies and do away with the tired notion that programmers don’t “know business” and that you stick them in a room, slide pizza under the door, and get software in return at some point. 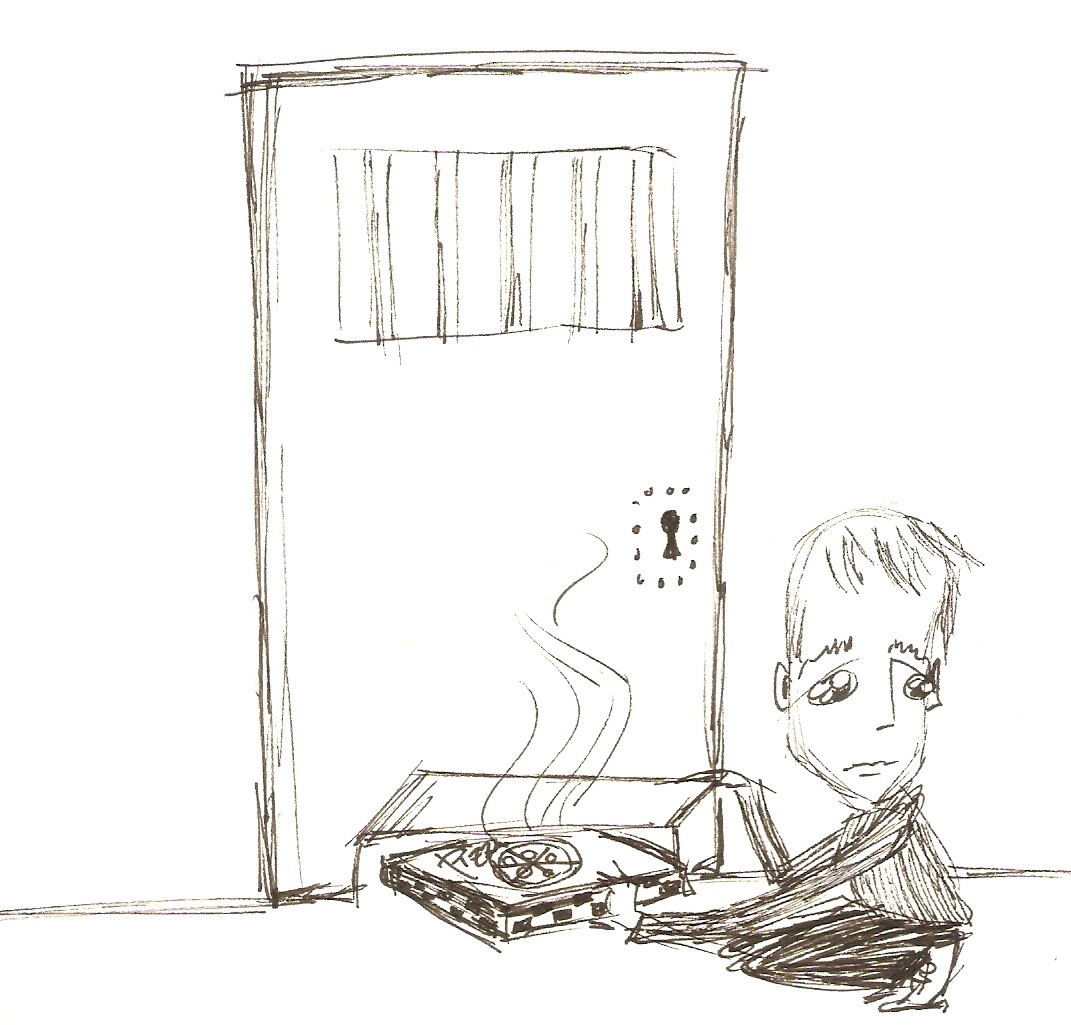 Typically, organizations create the role of “Project Manager” and “Software Developer” and, along with these roles, create the false dichotomy that the former “does business” and the latter “does technology.” Or, in the parlance from these posts, the former is a Fanboy and the latter is a Proto-Geek or a Loafer. There’s an interesting relationship between the project manager Fanboys and the Loafers, as compared with the PMs and the Proto-Geeks.

Specifically, PMs tend to like and identify with Loafers and be annoyed by Proto-Geeks. Why would Fanyboy identify with Loafer? That doesn’t seem to make a lot of sense, given that they’re in opposite quadrants. Fanboys root for technology while not being particularly adept or inclined toward automation on their own, while Loafers are leery of technology but reasonably good at automating things. So, what common ground do these archetypes find? Well, they meet in two ways:

If you consider the canonical question posed to Padiwan developers fresh out of school at an annual review, “do you want to be on the technical track to architect or the project management track,” you’re basically asking “are you a Proto-Geek or a Loafer?” If that seems like a harsh parallel to draw, think about what each response means: “I love technology and want to rise to the top of my craft,” versus, “programming is really just a means to a different end for me.” These are cut-and-dry responses for their respective quadrants.

So while you have one breed of Loafer that loosely corresponds to Lifer and just wants to bang out code and collect a paycheck, you have another breed that wants to bang out code just long enough to get a promotion and trade in Visual Studio and Eclipse for MS Project and a 120% booked Outlook calendar. Once that happens, it’s easy to trade in the reluctant automater card for enthusiastic tech Fanboy.

But a tension emerges from this dynamic. On the one hand, you have the people developing along the technical track, getting ahead because of their expertise in the craft for which everyone in the group is hired. On the other hand, you have a group that tends to underperform relatively in the same role, looking opportunistically for a less technical field of expertise and authority. The (incredibly cynical) logical conclusion of this dynamic is the “Dilbert Principle,” which holds that the least competent programmers will be promoted to project management where they can’t do as much damage to the software, consumed as they are with Gantt Charts and Six Sigma certifications and whatnot.

However cynical the Dilbert Principle might be and however harsh the “PM as disinterested programmer” characterization might be, there’s no altering the fact that a very real tension is born between the “tech track” and the “project management” track. This is exacerbated by the fact that “project manager” has “manager” in the title whereas “senior software engineer” or “architect” does not. Seem silly? Ask yourself what life might be like if Project Manager was renamed to the (more accurate) title “Status Reporter/Project Planner,” as observed on the Half Sigma blog:

It is often suggested that the most natural next move “up” is into project management. But the first problem with this situation is that project management sucks too. It doesn’t even deserve to have the word “management” in the title, because project management is akin to management as Naugahyde leather is to leather. Project planner and status reporter is the more correct title for this job. Once you take the word “manager” out of title, it loses a lot of its luster, doesn’t it? Everyone wants to be a manager, but few would want to be a project planner and I daresay no one would want to be a status reporter. Status reporting is generally the most hated activity of anyone who endeavors to do real work.

There’s little doubt that project managers are often de facto developer managers–generally not in the org chart, but certainly in terms of who is allowed by the organization to boss whom around. And so there tends to be a very real tension between the top technical talent and the top business-savvy talent. Ace Proto-Geeks resent being ordered around by their perceived inferiors who couldn’t hack it doing “real work” and ace Project Managers hate having to deal with prima donna programmers too stupid in the ways of office politics and business sense to put themselves on track toward real organizational power.

I submit that this is an entirely unnecessary wall to build. You can eliminate it by eliminating the “project manager” role from software groups. To take care of the “project planner” role responsible for perpetually inaccurate Gantt charts and other quixotic artifacts, just go agile. Involve the customer stakeholders directly with the development group in planning and prioritizing features. Really. Your devs are knowledge workers and bright people–you don’t need an entire role to run interference between them and customers. As for the “status reporter” role, come on. It’s 2013. If you don’t have an ALM tool that allows a C-level executive to pull up a snazzy, progress reporting chart automatically, you’re doin’ it wrong.

So the first step is to stop hiring Loafers with the specific intent that they’ll conflict with and reign in the Proto-Geeks. Running a business like US Congress isn’t a good idea. Split the meta-project/housekeeping tasks among the developers, rather than creating a clashing, non-technical position on the team for this purpose and pumping up its title in terms of office politics.

So you’ve eliminated the Loafers, but now you need to get your Proto-Geeks to think about the bottom line once in a while. You can round them up and lecture them all you like, and if you take a hardline kind of approach, it might work after a fashion. But I really don’t recommend this because (1) Proto-Geeks are knowledge workers that are very good at gaming metrics, and (2) real talent is likely to leave. You need their buy-in and this requires you to partner with them instead of treating them like assembly line workers.

But the thing that runs a Proto-Geek’s motor is automating things using cool tools and technologies. At their core, they are puzzle solvers and tinkerers and they enjoy collecting a paycheck for figuring out how to get their geeky toys and playthings to solve problems in your organization’s problem domain. You need some way to collect and analyze the performance of machines and workers on your manufacturing floor? Dude, they can totally do that with the latest version of ASP MVC, and they can even use this new open-source site profiler to analyze the performance in realtime, and… what’s that? You only need the site and you don’t want them to get carried away with the profiler and whatever else they were about to say?

Well, just present this need to them as another problem within your domain and give them another puzzle to solve. Challenge them to build a site with as few dependencies as possible or tell them that they get to pick two and only two new toys for the next project or tell them that they can have as many toys as they want, but if they don’t make their deadlines, they don’t get any for the next project.

Another great trend from a business geek perspective is the way that cloud solutions like Azure and Salesforce work, where extra CPU cycles, memory usage, and disk space actually cost small amounts of money in real time. Nothing drives a Proto-Geek to do great things like this level of gamification where he knows–just knows–that after an all-nighter and some Mountain Dew, he can shave $40 per day here and $120 per day there.

These examples are really just off the cuff, so take them with a grain of salt, but the underlying message is important. You don’t need to hire people that are skeptical of any release of VBA after MS Access 2000 or who want to coast through programming at the entry level until they have enough seniority to be project managers in order to have team members focused on making the business profitable. You just need to have innovative and appropriate incentives in place. It’s the Proto-Geek’s job to get excited about technologies and problems and using technologies to solve problems. It’s management’s job to give them incentives that make them want to solve the right problems to ensure profitability.

Is IT better for business than the way IT was? | Open Practice Trading Network

[…] this conjured up images of programmers who have been locked away in a dark room somewhere – and only fed by pizza slid…. Yes, we “old-timers in IT” are generally all aware and responsible for […]